Stocks in Europe have fallen again as political and economic tensions continue.

European countries and Russia have many trade relations and current sanctions against Russia can harm not only German companies. Slow, high-inflation economic growth can be very dangerous for the EU after years of expansionary monetary policy. The current price of DAX 500 is 13 905 (March 01, 2021). Let’s now look at statistical and technical analyzes.

Based on a long-term analysis of historical data, the average positive and negative daily returns are approximately 0.98% and -1.05%, respectively. The estimated daily return in both directions based on their probability of occurrence is 0.52% and -0.50%. Yesterday´s return was -3.85%, which is between the second and the third standard deviation! Our scoring is currently neutral (0) for the month-on-month change and -3 for price indexation. Both scorings range from -3 up to 3, which means that we estimate an extreme negative phase of the cycle. The development of the estimated cycles based on our analytical system is shown in the following chart. 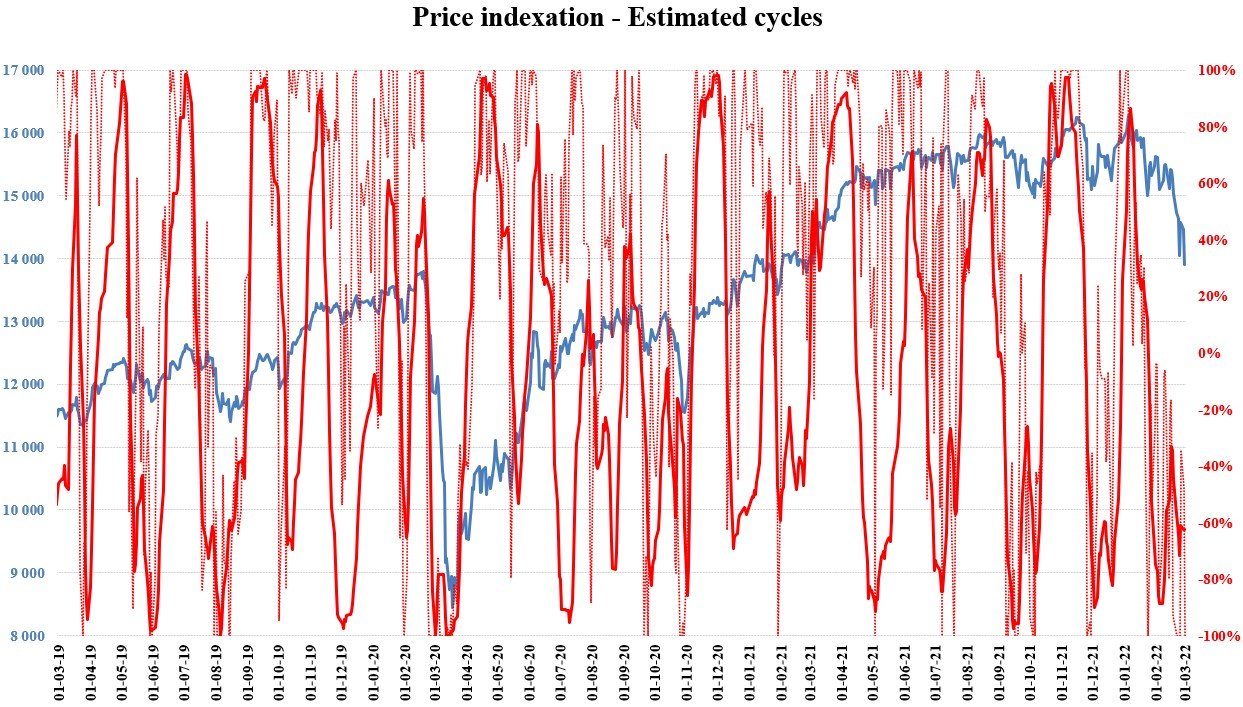 Different moving averages (MAs) help us better identify trends across multiple time frames. We use 3 basic MAs to find out which sentiment dominates each horizon. The purple line represents the monthly , the green line the 6 months and the yellow line the annual moving average. According to all MAs, the DAX is in a bearish sentiment because it is below them. In the case of growth, the monthly MA may be a resistance to the market price. 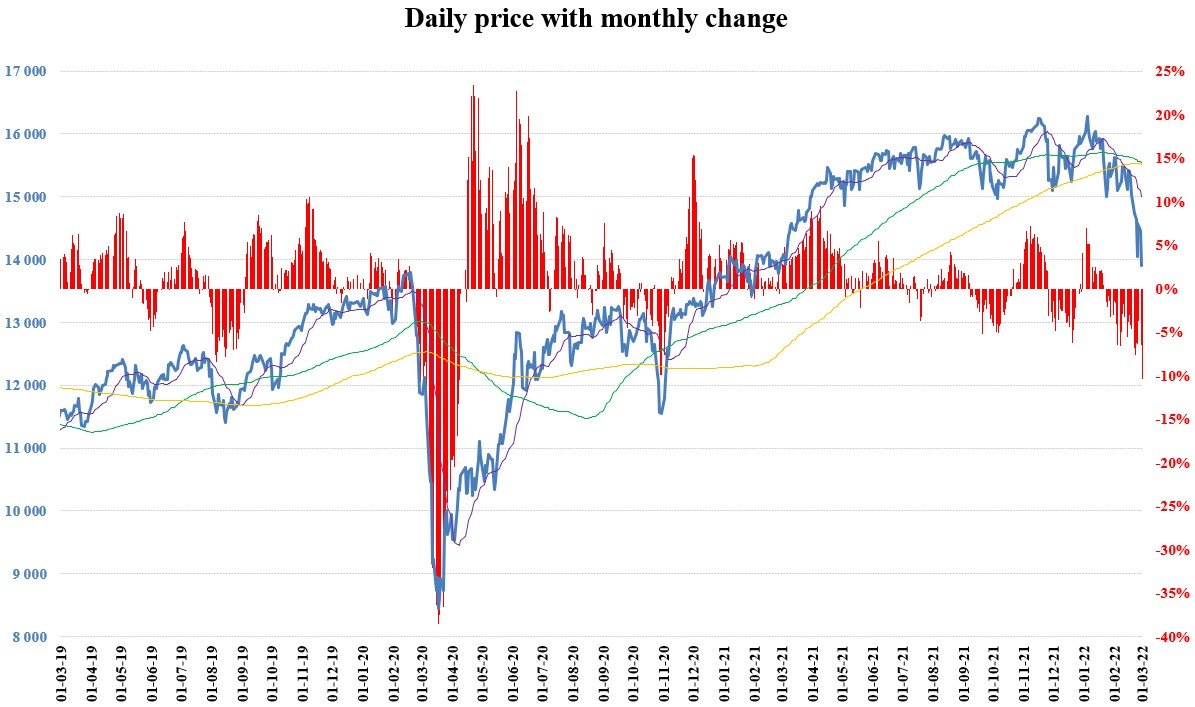 Since the beginning of this year, we have witnessed more downward trends, with the maximum level reaching 6 consecutive days, which is almost the maximum decrease (7 days) in the measured period. The upward trend in recent weeks have not exceeded more than 3 days. However, the maximum for the last 3 years is 8 days. We could use the average long-term ATR (Average True Range) obtained from daily data (1.26%) to estimate Stop Loss orders for our positions. The current value is 3.56%, which is almost three times the average. Approximately 90% confidence interval (return between -2.40% and 2.40%) is shown in the histogram below by a red rectangle. 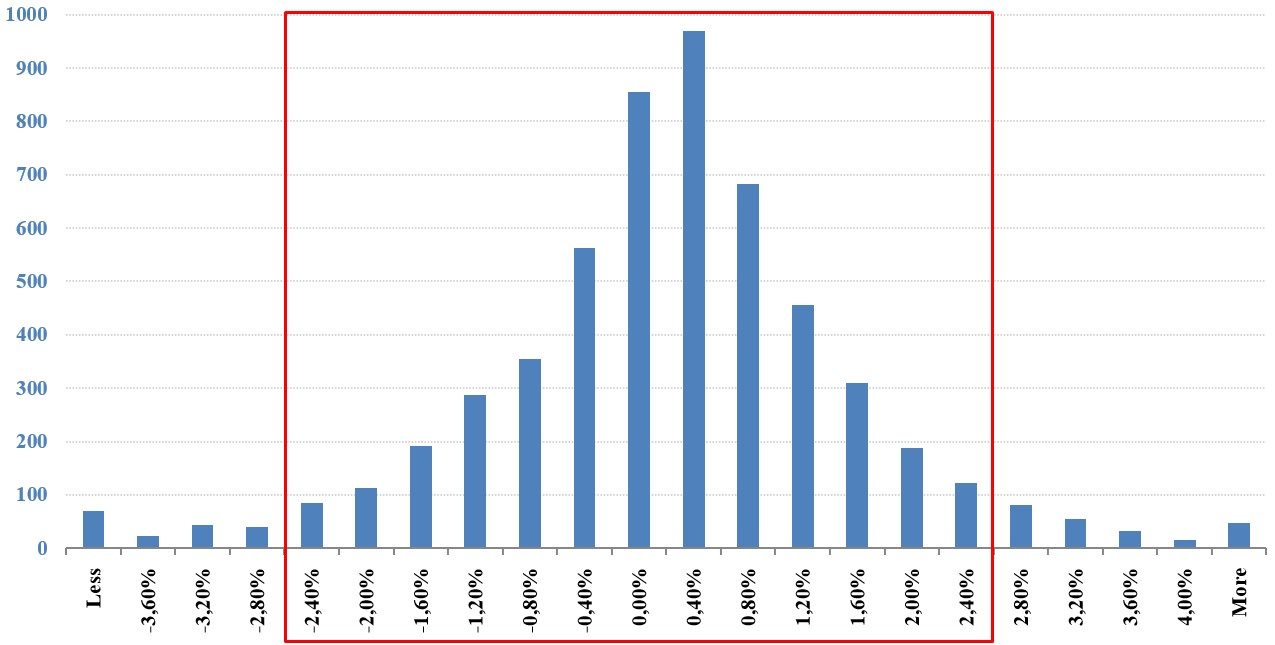 We could use the last decile of low to high returns (3.00% ) to estimate Profit Targets, as shown in the chart below. 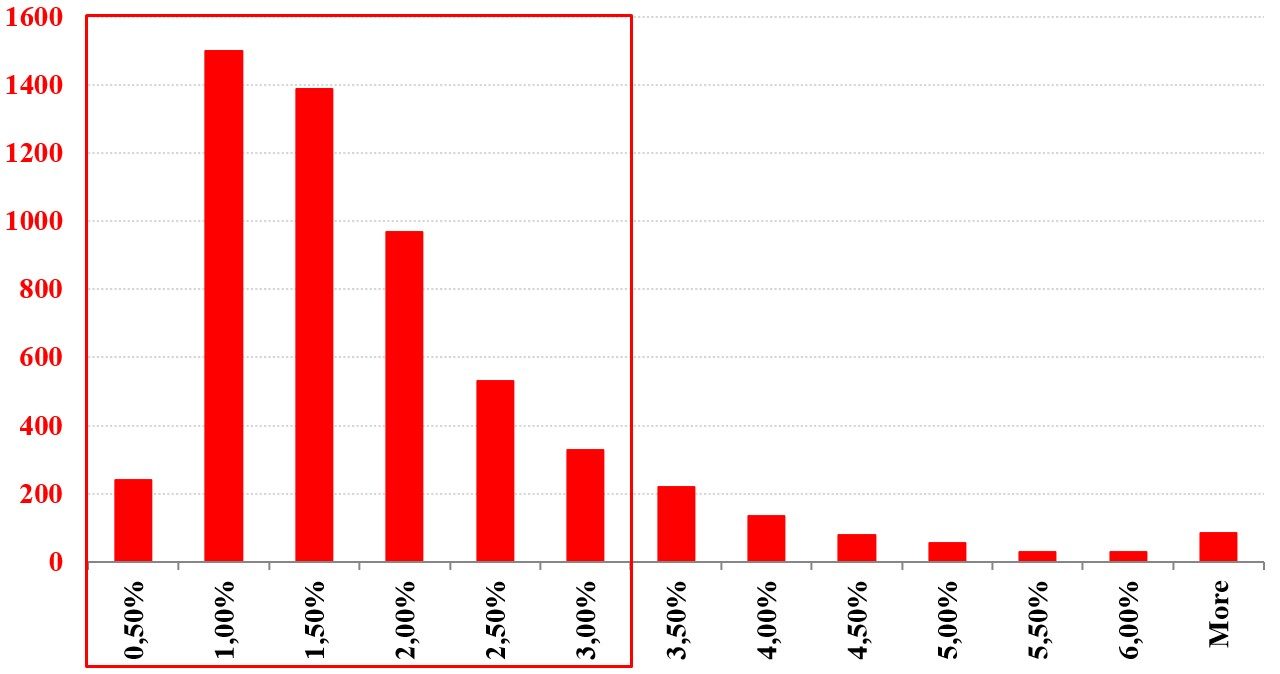 Basic technical analysis still supports bearish sentiment as the market price creates lower lows and lower highs. The DAX is currently in the demand zone (green rectangle), where is also the psychological level 14 000. The divergence between price developments and RSI currently supports a rather bullish scenario. However, the market price could set new lows this year if it falls below the zone. In that case, the bulls could be prepared to take power at the area of 38.20% Fibonacci retracement level and the psychological level of 13 000. 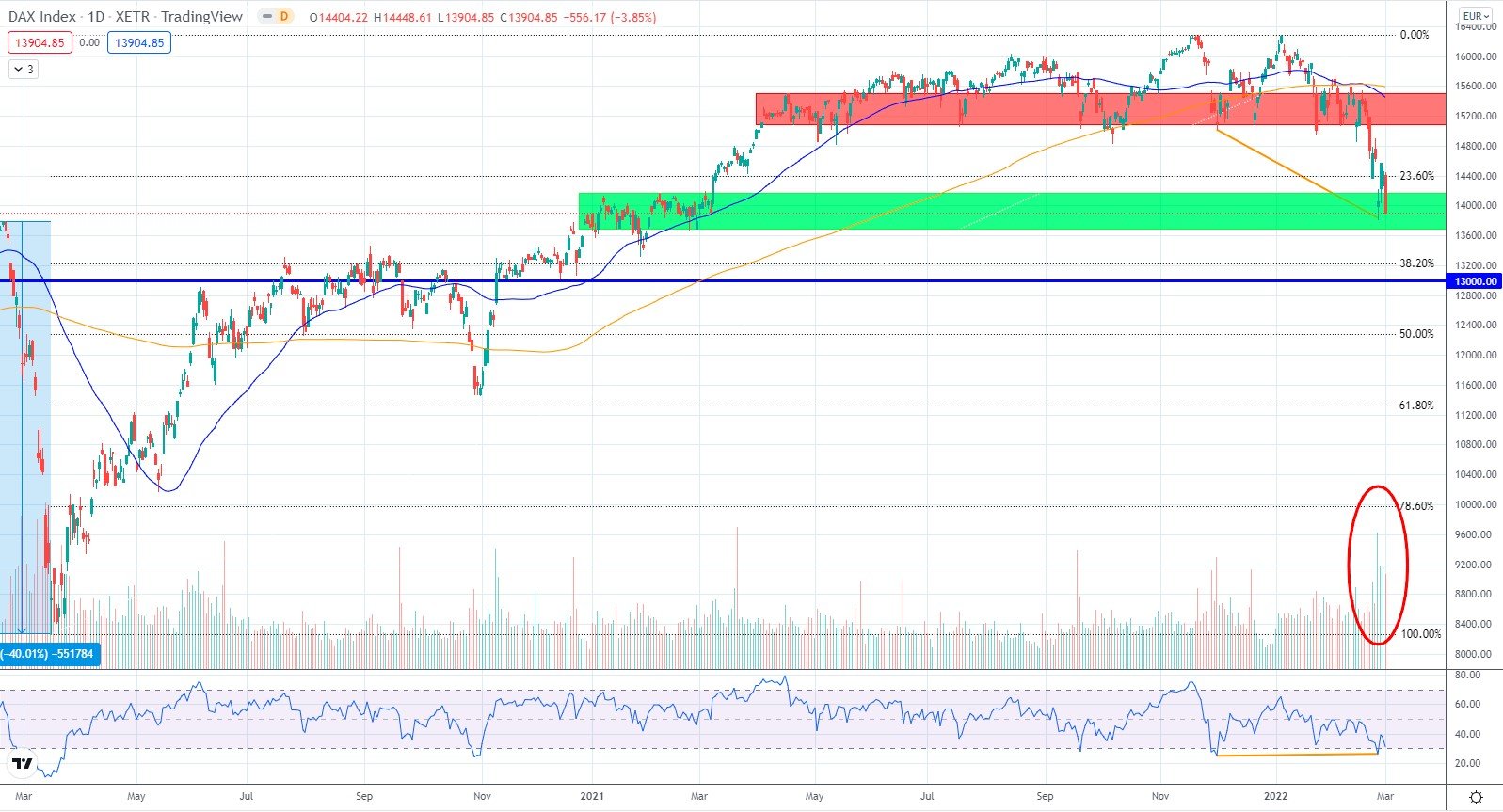 Gazprom has lost more than a quarter of its market value after the state-owned company decided not to pay dividends to its shareholders.
3 min

Netflix announced another round of staff layoffs

Netflix has already laid off 150 employees in May and it looks like it's still not over. Now it has announced the layoff of 300 more.