2022 was an ugly year for investors as most stock indices dropped. Even the biggest companies in the world suffered heavy losses, which drew stock indexes even lower. Some technical and historical signals point to a possible relief rally.

While US stock indices are just bouncing up, DAX almost erased half of its losses. DAX failed to stay above 16,000 while moving to a new year and dropped to 11,800 by the beginning of October. However, DAX is already hovering at 13,600 at the start of November, up 15% in just one month. Now it begs the question of whether the relief rally will continue.

DAX broke an important trend line that held the downtrend of this year and then confirmed a move to the upside with a little pullback, bouncing from a psychological level of 13,000. Now DAX hit resistance at 13,600 with a moving average (EMA200) that hasn’t been broken in almost one year. 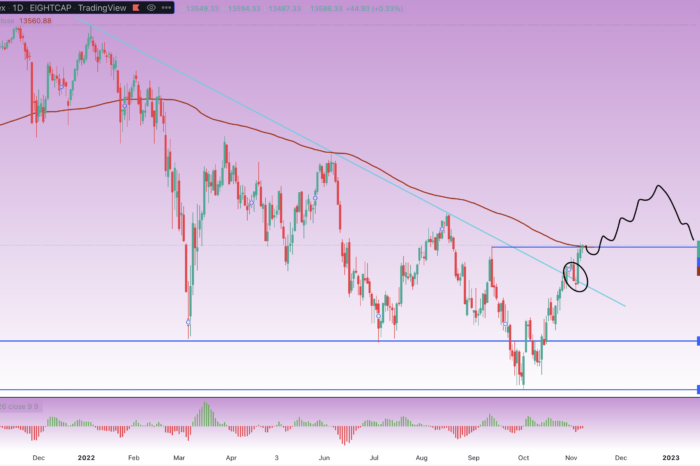 DAX seems to rise despite the energy crisis and record-breaking inflation, targeting 14,000 by the end of 2022. The European Central Bank was clear about future rate hikes, which could send DAX down again. The next ECB meeting is in the middle of December, so DAX could reach its potential target of 14,000 until the meeting. A strong bullish momentum is likely to prevail in the short run, but there is no need to get optimistic in the long run just yet.

After such a tough year, many investors anticipate stocks to offer a relief rally. While DAX is down only 16% from its all-time high (ATH), Nasdaq declined by 35% from its peak. This is because the tech index is more prone to market declines, and the fact that America awaits midterm election results. However, history suggests markets tend to rise following elections. More specifically, markets did well 17 times out of 19.

Now charts also have a say in this. Nasdaq clearly failed to break 11,000 and go below 10,000, bottoming at 10,440. The technological stock index recently created a higher low along with a divergence, which could mean a short-term relief rally. Nasdaq found its top near EMA200, so we could expect the same to happen in the upcoming weeks. 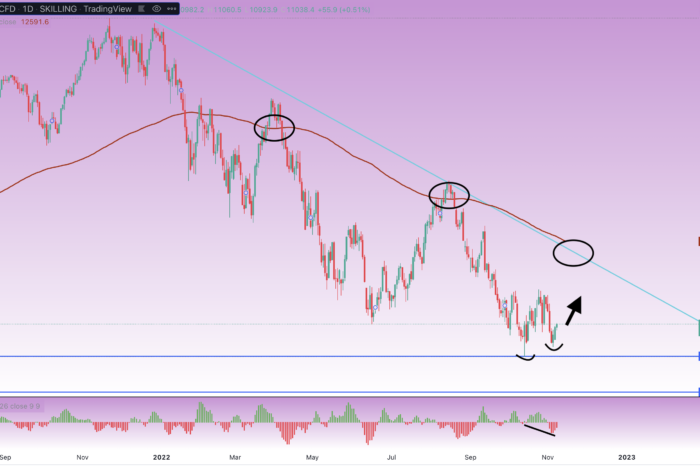 If midterm election results don’t create chaos in the markets, Nasdaq could potentially jump a little above 12,000 before we make another market evaluation.

Meta was one of the few companies in the S&P 500 index with a market cap of over $1 trillion, but it became the worst-performing stock in the index in 2022. Although the company already takes measures, such as employee layoffs to survive, it intensified the drop along with other companies. The S&P 500 found its temporary bottom at about 3,500, but slowly targeting 4,000.

Also read: LBRY plunges after losing to SEC – is Ripple next?

While Nasdaq is down 35%, S&P 500 is currently “only” 20% lower from its ATH. As the relief rally is making a quiet entry into markets, it could help the stock index to jump to approximately 4,000. The profit target is similar as with Nasdaq, eyeing the trend line and EMA200 as a dangerous zone to be in a long position.

Stocks are prone to a relief rally after a tough year. Huge market selloffs wiped significant valuations, causing the market to be oversold. For example, Meta is down about 75% from its peak, which may attract a lot of investors.

Many other stocks are in a similar position and this could help stock indices to jump higher. However, the bear market is not over yet, so they could start falling again in a few weeks.