Investment banks posted mixed results, dragging the index down initially, but it managed to erase losses to trade slightly higher on the day.

Earnings for the fourth quarter at Goldman Sachs fell by a greater-than-anticipated 69% due to a significant decline in dealmaking revenue and a more extensive provision for credit losses. As a result, shares declined 4% on Tuesday.

“Widely expected to be awful, Goldman Sachs’ fourth quarter results were even more miserable than anticipated,” said Octavio Marenzi, chief executive officer at consultancy Opimas. “Morgan Stanley, on the other hand, had results very much in line with expectations, with weakness in investment banking, but stable elsewhere.”

According to statistics from FactSet Research, the S&P 500 is likely to post a year-over-year fall in earnings of 3.9% for the fourth quarter. This would be the first annual loss in profits reported by the index since the third quarter of 2020 when earnings fell 5.7%.

Investors expect the Fed to help markets in 2023

In anticipation of less ambitious interest rate rises from the US Federal Reserve, as inflationary pressures have begun to lessen and there have been indications of a softening job market, the markets have enjoyed a solid start to the year, following sharp declines in 2022.

According to Reuters, the money markets now anticipate that the Federal Reserve will increase interest rates by 25 basis points in February and that rates will peak at 4.94% in June.

In other news, this month, the NYFed’s overall business conditions index fell nearly 22 points to -32.9, sharply below expectations.

With the exception of the COVID lockdown trough in May 2020, this is the worst report since March 2009, and it has contracted in five of the previous six months. New orders decreased roughly 28 points to -31.1, the lowest level since May 2020 and the third consecutive month of decline.

Technically speaking, the index has climbed above the 200-day moving average, likely changing the trend to bullish. The next target in this wave is expected in the $4,100 zone, where December highs are. 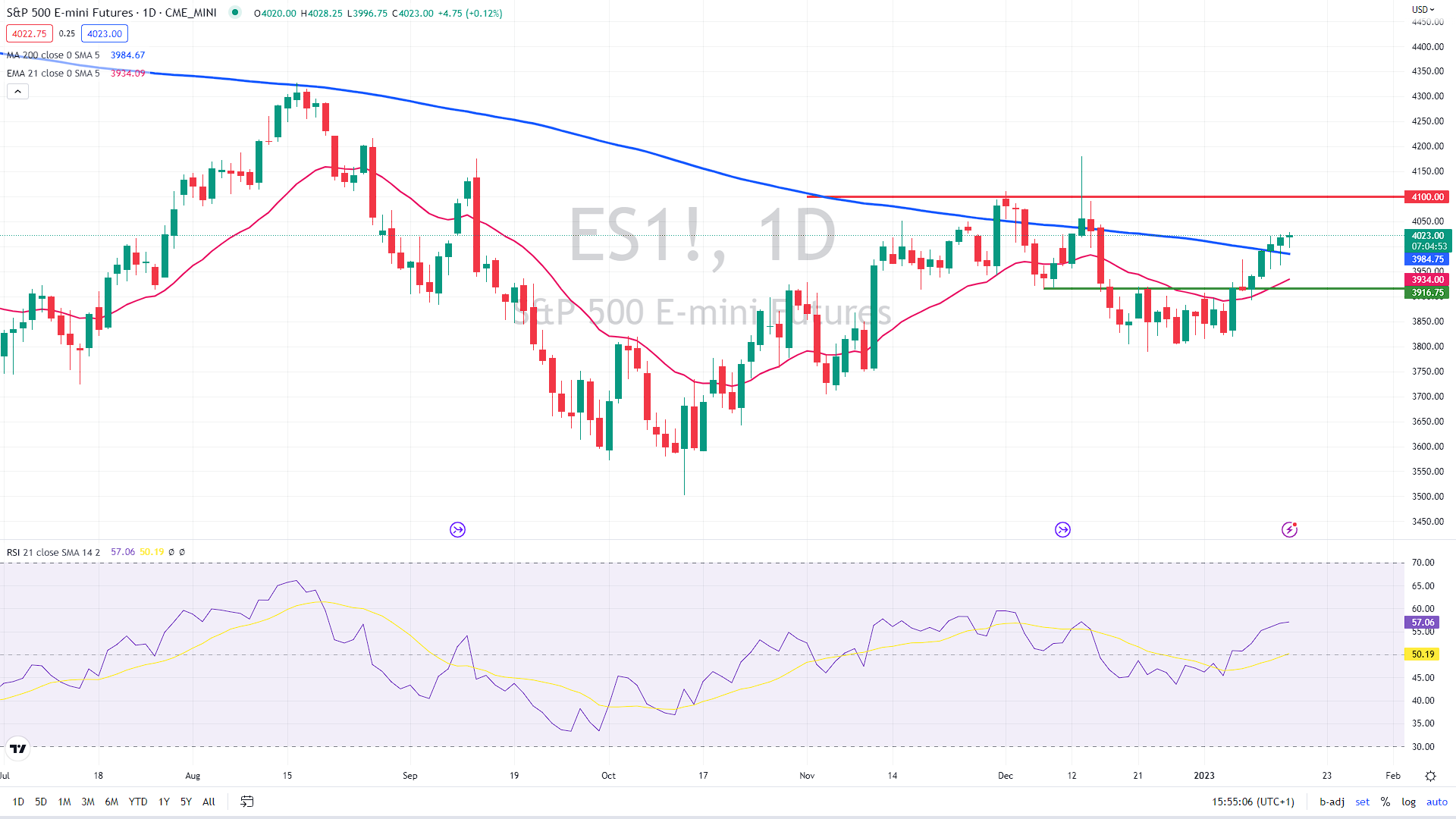