S&P 500 jumps up and down after US inflation data

Market players remained indecisive shortly after the US inflation data, as evident from the lack of direction in the markets.

Volatility has been elevated Thursday as investors digested the latest US CPI report, sparking steep movements across the financial markets.

US inflation slows according to expectations

Inflation climbed at a slower rate in the final month of 2022, continuing a positive downward trend in consumer prices after the Federal Reserve hiked interest rates to a 15-year high.

The Consumer Price Index (CPI) for December recorded a 6.5% increase over the preceding year and a 0.1% decline over the previous month, according to statistics released by the government on Thursday. This was in line with the consensus forecast given by Bloomberg.

You may also read: Focus on central banks: BoE will hike rates despite a recession

On a “core” basis, which excludes the volatile food and energy elements of the report, prices rose 5.7% annually and 0.2% month-over-month. The core CPI numbers were likewise in line with Bloomberg’s predictions.

“The month-over-month numbers tell us inflation is definitely moderating, but maybe not at the pace the markets were hoping for,” said Darrell Cronk, chief investment officer at Wells Fargo Wealth & Investment Management.

This data will play a significant role in the January 31 meeting of the Federal Reserve’s monetary policy committee. Central bankers have made it evident that they are not done raising interest rates. Fed Chair Jerome Powell emphasized the need for steady inflation on Tuesday, which might prompt the central bank to take unpopular but required moves.

5% or 6% for the terminal rate? Confusion is everywhere

Such confidence has helped equity markets in 2023, with the S&P 500 up 3.4% so far this year after recording its biggest fall since 2008 owing to the Fed’s quick interest rate rises in the previous year.

Another interesting topic: Focus on central banks: will ECB create havoc in Europe in 2023?

Still, despite the recent downtrend in inflation, JPMorgan CEO Jamie Dimon said in an interview this week that the Fed “may very well” raise interest rates to 6% to bring inflation “to where it needs to be.”

Recent Fed projections indicate that interest rates will peak at 5.1% this year.

The index is now trying to get above the 200-day moving average again, so far, unsuccessfully. Thus, the resistance near $4,000 stands still. On the downside, the next support could be found at around $3,915.\ 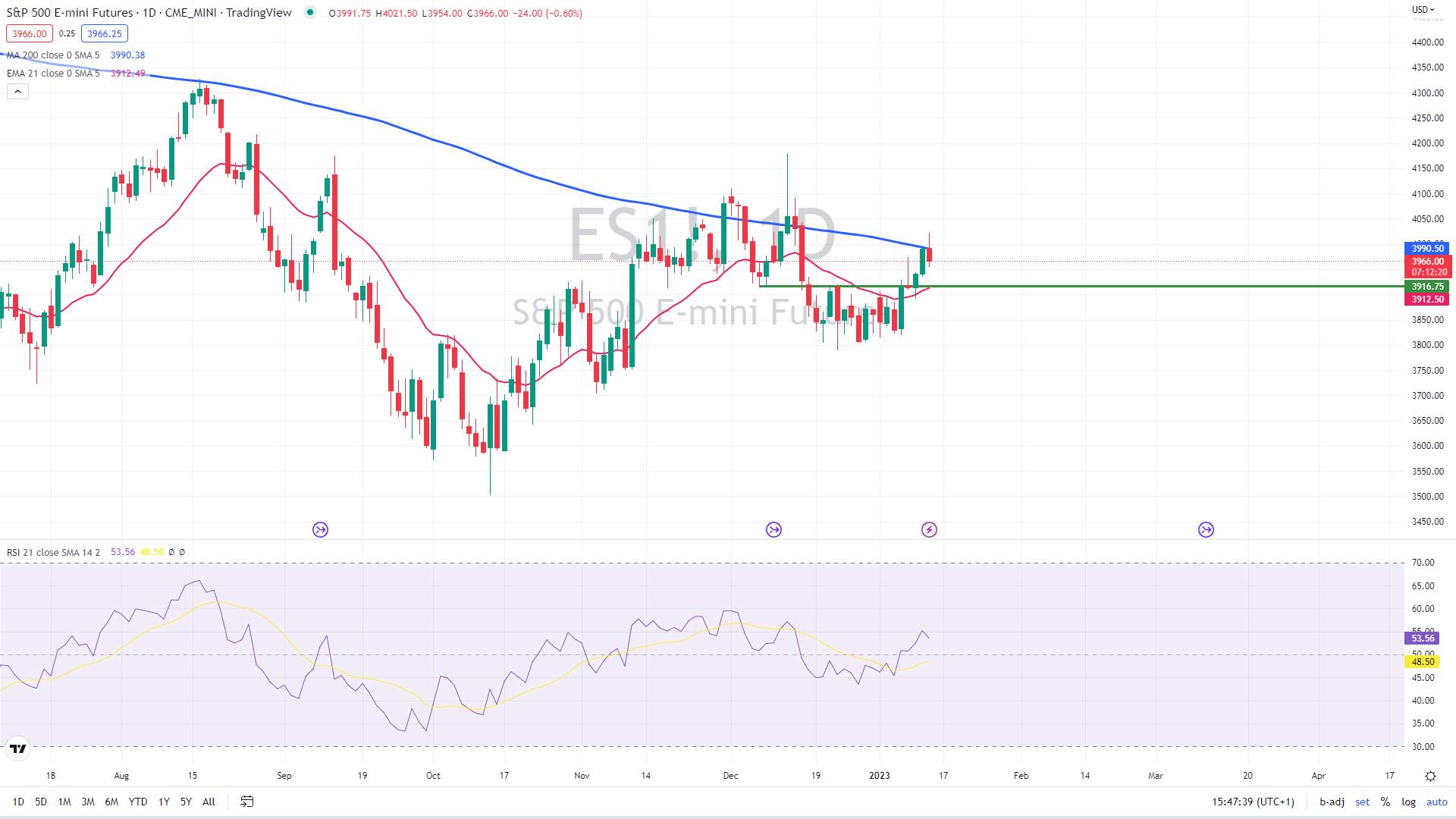