The price of silver was down circa 1% on Friday as a reaction to the recent batch of US data. Still, the metal trades at 7-month highs, hovering near $23.

Today’s headline non-farm payrolls came out at 263,000, up from 284,000 in October and above the market’s consensus of 200,000. This was the seventh straight NFP release that exceeded expectations.

Thus far in 2022, monthly employment growth has averaged 392,000, compared to 562,000 each month in 2021. The industries with the most employment growth in November were leisure and hospitality (bartenders and waiters), health care, and government. Conversely, in retail commerce, transportation and storage, employment fell.

Moreover, the unemployment rate remained at 3.7%, as widely expected. The average hourly wage increased 0.6% month-over-month, exceeding both the preceding month’s and Wall Street’s forecasts. In addition, annual pay growth was greater than anticipated, at 5.1%.

Tough times for the Fed

Fed Chair Jerome Powell might say this week that he and his colleagues might temper the speed and amount of individual rate hikes. Today’s jobs market results essentially serve as a hint for Fed officials to boost their benchmark policy further into restrictive territory.

You may also like: Salesforce dumps after CEO Taylor exits the company

Treasury Secretary Janet Yellen stated at a conference in New York earlier this week that the employment report is the most significant data point. This is being considered by policymakers when making monetary choices to restore price stability. Matt Maley, Chief market strategist for Miller Tabak agrees:

“The number one issue for the Fed has been wage inflation. Today’s much higher-than-expected data on average hourly earnings show that it is still a big problem. This will prolong the Fed’s current tightening policy.”

Although US employment data have demonstrated resiliency thus far, experts anticipate a decline in job creation as the delayed impact of increased interest rates catches up. For example, Bank of America anticipates the unemployment rate reaching 5.5% in 2023, while Morgan Stanley and Goldman Sachs predict 4.3% and 4.2%, respectively.

Bulls should remain stronger as long as the metal remains above previous highs of $22. However, if the price breaks below that support, a further decline toward $21.50 could occur. On the other hand, bears will be defending this week’s highs near $23. So far, the trend remains bullish. 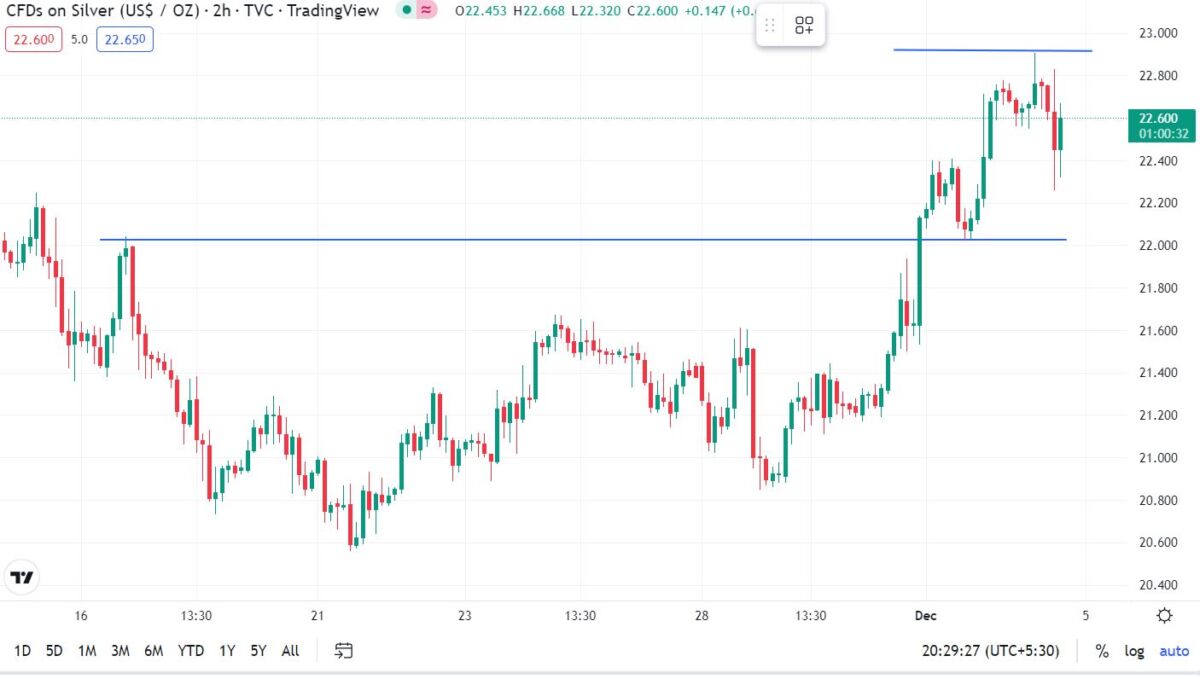