Saudi Arabia is best known for its oil production and exports. Now it also wants to go the way of a greener country.

Saudi Crown Prince Mohammed bin Salman wants to dedicate $2.5 billion over the next 10 years to a green initiative in the Middle East.

The goal is to reduce the region’s carbon emissions and partially offset its pollution. The entire Middle East already announced last year that they want to reduce emissions in the region through projects funded by the Clean Energy Fund. The fund is expected to reach a total size of $10.4 billion.

The entire initiative aims to reduce hydrocarbon production in the region by more than 60% in the coming years. Saudi Arabia even wants to achieve completely zero emissions by 2050. 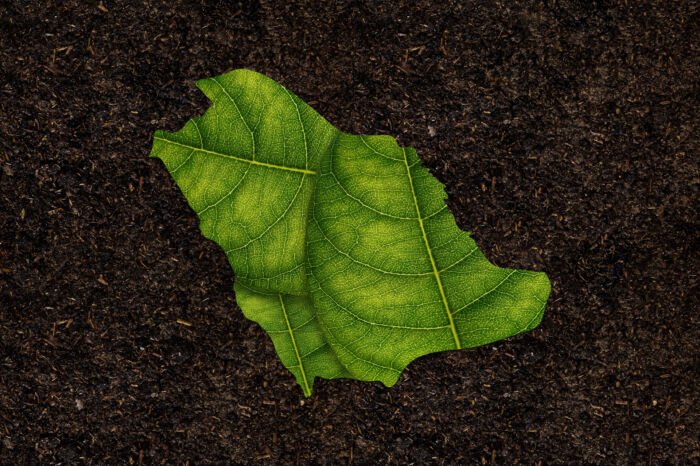 Saudi Arabia map made of green leaves on soil background

What will be the exact steps?

The whole initiative aims to make the Middle East a greener region. It wants to gradually plant up to 50 billion trees, which is expected to restore a green area of around 200 million hectares. The move could help reduce global carbon emissions by 2.5%.

At the same time, Saudi Arabia plans to focus more on renewable energy. By 2030, it would like to generate about 50% of its electricity from renewable sources.

We see similar moves towards sustainable energy around the world, whether in the form of large-scale investment in wind power in China or Europe’s efforts to develop more green hydrogen.

On the one hand, of course, any such initiative is beneficial. However, the entire investment is to be spread over 10 years and implemented gradually.

The question is whether all these steps are sufficient and can really help. Saudi Arabia’s investment is interesting, but let us think about whether a country that is one of the largest oil producers in the world could invest more. After all, in the first half of this year alone, oil revenues exceeded $60 billion. In this comparison, the $2.5 billion earmarked for the green initiative is somewhat insignificant.