This year, the company hopes to return to profit but is unwilling to disclose the exact outlook due to uncertainty surrounding the development of the covid-19 disease and the war in Ukraine.

Analysts have estimated the loss for the 12 months to March 2022 to be €370m. In the financial year ending March 2020, Ryanair posted a net profit of €1 billion. 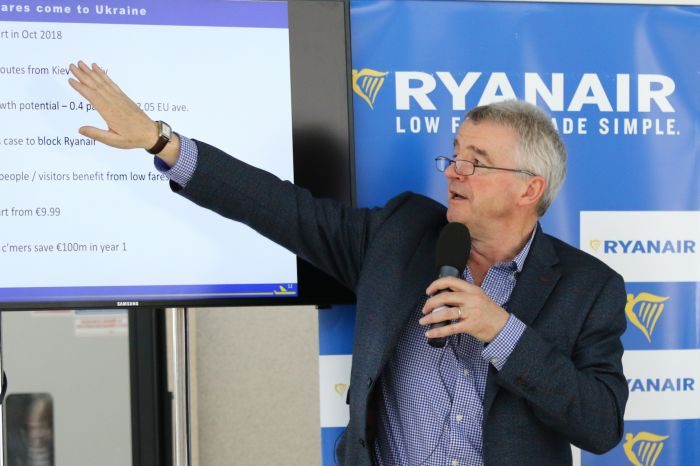 Revenues almost tripled to €4.8 billion thanks to a sharp rise in passenger numbers. Ryanair also managed to significantly reduce its debt to €1.45 billion from €2.3 billion a year ago.

However, Ryanair CEO Michael O’Leary said in a statement that it is “impractical, if not impossible” to provide a reasonable or accurate profit margin for the second half of the fiscal year. He blamed the possible continuation of the war in Ukraine and the spread of the covid-19 disease. He added that while bookings have been improving in recent weeks, he is a little concerned that competitors are talking too much about a summer recovery. He said there is a need to be cautious as an economic downturn is then expected in the winter.

Ryanair wants to focus more on social and environmental aspects

The company is going against the trend of reducing the carbon footprint of businesses and plans to increasingly reduce CO₂ emissions per passenger. In a statement, CEO O’Leary was clear on the subject:

“Every consumer who switches to Ryanair from EU legacy airlines can cut their CO₂ emissions by up to 50% per flight. Over the coming 5-years we expect our traffic to grow by 50% to 225m p.a. This growth will be delivered at lower fares but on a fleet of new B737 “Gamechanger” aircraft, which offer 4% more seats, yet burns 16% less fuel and reduce noise emissions by 40%.“

The next topic in the statement was the social one and there was a statement that Ryanair is not going to lay off any more staff but instead plans to create new jobs.

“Our growth plans to 2026 will see Ryanair create over 6,000 well-paid jobs for highly skilled aviation professionals all over Europe. Last autumn Ryanair invested €50m in a cutting-edge Aviation Skills Training Centre in Dublin and we plan to invest over €100m in 2 more, high skills, training centres.“