Russia is drastically changing the way it looks at crypto

Changes in the geopolitical situation force the country to consider alternative options for import and export payments.

In the past, Russia was known for its negative stance towards cryptocurrencies. There have been several attempts to ban the functioning of digital assets in the country and about two years ago, their use was even completely denied. The ban applied to using cryptocurrencies as a payment method and aimed mainly at protecting the domestic fiat currency. However, everything changed with the start of the war in Ukraine, and it seems that Russia is forced to consider alternative options that only recently were considered harmful by the authorities.

Russian lawmakers have historically opposed the idea of ​​using cryptocurrencies 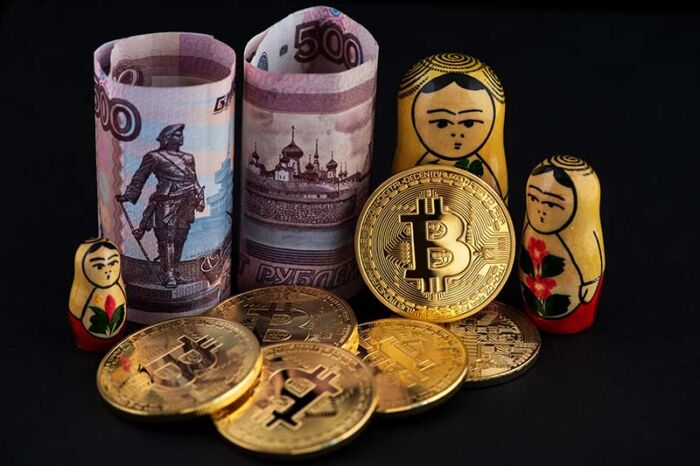 However, the situation has apparently changed due to the drastic economic sanctions imposed by Western countries after the invasion of Ukraine. The Minister of Industry and Trade declared in May that the government would probably have to legalise cryptocurrency payments sooner or later anyway. He was later joined by the governor of the central bank, who suggested that cryptocurrencies could be used in international payments, but only if they did not enter Russia’s domestic financial system. We’ll let you make up your own opinion about the logic of this reasoning.

This was stated by the Deputy Minister of Finance Alexey Moiseev, who cites “the change in the situation in the world” as the reason. The idea of ​​crypto payments in international trade appeared in Russia at the end of last year. However, President Vladimir Putin considered using cryptocurrencies to trade energy resources (oil, gas) prematurely. The central bank has significantly changed its rhetoric in this way and claims that cross-border payments in cryptocurrencies are necessary because of the current geopolitical conditions.

In a recent statement released by current Russian Prime Minister Mikhail Mishustin, he said that the government considers digital assets a safe alternative for cross-border trading. He also noted that Russia could use digital assets to strengthen its financial independence. Here, we are probably getting to the heart of this entire turning point of the Russian authorities and representatives of state power. The vast majority of the country’s imports and exports have been traded in US dollars in recent years.

According to information from the TASS news agency, the Central Bank has reassessed its relationship with cryptocurrencies and agreed with the Ministry of Finance on legalising cryptocurrencies for international payments. Alexei Moiseev reportedly added that these institutions expect a quick process from the point of view of adopting the necessary legislation. He also outlined the importance of enabling local crypto services, noting that many residents rely on foreign platforms to open new cryptocurrency wallets.

It can therefore be assumed that the authorities will strive to maintain control over the entire cryptocurrency management process. Of course, this idea points to a misunderstanding of the functioning of decentralised systems, which cannot be effectively hindered or wholly prohibited from using for specifically selected purposes. Russia has not actually changed its view on cryptocurrencies at all, and the proposed changes could help the country strengthen its financial independence. At the same time, it would reduce their dependence on the US dollar and it can use cryptocurrencies to effectively circumvent the harsh sanctions of Western countries.

What about cryptocurrencies? They do what they have always done. They independently serve anyone who needs to hold their assets and make payments without being subject to any restrictions. It might seem that they will assist a military aggressor after adopting the relevant legislation, but cryptocurrencies simply do not ask. This is precisely one of their most significant advantages, since one day, each of us may come into conflict, for example, with the state power.