Poland is about to build its first nuclear power plant. It sees this as a way out of dependence on coal, to secure electricity supplies.

We have seen recently that gas and nuclear power generation have become green investments in Europe. The current world energy situation some time ago forced even a country like Japan to return to nuclear power. Now Poland is also preparing to build its first nuclear power plant.

The Polish Directorate General for Environmental Protection has sent out materials to neighboring countries concerning the possible environmental impact of the project in a cross-border context.

Detailed information about the plant

The power plant should include all modern solutions in the framework of pressurized water reactors. It is likely to be located near Choczewo or Gniewino and Krokowa in the north of the country.

Read also: Weekly macro report – There is an opportunity

Poland will not be 100% the owner of the plant. It is provisionally expected that 49% will be held by the company that will build the plant. The latter will also share proportionally in the financing and operation of the plant.

Construction is due to start in 2026 and the first unit should be operational in 2033. The first unit should have a capacity of between 1-1.6 gigawatts. In the following years, the other reactors are to be gradually completed, with a total of 6 units. Each reactor is planned to be in operation for at least 60 years.

An official announcement by the government, including information on the selected firm, is expected later this year. 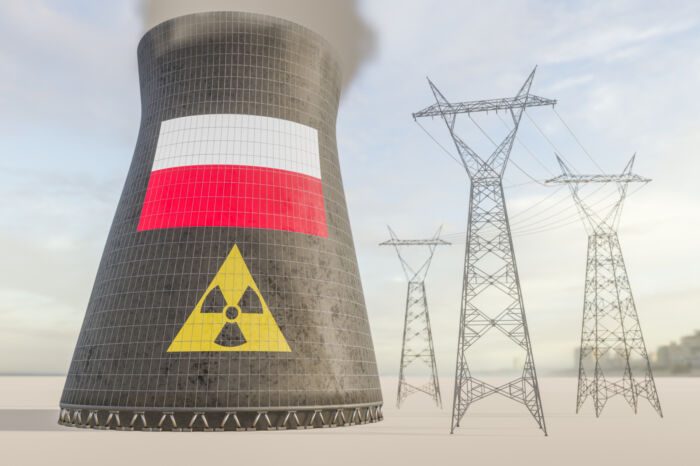 You may also like: Nuclear the new coal – US plans to transform its coal plants

Interestingly, however, Poland has only worked with US firms Westinghouse and Bechtel in the designs. They were the only ones given the data for the detailed design. The entire design for the neighboring countries was also developed using only US technology. It remains to be seen whether the European Commission will not mind this. Originally, companies from France and South Korea were also interested in building the plant.

Poland has had plans to build a nuclear power plant for several decades. They even had one plant already built, specifically in the early 1990s in Zarnowiec. They have even paid for 4 nuclear reactors from the Czech company Škoda. Eventually, however, the whole construction was called off.

The next plan was in 2009 when the original plan was to start producing electricity in this way from 2020. However, in 2011 after the Japanese disaster in Fukushima, the whole plan was postponed.