Will Europe be in recession?

Manufacturing sector could slip into recession this quarter. It's caused by Russian invasion, combined with the deeping cost-of-living crisis.

Activity at large and small global factories slowed in March. The Russian invasion of Ukraine, which has caused supply chain constraints, is a big reason of this. Several factors are now playing against manufacturers. Negative news from the world caused a reduction in demand and weakened confidence. The associated high energy and commodity growth are together creating a lethal combination. Not to mention that many manufacturers have not yet fully recovered from the Covid-19 pandemic.

Problems in the Eurozone

According to S&P Global, the final Eurozone manufacturing purchasing managers’ index (PMI) fell to a 14-month low of 56.5 in March from February’s 58.2, below the initial estimate of 57.0 but still well above the 50 mark that separates growth from contraction.

German manufacturers reported slower growth and much more pessimistic expectations for factory activity, and French manufacturing growth eased somewhat from the forecast. As far as Europe is concerned, the big industrial presence is automakers. Moreover, they are still dealing with the long-standing problem of a global chip shortage. 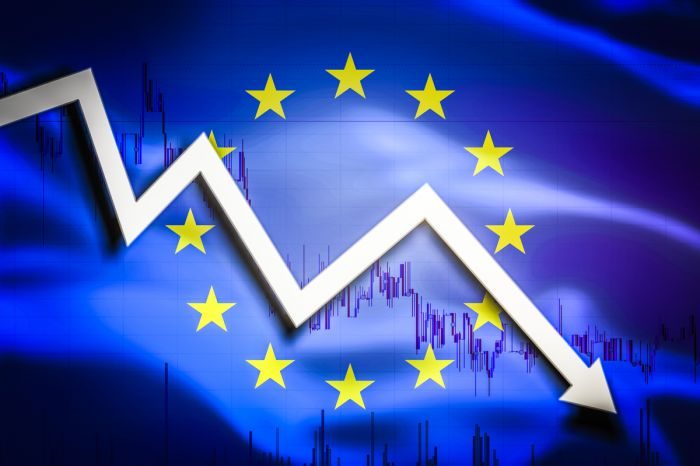 Read also: Another notch in the global supply chain

Confidence indicators in the region have slumped and the Eurozone’s future output PMI has fallen to its lowest level since May 2020, when the whole world feared a Covid-19 pandemic.

In the UK outside the single currency area, manufacturing expanded at its weakest pace for 13 months and price pressures, which had already shown some signs of easing, worsened. The UK is still trying to catch up with the effects of Brexit and a major labour shortage, which is not helping their economic growth much right now.