The Russian economy is facing a massive downturn

Russia's economy could shrink by 10 percent this year, the biggest drop in gross domestic product since 1994.

Russia is facing a sharp rise in consumer prices and capital outflows. At the same time, it faces a possible default after the West imposed crippling sanctions on the country to punish President Vladimir Putin for invading Ukraine.

A source close to the Russian government said that the economy ministry expects a decline of ten to 15 percent this year. According to the World Bank (WB) and the International Monetary Fund (IMF), the 10 percent reduction marks the biggest drop in GDP since 1994, the first years after the collapse of the Soviet Union in 1991. The WB predicted that Russia’s GDP would fall by 11.2 percent.

The Japanese government has adopted further sanctions against Russia over its invasion of Ukraine. Japan has now frozen the assets of 398 Russians. The sanctions also affect some companies and ban the import of some Russian products, such as vodka. 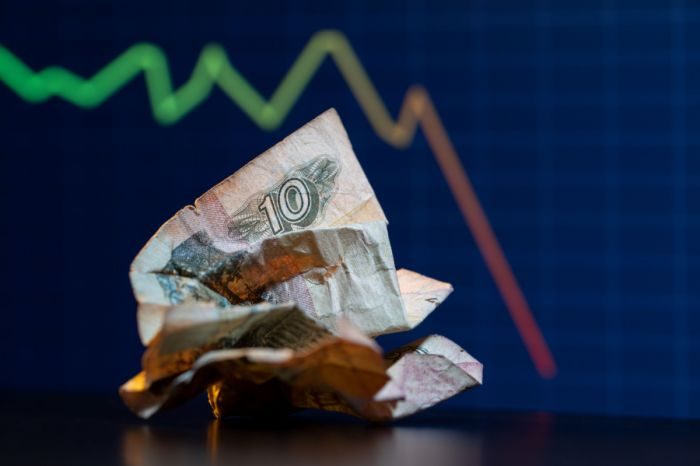 The asset freeze will also affect 28 Russian companies, mainly those with links to the military, and two banks, Sberbank and Alfa Bank. The ban on imports affects 38 products worth an estimated $129 millions a year and accounting for 1.1 percent of total imports from Russia to Japan.

“To prevent further escalation of the crisis, ensure a ceasefire as soon as possible and stop Russian operations in Ukraine, our country must adopt tough sanctions against Moscow in cooperation with the international community.”

Japan’s Minister of Economy, Trade and Industry, Koichi Hagiuda, stressed at a press conference that Japan will accelerate the process of reducing its dependence on energy supplies from Russia. Russian coal in Japan accounts for about 13 percent of the volume of coal used for power generation and eight percent of the volume used in steel and other industrial production.