The price of oil increased for a third day as traders considered the prospects for Chinese demand and an upcoming OPEC+ meeting. Data indicated a significant reduction in US oil stockpiles. On Tuesday, US oil futures increased by more than 2%, reaching above $79 a barrel. Prices briefly reached 12-month lows on Monday due to instability in China.

The industry-funded American Petroleum Institute reported that reserves had decreased by almost 8 million barrels instead of expected 2.8 million. West Texas Intermediate rose above $80 per barrel on Wednesday for the first time in a week. This led to a third day of price boost since Monday’s lows. Brent crude followed a similar pattern since Monday. The rally started from the bottom $80 mark and is going up for the third day with only slight corrections. Brent oil is currently holding a price comfortably above $86.50.

You may also like: More than 215 million people can officially pay with crypto

While markets in Asia were boosted by wagers on its economy further recovering, traders are also keeping an eye on the forecast for Chinese demand. The oil market will soon face several crucial days. Russian oil export restrictions will be discussed among G7 on December 5th. The European Union has yet to agree on a price cap.

The Organization of Petroleum Exporting Countries and its allies (OPEC), including Russia, will meet online on December 4th instead of in-person. Some now think a change in strategy indicates an easier rolling over of production levels. Some still anticipate the alliance to reduce supply in order to battle market weakness.

As the EU continues to consider a Russian price restriction, crude has increased recently. Without the regulations, businesses shipping the nation’s petroleum won’t have access to European or UK insurance, potentially endangering supply. European diplomats have been trying to reach an agreement on the size of the cap set by the US.

Bulgaria was granted a waiver, allowing it to keep bringing in crude oil and petroleum-based products by sea until the end of 2024. However, it is prohibited from exporting petroleum goods made in Bulgaria with Russian oil. After purchasing 181,000 barrels per day in October, the greatest amount in the previous 18 months, the nation bought 138,000 barrels per day in November.

US oil certainly looks bullish for the moment. With a third day on the rise, the bulls have smashed the psychological $80 resistance. In case the bulls continue their push, we can start monitoring the next resistance forming at around $82. This would reverse the price to last week’s levels.

In case the bears break the bull’s charge, we expect corrections to the above mentioned psychological $80. Below this level, we could re-visit the support of $78 or even $76.50 from a few days ago. 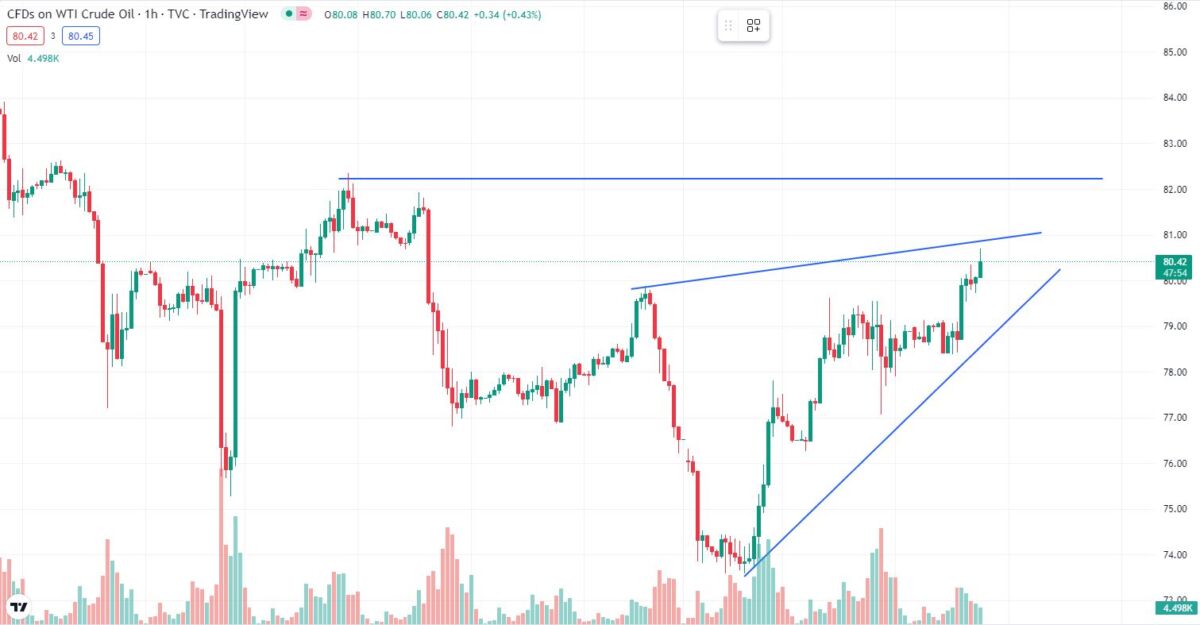