This week, the NZD has been under pressure as investors fret over the global growth outlook and the Federal Reserve's next move.

The kiwi tends to weaken as commodity currencies, and risk assets are battered by fears about global growth. However, at the time of writing, the NZD/USD pair traded 1% higher on Wednesday, erasing some recent losses.

However, according to ANZ Bank economists, the NZD/USD is on the verge of falling to 0.6230.

“Weaker growth and high inflation remain the primary concerns, and their impact has been bluntly but savagely felt across asset markets and commodities, with oil prices sinking despite Russia not backing down on its invasion of Ukraine thanks to softening resolve on sanctions by the European Union, and Saudi Arabia cutting prices.”

Later today, the US inflation numbers are due. CPI is predicted to fall to 8.1% from 8.5% in March on an annual basis. In addition, the Core CPI, which excludes volatile food and energy costs, is expected to drop to 6% from 6.5% in the previous month.

The new inflation data will assist the Federal Reserve in determining how far it needs to increase rates and tighten monetary policy to keep rising inflation in check. Uncertainty over the Fed’s next steps — and whether they will drive inflation down while avoiding a recession — has recently sparked increased volatility across risk markets.

Additionally, after boosting the policy rate by 50 basis points in June and July, Cleveland Fed President Loretta Mester indicated on Tuesday that the Fed would have to evaluate what further is required.

“I would say that (a 75-basis-point rate hike) is a low probability outcome given what I expect will happen in the economy over the next three to four months,” Atlanta Federal Reserve President Raphael Bostic said in an interview earlier this week.

You may also read: GBP/USD fails to stage a corrective rally, remains subdued

The kiwi has been down for seven consecutive weeks, a sizeable statistical anomaly. Thus, further selling seems rather unlikely, and we might see a relief rally in the following days.

Nevertheless, the outlook still seems negative, mainly if the pair trades below 0.63750. The short-term selling pressure could subdue if bulls manage to push the kiwi back above that resistance.

In that scenario, the next target could be in the 0.65 zone.

Alternatively, if the selling continues, the pair might decline toward 0.6230. 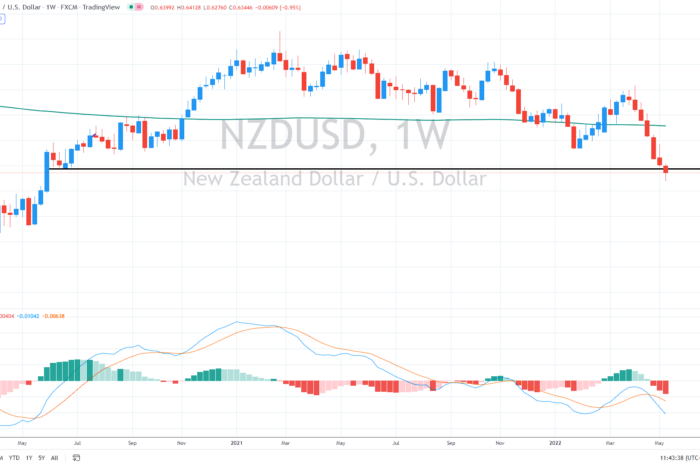