Traders continue to sell the USD, pushing the NZD/USD pair to its recent cycle highs.

The NZD/USD pair, also known as the Kiwi, continued in its uptrend today, climbing toward critical resistance as the anti-USD mood persists in the markets.

The Gross Domestic Product (GDP) of the world’s second-largest economy, China, grew by 2.9% year-over-year in the September-December quarter, according to official data released by the National Bureau of Statistics (NBS) on Tuesday, surpassing the 1.8% consensus forecast and decelerating from the 3.9% growth rate in the previous quarter.

Read more: Can the recent Bitcoin pump signal the end of the bear market?

Additionally, China’s December Retail Sales decreased by 1.8% compared to -the 7.8% projected and -5.9% before, while the nation’s Industrial Production increased by 1.3% compared to 0.5% predicted and 2.2% previously.

In December, Fixed Asset Investments decreased by 5.1% relative to the 5.0% predicted and 5.5% before.

USD is expected to drop further

The dollar continued to decline on Tuesday as investors are convinced it has reached a peak, as the US Federal Reserve is nearing the end of its rate-hiking cycle and inflation is declining.

“Global growth is showing signs of buoyancy, macro and inflation uncertainty are waning, and the USD is rapidly losing its carry advantage,” analysts at the investment bank said in a note.

The only US data release today will be the manufacturing barometer assessed by the New York Empire State Index, which will be followed by short-term auctions and a speech by NY Fed J. Williams.

More data will come on Wednesday, including US retail sales and PPI inflation, causing market volatility.

Also read: FTSE 100 touches record highs – where is the top?

As previously mentioned, the significant resistance of previous highs lies in the 0.6470 region. If the NZD jumps above it, the uptrend would be confirmed, likely sending the pair toward the psychological level of 0.70 later this year. 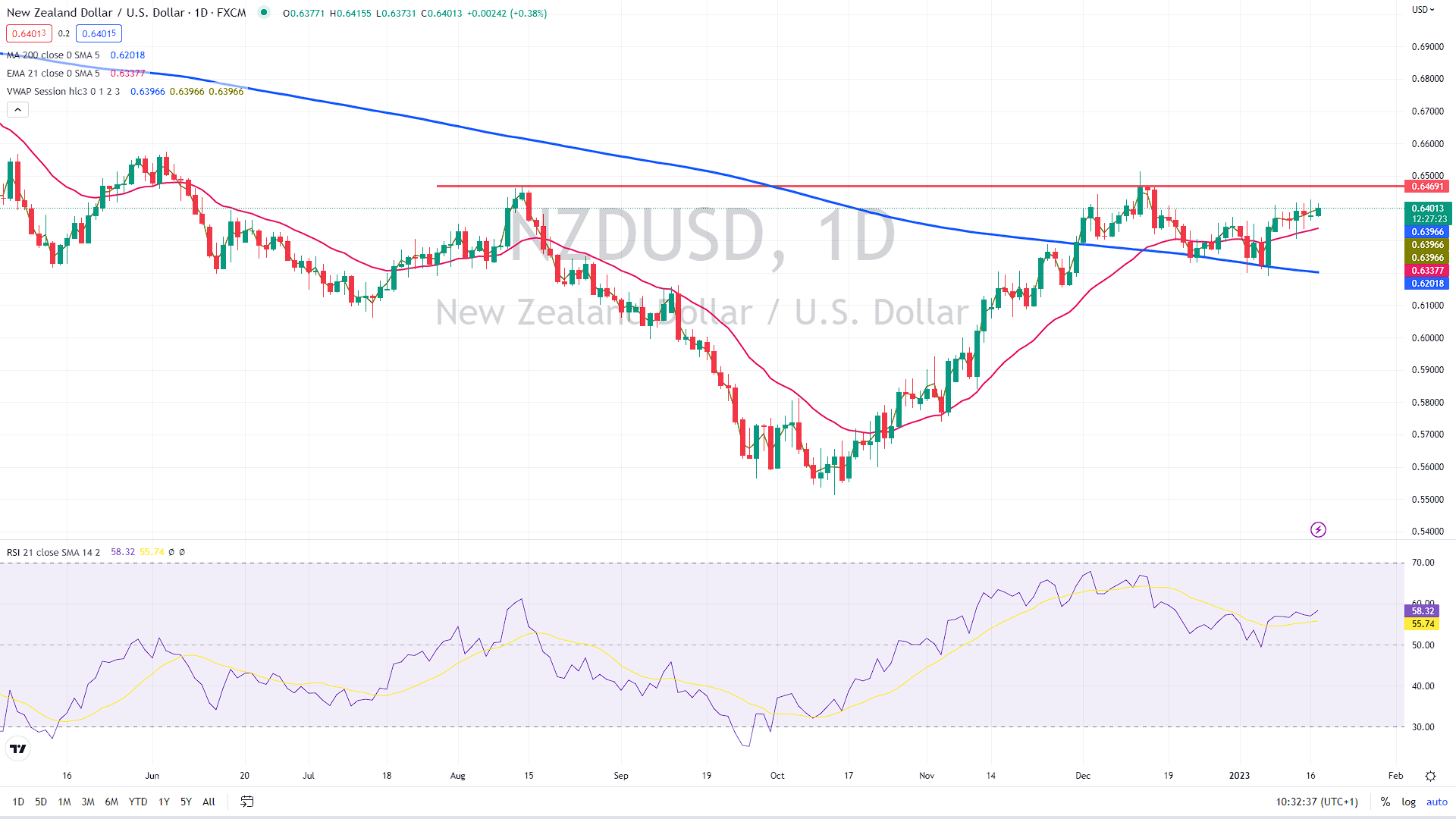