Last year pushed Bitcoin miners on the edge – will 2023 be different?

The Bitcoin mining game has changed a lot in the last 12 months in a rather negative way. However, the trend could take u-turn soon.

It’s not just investors who had it rough in 2022. Bitcoin miners’ operations have also taken a hit and they had to rethink their strategies. Bitcoin price declined, the hash rate grew, and some Bitcoin miners even had to file for bankruptcy.

Now that it’s 2023, we can finally forget about 2022, which was a terrible year for Bitcoin mining. All eyes are on the Bitcoin mining industry in this brand-new year. So what will 2023 look like for miners?

The bear market could be over soon

To be blunt, the price of Bitcoin is the single most important factor influencing the mining industry. So, to start, we attempt to do the mission impossible: forecast the future value of Bitcoin. There has been a striking similarity between the bull and bear markets that Bitcoin has experienced in the past, which serves as a great way to predict the future.

Also read: Peter Schiff states that Bitcoin is going to zero, yet again

The current bear market has been one of the longest-lasting in history, making it roughly on par in duration with the bear markets of 2014 and 2018. There is a close relationship between the current top-to-bottom drawdown of 78% and the maximum drawdowns of over 80% in 2014 and 2018. 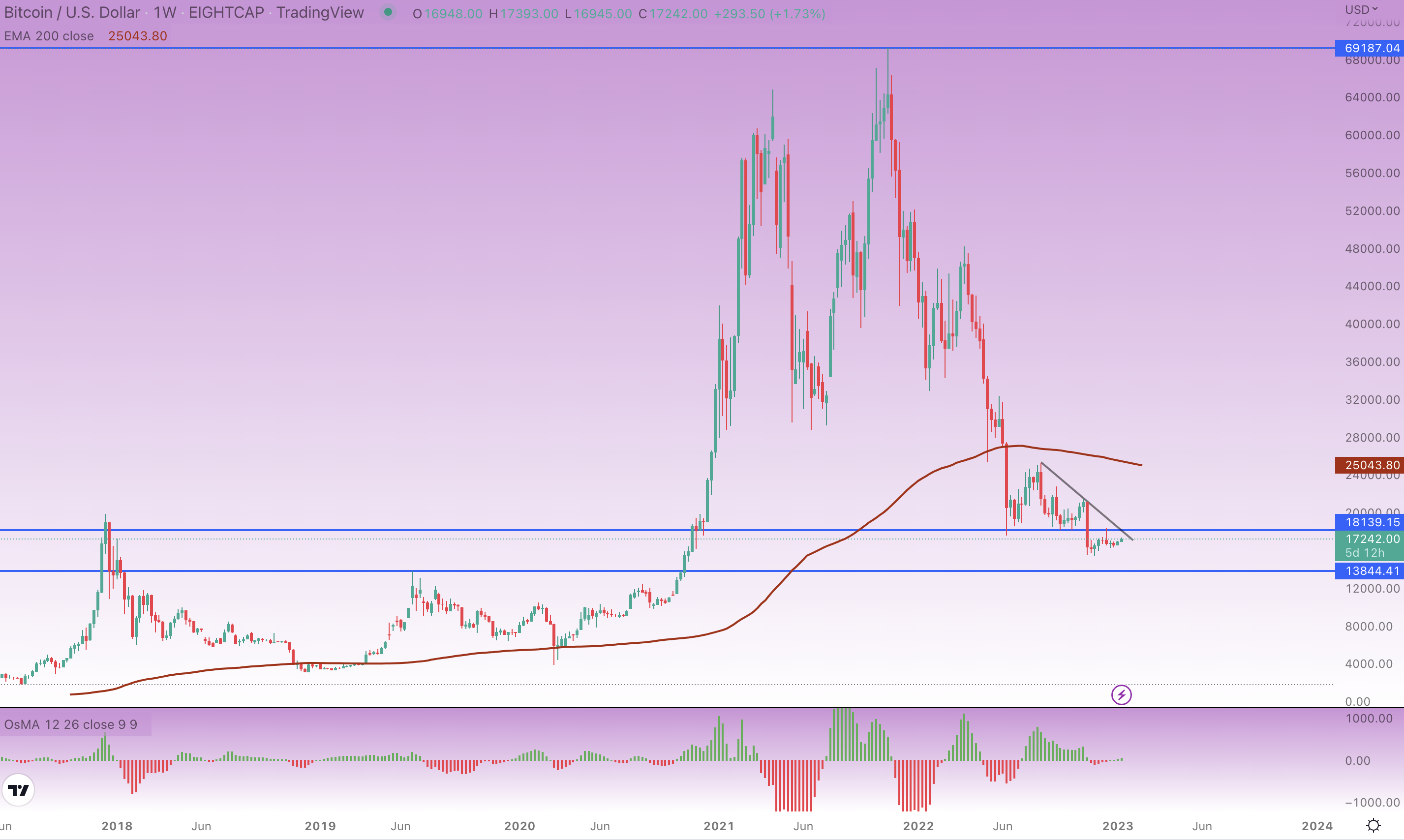 If past market downturns are any indication, this one should be over very soon, making it a good time for Bitcoin miners to add more exposure. Furthermore, Bitcoin’s extensive drop below $25,000 was caused mainly by forced selling as a result of the collapse of several overleveraged market participants.

In the absence of this compelled selling, the Bitcoin price would definitely be higher right now. The bankruptcy of FTX and other important industry players escalated the fear and chaos that has already been prevailing in the market. But that seems to be settled for now.

During market rallies, investors are more likely to put money into a publicly traded Bitcoin mining company rather than a private one. Nonetheless, there are a few drawbacks to being in the spotlight. As a public company, one of the biggest challenges is meeting the reporting requirements, which can be time-consuming and costly, according to hashrateindex report.

Many publicly traded mining companies have seen their market caps drop massively due to the recent bear market, making it difficult to justify spending millions of dollars on annual reporting. Going private could help these companies cut administrative costs by a significant amount. On the other hand, others may choose to merge instead to share administrative costs and take advantage of economies of scale.

The increase in Bitcoin’s hashrate will likely level off

The hashrate increased steadily throughout 2022. What has been observed over several historical cycles was recently verified. Considering the time required to produce mining hardware and set up mining facilities, the hashrate usually lags behind the price of Bitcoin by a few months.

Read more: The best Bitcoin conferences to visit in 2023 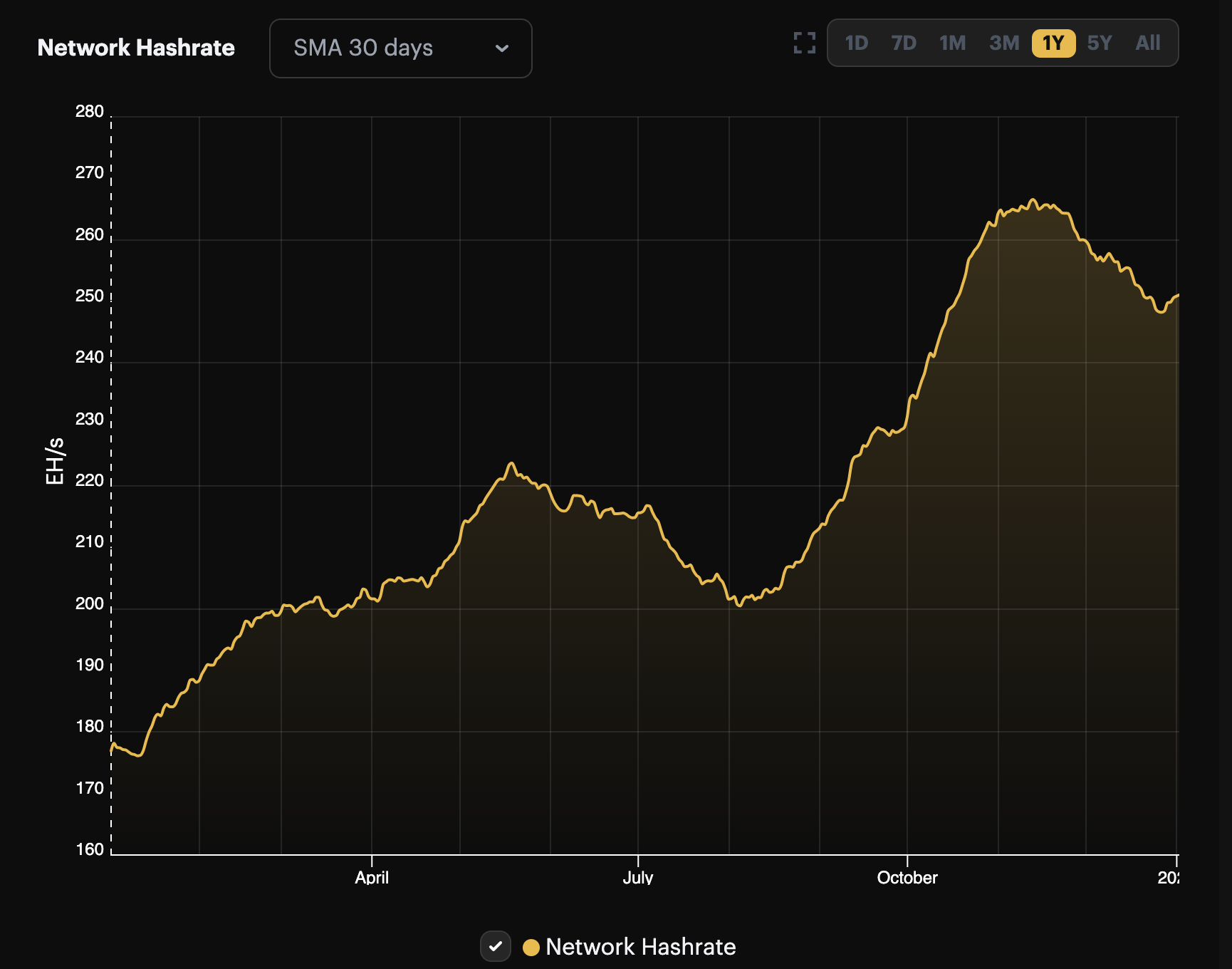 The first half of 2023 is when this delayed capacity is expected to become operational. The hashrate will then stop increasing and may even decrease depending on the price of Bitcoin.

The goal of the mining industry this year will be mainly to strengthen their financial positions and reduce operating expenses. As a result, some miners may be required to perform a debt-to-equity conversion or sell assets to reduce debt.

The adoption of more sophisticated risk management strategies will most likely shape Bitcoin mining in 2023. For example, miners can safeguard their cash flow by hedging electricity prices, which were one of the main sources of struggle in 2022.