While many factors influence the price of Bitcoin, investors also view October as one of the most bullish signals.

It is a well-known fact that cryptocurrencies are one of the most volatile asset classes. There is now more than 12-year history of Bitcoin’s movements, which helps determine the next move even better. So is the market finally going to turn around?

October is known for being the most positive month for Bitcoin and altcoins when it comes to price action. This is proven by data from at least the last ten years. October is historically the second greenest month right after February. Only two February and October months out of ten were red.

So, mathematically speaking, there is an 80% chance Bitcoin will gain this October. 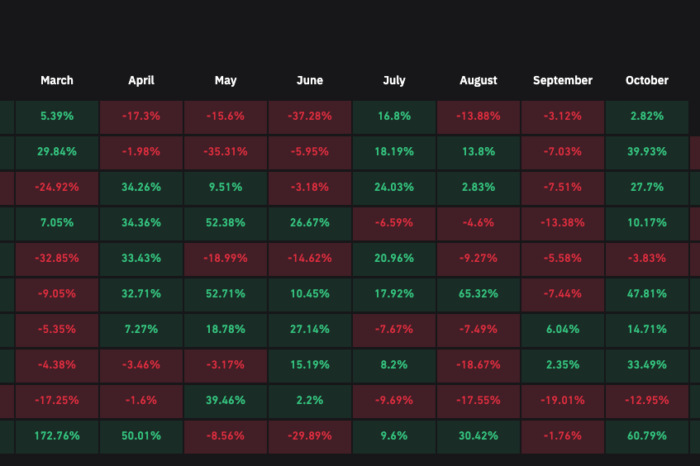 Bitcoin is trading around the important level of $20,000 and a lot of traders expect ‘Uptober,’ but for the first week in October, Bitcoin gained only 0.6%. While it may still continue lower, many expect it to go up. As the meme below shows, a lot of people are susceptible to the Uptober thesis.

However, let’s look a little deeper than at a table with numbers. These two facts point to another downward movement in the near future.

While it is very probable that Bitcoin will end up in green numbers by the end of October, the market still looks bearish, according to the charts. A trend line on a weekly timeframe still hasn’t been broken, and Bitcoin bounced back down from it. Moreover, there is no candlestick pattern or formation that would confirm a bullish movement. The OsMA indicator also points to another selloff. 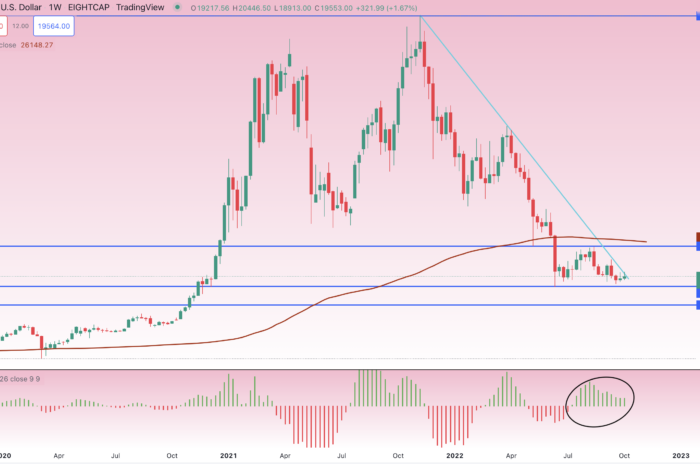 Instead, Bitcoin looks bearish and a new low could be incoming in the upcoming weeks. The daily timeframe shows how Bitcoin failed to break a trendline, leading to a creation of lower highs on a regular basis. The market is currently developing what looks like a giant triangle pattern, which can inevitably lead to a breakout of $17,640 support.

However, let’s not be overly bearish, as a giant engulfing pattern or other strong formation can turn around this bad market and send Bitcoin above $25,000 again. If Uptober is about to come, the ideal entry would be at support from June at $17.6k or lower. However, those who plan on holding a long position for years can enter any time as another halving is in less than two years, which could send it much much higher. 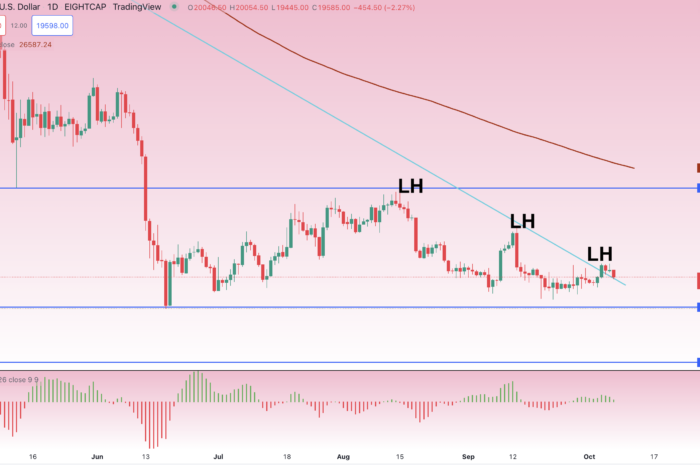 2. Both losing months were two years after halving

Although only two out of ten last February and October months were red, these two cases were exactly two years after halving. Bitcoin halving always caused a massive rally. Bitcoin halvings occurred in 2012, 2016, 2020, and the next one is coming in 2024. The biggest rallies happened in 2012 and 2013, then 2014 was a negative year for Bitcoin.

While Bitcoin could gain in October historically and mathematically speaking, other important data show that another selloff may be on the way and ‘Uptober’ is just a FOMO (fear of missing out) effect created by CT (Crypto Twitter). So before you fall for FOMO, make sure you do research yourself.