Stablecoin Tether (USDT) is the third largest cryptocurrency in the market, with a total market capitalization of almost $68 billion. This is a reason why investors and traders react quite sensitively to all negative news about this digital asset. In addition, the company behind USDT was previously suspected of various unfair practices that threatened investors and the entire market. One of the charges is related to market manipulation in cooperation with a cryptocurrency exchange, which also belongs to the same company.

Judge Katherine Polk Failla of the court in New York has ordered the eminent of stablecoin Tether to provide various financial documents, according to the latest information. These should prove the financial backing of USDT in the lawsuit mentioned above, in which it is claimed that the company manipulated the cryptocurrency market. Required documents include, for example, ledgers, profit and loss statements, balance sheets and cash flow statements. Tether must also provide information about its accounts on cryptocurrency exchanges Bitfinex, Poloniex and Bittrex. 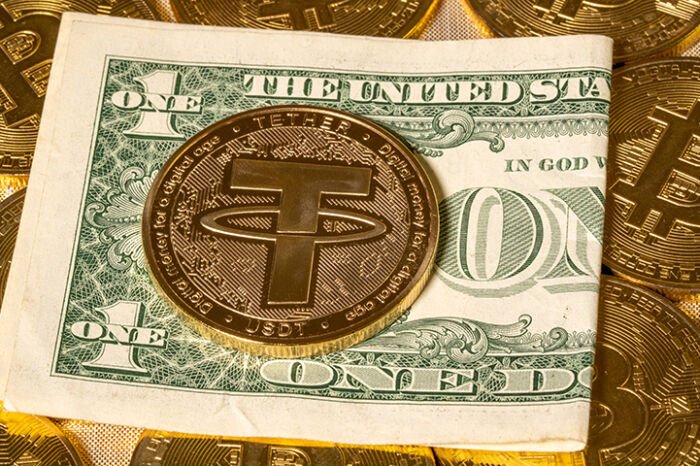 The company’s lawyers tried to block this order, considering it unreasonable and unnecessarily burdensome. Tether has also attempted to argue that the composition of its financial reserves is commercially sensitive information, and its disclosure could harm its business. However, the court came to the conclusion that these documents are necessary for assessing the financial coverage of the stablecoin.

“The documents sought in the transactions RFPs appear to go to one of the Plaintiffs’ core allegations: that the … Defendants engaged in cyptocommodities transactions using unbacked USDT, and that those transactions were strategically timed to inflate the market.”

The lawsuit began in October 2019 and was filed by a group of investors who claimed that Tether and the cryptocurrency exchange Bitfinex were involved in market manipulation. They were supposed to do this by buying other cryptocurrencies (mainly Bitcoin) through USDT, which were not backed by the US dollar, thus influencing their prices. According to the plaintiffs, they caused more than $1 trillion in damage to the cryptocurrency market.

This arose from a June 2018 report by researchers from the University of Texas at Austin, which showed that one particular major player on the Bitfinex exchange used Tether tokens to buy BTC at a time when its price was falling, leading to its subsequent rebound. However, a later study by a professor from the University of Queensland showed that the impact of these suspiciously well-timed purchases was not that statistically significant.

Of course, Tether and Bitfinex have denied the allegations mentioned above, and Tether claims that the new court order is just a routine matter of the evidence process in court.

“We had already agreed to produce documents sufficient to establish the reserves backing USDT, and this dispute merely concerned the scope of documents to be produced. As always, we look forward to dispensing with plaintiffs’ baseless lawsuit in due course.”

This topic is also related to the current news from the environment of U.S. legislation. They are reportedly currently working on a comprehensive legal framework to regulate stablecoins, which could have a significant impact on operations in the industry. The report states that algorithmic stablecoins (of the TerraUSD type) could be put on hold for the next two years, and their issuance by private companies would be outlawed.

In case you missed: Cardano following footsteps of ETH – what should we expect?

The new bill would allow stablecoins to be issued for banks and non-bank entities, but only on the basis of clearly defined binding procedures. In the event of bankruptcy, it would be prohibited to mix the company’s financial assets with clients’ money. The collapse of Terra, in which clients lost huge amounts of money, led the authorities to this approach. The Fed is also dealing with the topic, investigating the potential impact of the digital dollar project on the economy and citizens’ financial privacy.