Is it still worth investing in bitcoin?

Crypto investors from all over the world are literally bleeding, and still do not seem to understand the value of cryptocurrencies.

Crypto investors from all over the world are literally bleeding, and billions of dollars have been wiped out of the market in a short time. Bitcoin has even reached a historically unflattering record, and traders are looking for a local bottom on the chart. However, it was basically only one project, and the subsequent panic shows us that a large part of the money in bitcoin is pure speculation. Investors still do not understand the value of cryptocurrencies and the benefits for users.

From the point of view of the crypto market, last week can be described as extreme, and many investors will certainly not remember it with love. The fall of one of the biggest stablecoins (UST) came at a very inopportune time when the market situation was already quite tense. Through an organized attack on this algorithmic stablecoin, investors lost tens of billions of dollars, which caused a massive panic quickly extended to all relevant crypto assets. 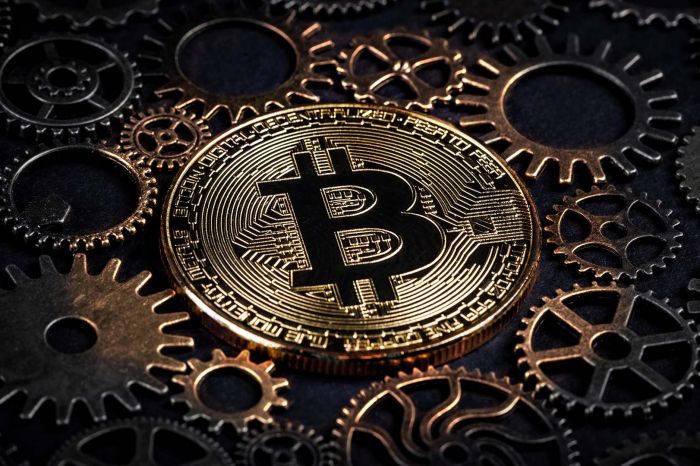 In addition, the effort to restore the functioning of the mentioned stablecoin flooded the market with the amount of BTC (up to 80,000) and thus caused a sharp drop in the price of the largest cryptocurrency. According to analyst company CoinGlass, bitcoin derivatives traders lost more than $ 1.2 billion over several days. That’s also twice the liquidation of the week before, when it reached $ 542 million. According to other CoinGlass statistics, the value of all crypto assets deleted from the market in just one day (May 8) is one billion dollars, which is a three-month record.

We are talking about a record in consecutive red weekly candles. Its historically maximum number was set in 2014 when BTC declined for six consecutive weeks. Bitcoin fell from $ 507 to $ 323, between August 25 and October 6, according to BitStamp.

Currently, we see seven weekly red candles on the chart, which is unprecedented for the largest cryptocurrency. The price of bitcoin thus reached the levels we were last able to observe at the end of 2020 and fell even below the level of $ 30,000. However, analysts disagree on whether we are currently looking at the local bottom or whether the decline in BTC price will continue. Will Clemente, a chief analyst at Blockware, said that based on several indicators, BTC has probably reached a “multi-generational” bottom, and he believes in its bounce. Analysts at the Huobi Research Institute remain bearish, say the bottom is yet to come. Barry Jiang outlined that we will first look at the $ 20,000 – $ 25,000 level before the rebound.

Data from Bitfinex says that we have probably reached the bottom

Long positions are a perfect indicator of achieving a local bottom, which can provide an overview of the market’s state and where the price could go in the near future. These positions reached a historic high at Bitfinex and recorded an increase of up to 60% in one day. This spike is one of the most aggressive upward movements they have ever seen on this platform.

An interesting addition to this statistic is certainly the view of short positions. Their development suggests that traders have taken advantage of last week’s market decline and volatility but are currently closing their profitable positions. Along with a 60% increase in long positions, this suggests that the bull’s time could come. Bitfinex’s CTO, Paolo Ardoino, described the stage as accumulation, adding that whales are currently buying BTC with a discount.

So does it make sense to invest currently in bitcoin?

From the point of view of traders who are currently looking for a local bottom on the BTC chart, the situation is quite complicated. One group enjoys a “discount” and buys, and the other still expects a deeper decline, which they then use to their advantage. We will probably find out who was right in a few weeks.

You may also like: Stablecoins still have work to do

However, Bitcoin offers much more, especially for investors who look at this asset in the longer term. It can be said that the purchase of the largest cryptocurrency is always worthwhile when changing your perception. The BTC allows everyone to cut themselves from the operation of ordinary fiat money, which is tied to governments and their decisions. We probably don’t even have to write about the risk that the current unstable geopolitical situation brings. At the same time, we are living in a time of digital payments, when banks know more about us than we would like and are practically deciding how we can manage our finances. Bitcoin is an excellent tool that brings privacy back to its users in the world of finance, and we should certainly not underestimate this advantage. Unfortunately, BTC positives can be shown to us soon.