Is Alcoa showing a problem in the aluminum market?

A surprising quarterly loss for aluminium giant Alcoa, means more concern about the state of the global economy.

We’ve mentioned aluminium in a couple of recent articles, for example in connection with the development of a new kind of battery at MIT. This one of the most widely used metals are used in all sorts of products from various machines to packaging in the food industry. It is its very wide use that makes us want to follow the market for this metal more closely.

Metal prices have plummeted while central banks struggle with inflation, Europe faces an energy crisis and the Chinese economy is struggling to recover in the current situation.

Surprising results from the largest producer in the US

In a recent article, we reported that the US was considering restrictions on Russian aluminium imports. This would be a shock to the global aluminium market, but would also have a positive impact on US aluminium companies.

In the article, we mentioned the largest US aluminium producer, Alcoa Corp, which released its quarterly results and very surprisingly made a loss.

The adjusted loss was $60 million. According to the company, the past quarter was very challenging. It was marked by significantly lower prices and higher energy and raw material costs. 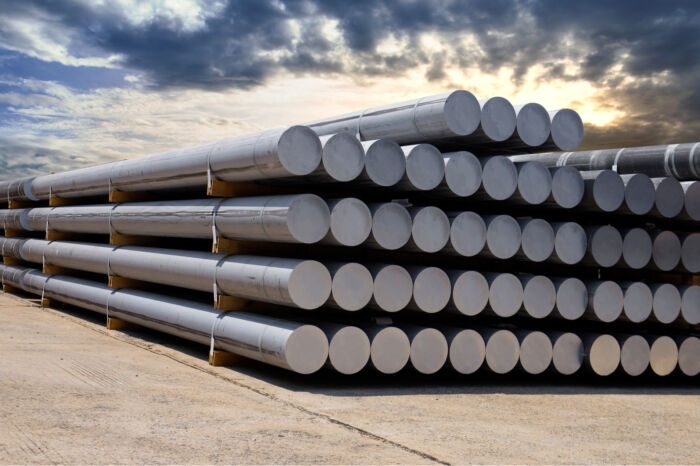 A pile of aluminium bars

The light metal price is down by a fifth this year. Aluminum did hit a record high in March when Russia’s attack on Ukraine sparked concerns about supplies of the metal but has since fallen by almost half.

All the while, metals in general have been plagued by the crisis in China’s real estate sector and global monetary tightening. The rise of the dollar has also been crucial because it makes metals more expensive for buyers in other currencies.

However, if the US does indeed impose a ban on Russian aluminium imports, we can expect the next quarter to be much better for Alcoa Corp. However, world prices could rise even more significantly in this case.