India, after its ban on wheat exports, has about 1.7 million tonnes of this commodity stranded at its ports. It could now give traders permission to export.

Last month, we informed you that India suddenly banned its wheat exports. The move was unexpected, and for many countries, it meant a much deeper food crisis.

Despite the ban, India exported approximately 470 000 tonnes of wheat, but only wheat whose supply was backed by permits already issued. Further, there were sporadic exports to those countries that had requested supplies to meet their food security needs.

However, according to available sources, about 1.7 million tonnes of this commodity, which is currently very important for many countries, is now standing at Indian ports. Countries like Bangladesh, Sri Lanka, and Nepal are heavily dependent on Indian wheat and are now experiencing severe shortages.

So what to do with 1.7 million tonnes?

Of this quantity, 1.2 million could be exported to the countries in need. However, according to local sources, the remaining 500 000 tonnes could still be lying at the ports as some traders have failed to get the permissions.

The situation is compounded by the fact that India is threatened by heavy monsoon rains, which could severely devalue the stored wheat and compromise its quality. On this basis, senior officials of the country have expressed that the government will issue the necessary registration certificates for the export of wheat from the country. 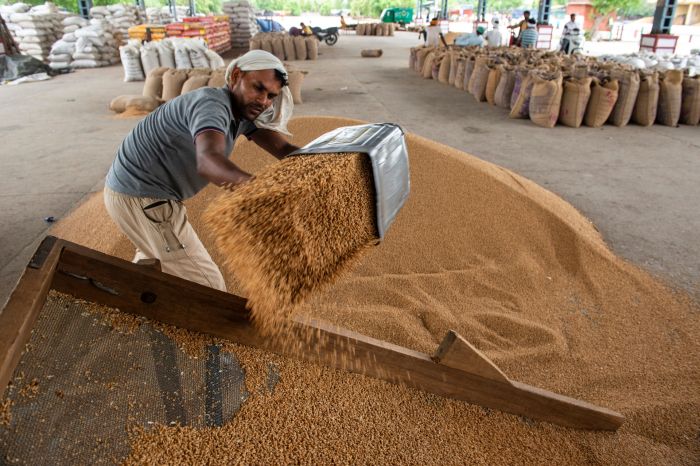 What about those who do not get permission?

If some traders have failed to get the permit, they have few options.

They can keep trying to get permission, at least from countries that ask India to supply wheat for their food security. So wheat would be sent partly because of some inter-state aid.

Another option is to persuade those producers who have obtained their permits to buy their wheat from them. Here, there could be a problem with a sudden increase in transport capacity and a problem with other permits.

If the wheat could not be exported, many producers would suffer large economic losses. Looking at today’s global world and the problems with ever-increasing inflation, this could be liquidating for many.