How will Bitcoin surprise us this time?

Big BTC moves, fighting at the current price level and heading towards a billion users. This is Bitcoin today.

The world economy is not at its best and many eyes are focused on cryptocurrencies, especially Bitcoin, which could show its strength in these turbulent times. We are watching massive movements of BTC, which are disappearing from the exchanges by the thousands. The situation looks similar to what it was before the rise to the last ATH. BTC has to break out from the current range, which probably won’t be easy. However, in the longer term, we certainly have nothing to fear, since BTC is well on its way to reaching 1 billion users.

We are following significant movements in the market. What does it mean?

All platforms dedicated to tracking movements in cryptocurrency markets have recently reported interesting data. According to CryptoQuant, more than 37,800 BTC were withdrawn from exchanges on October 18th, which at current prices ($19,181 at the time of writing) amounts to $725 million. This is the largest daily outflow of BTC since June 17th, when traders withdrew up to 68,000 BTC from exchanges. Looking at the last 30 days, a total of 121,000 BTC (almost $2.4 billion) “disappeared” from the exchanges.

The opposite trend in the form of increasing BTC amount on exchanges is generally considered a negative signal as the supply increases and, thus, the price decreases. In the last mentioned outflow from June 17th, BTC reached a local low of $18,000, but in the following weeks, the price jumped to $24,500. So we see that the supply pressure is weakening, which could help BTC not to fall significantly below $18,000. However, it currently moves in a relatively narrow range, and until this range is broken, the price development forecast is neutral. 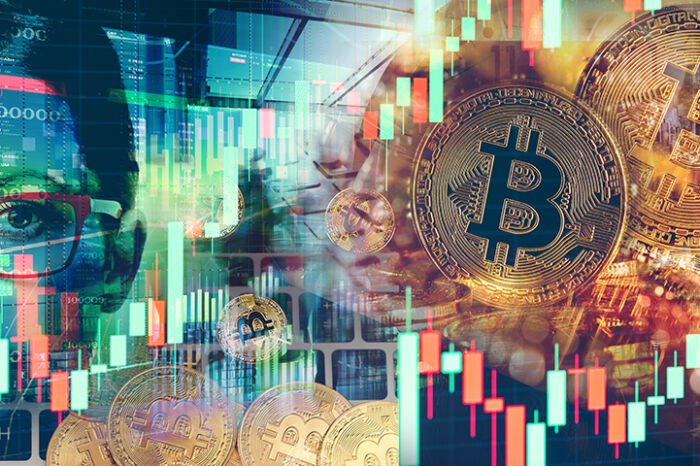 Related article: Why is mining the safest entry into the crypto world?

He, therefore, tells his 1.8 million followers on Twitter that the current level of about $20,000 is the “new” $4,000. It thus indicates that this very level could be a springboard for new ATH in the future. Looking at the correlation between BTC and S&P 500, the analyst predicts recovery from the current bear market for both assets. PlanB also noted that most of the BTC sold in the last 12 months came from traders cutting their losses after buying at the $60,000 level and also from older buyers who bought at less than $15,000 and are currently taking out some of the profits.

All the facts mentioned above could thus be summarized in a simple conclusion. Bitcoin has built a relatively strong base around $19,000. It seems that everything is ready for its further growth, with the first significant resistance is located at the level of $20,000. However, the overall economic situation in the world, which is still extremely turbulent, must also be considered. In the event of an unfavourable development, this base could hold BTC against a deeper drop below $18,000.

Looking at the significant drops in the price of BTC in the past, we can say that the largest cryptocurrency in terms of market capitalization always reached new highs after the bear market. In 2011, 2015, 2019 and 2020, we experienced up to 75% crashes, but BTC always recovered and rewarded hodlers for their patience. So the only question that remains is when we will see further growth, with the growing number of BTC users contributing to this significantly. 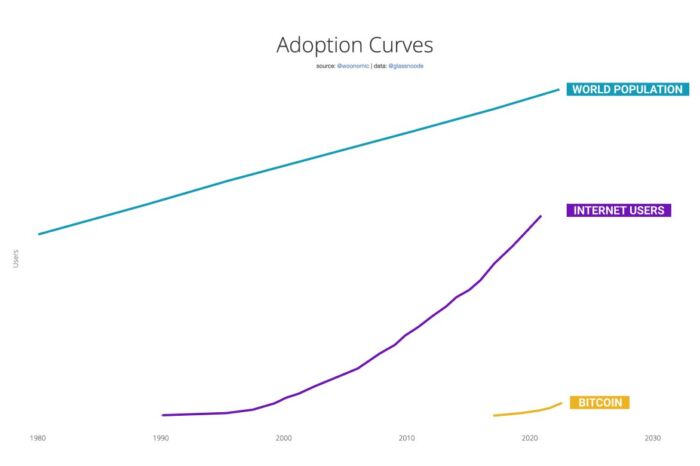 It took Bitcoin 6 months to get its first 1,000 users and five years to reach 1 million. Today there are more than 300 million of them, representing 4% of the global population. According to Willy Woo, at this rocket pace, we will reach one billion BTC users (12% of the population) already in 2025. It should be clarified that Willy Woo is not talking about unique BTC addresses, but really about unique users.

In case you missed: Binance wants to invest up to billion dollars this year

Compared to other similar forecasts, this is a relatively optimistic scenario. They talk about reaching a billion users by 2030, or in the case of Coinbase CEO Brian Armstrong’s prediction (from May), within ten years. Looking at El Salvador, the first country to approve Bitcoin as legal tender, Woo says the number of people using BTC is almost identical to the number of people using banking services. All this in just one year after legalizing BTC. Of the total population, 40% have downloaded the Chivo Wallet, 20% use it regularly, and similarly, 25% of the people have a bank account.

Estimating where these scenarios would send Bitcoin’s price if they come true is almost impossible and especially premature. However, numbers of 6 or more digits are often mentioned, which would undoubtedly please us all. But Bitcoin currently has to deal with the ongoing bear market first, and then it can once again show its strength to everyone.