How are these 3 unicorn companies doing since IPO?

Only a few companies really make it to earn the title "unicorn." This article will look at the numbers and data of Uber, Spotify and Airbnb.

The world of finance is full of investment opportunities, where some are riskier than others. Unicorn investments have been popularized because of their massive impact on our lives and huge returns. But what exactly is a unicorn?

What is a unicorn?

A startup company with a valuation of over $1 billion is referred to as a unicorn. It is frequently used in the venture capital (VC) sector. Aileen Lee, a venture capitalist, is credited with popularizing the word first. Unicorns are very rare, requiring innovation, skills, capital, creativity and many more aspects to really succeed in the startup space.

Related article: Will ads save or destroy Netflix?

Due to their enormous size, unicorn investors are typically private investors or venture capitalists, making them unavailable to retail investors. A lot of unicorns make their way to becoming well-known and publicly traded, but this is not a rule of thumb. For example, SpaceX is considered a unicorn while being privately held.

Although unicorns usually move to stock exchanges, they are already multi-billion dollar companies that do not necessarily offer the same return on investment (ROI) potential as they did in their beginnings. This is an unfair advantage between retail investors and private investors because the “big bucks investors” can enter the initial investment rounds in startups.

Uber was founded back in 2009 in the US by Travis Kalanick and Garrett Camp. The company revolutionized the taxi and delivery industry with its innovative solutions. It has notable competition, yet, it is still considered of the most prominent players in its niche. Uber had one of the biggest and most anticipated initial public offerings (IPOs) in the stock market history, but has failed so far.

It entered the stock market at about $45 per share with a valuation of $82 billion. That’s not bad for a startup company, to be valued more than the GDP of Ethiopia. However, investors saw the company was clearly overvalued and dumped the stock to $13 during the COVID-19 crash. Uber then surged above its IPO price for a while, but later fell again. Currently, the stock is down by more than 35% from its IPO price, making it hard for retail investors to profit from a unicorn startup. 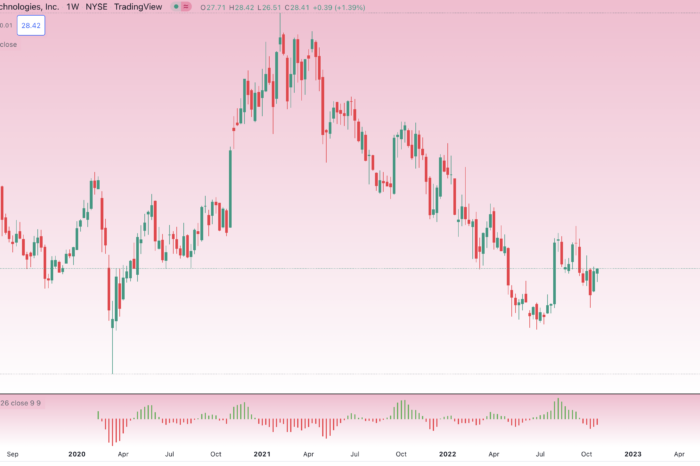 Travis Kalanick reportedly sold 90% of his stocks back in November 2021, dumping stockpile worth $1.7 billion. He was also laid off as Uber’s CEO in 2017 due to accusations of sexual harassment and discrimination at Uber. However, despite being a troubled company, it is bringing enormous sales. Uber’s revenue is rising yearly, making $17.5 billion last year. 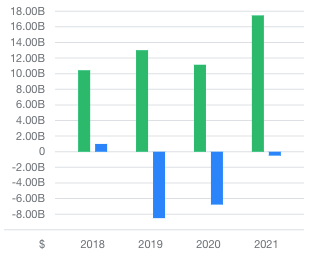 While it is hard for the company to bring positive earnings, its growth is undeniable. So if Uber manages to cut the losses and make a profit, it could definitely send the stock higher. Uber is valued at $54.5 billion at the moment, and when it was at its peak at $64, Uber had a market cap of more than $100 billion.

When Uber finally became available for investing to retail investors, it already became too big. Although investors can still profit on Uber, it is not so attractive regarding the potential ROI as it would have to rise to a $200 billion or $300 billion valuation to deliver attractive returns. This kind of market cap may be possible in a farther future.

Spotify is an audio streaming company that was launched back in 2006 by Daniel Ek and Martin Lorentzon. Spotify is viewed as the “savior of the music industry” because it solved important problems. CD sales were falling while people were downloading free music from Pirate Bay, which brought a serious threat to the music industry. Now Spotify is a leading audio streaming company with almost 200 million users worldwide as it brought free music for people legally. 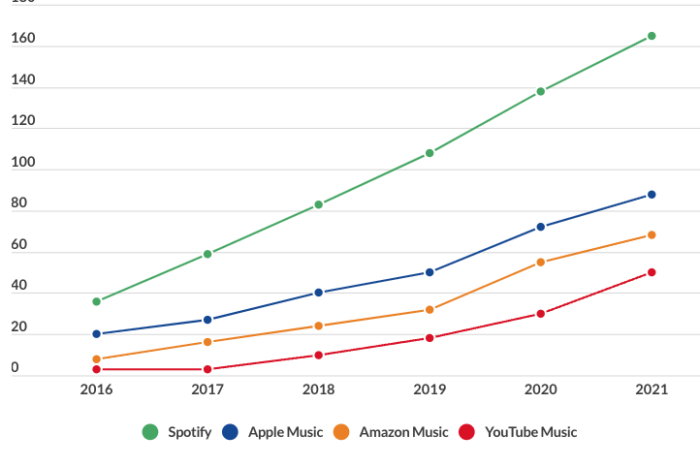 Spotify vs other companies users in millions, source: link

Its main competitors like Apple Music, Amazon Music and YouTube Music are catching up, but Spotify remains the leader. Its yearly revenue is increasing every year; however, it struggles to make a profit. In 2018, Spotify was supposed to go public at $132 a share, but opened at $166 instead. The market cap of Spotify at that time was about $30 billion. However, before investors could buy a share of Spotify, the stock dumped to $100. 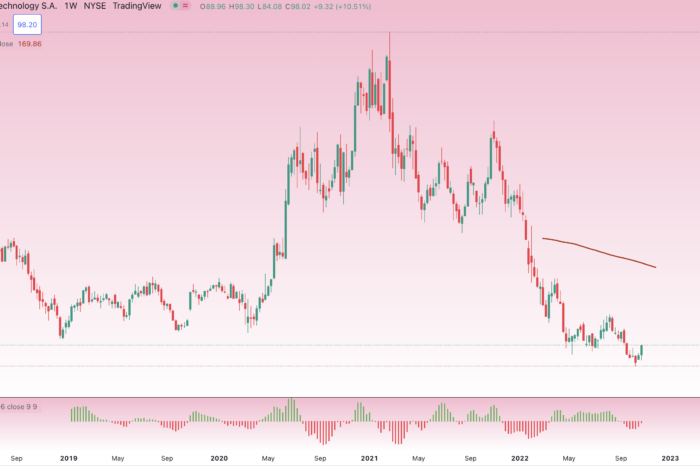 During the peak performance of the stock market, Spotify almost jumped to $400, but is now below $100 again. This is well below its IPO price, leaving investors with little to no space to profit. Spotify currently has an $18.5 billion market cap with a notable debt, which is definitely not a buy signal with the P/B at 8.32 as well.

Spotify users and revenue are significantly rising yearly, but it will be considered risky unless it turns profitable. The yearly revenue has increased by at least one billion dollars for the past four years and is on its way to crossing the $10 billion mark in 2022. If Spotify solves a major problem of the company’s profitability, it could be worth a lot more than it is today. 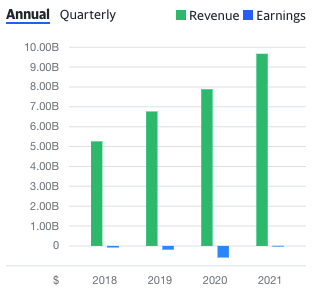 Airbnb is the most popular online marketplace focusing on short-term homestays and experiences. It was founded by Brian Chesky, Joe Gebbia and Nathan Blecharczyk in 2008. Airbnb went from its humble beginnings in 2009 to a $74 billion valuation at this very moment. Andreessen Horowitz, Ashton Kutcher, Sequoia Capital are among the elite early investors of the company.

At that time, Airbnb was valued at less than $10 billion. Shares of the company rose from their IPO price of $68 to $165 on the first day of trading in late 2020. The market cap of Airbnb was over $100 billion when the markets closed. The stock even jumped to $220 for a while, having approximately a $130 billion market cap. Now the stock is down at $118, and many indicators still show the company is significantly overvalued. 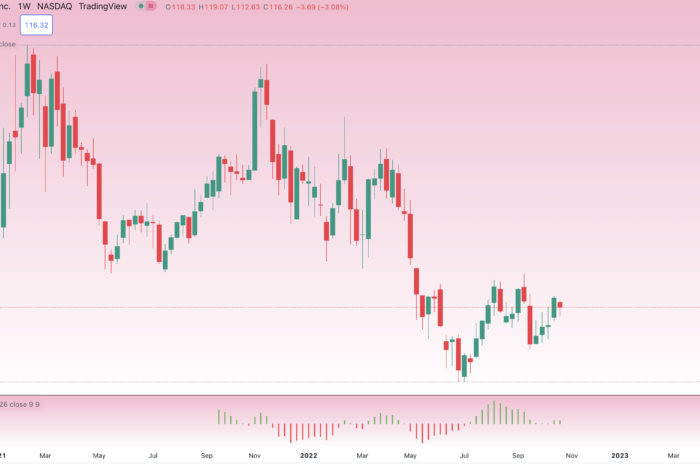 Airbnb is down by almost 50% from its all-time high; is this a good buying opportunity or not? P/E is 64.5 and P/B is 14.4, pointing to a significant overvaluation. However, Airbnb, in contrast with Spotify, at least brought real profits for the last few quarters. COVID-19 really hurt the company, but it was able to bounce back and restart its strong growth in revenue. 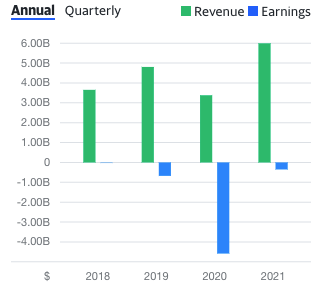 Airbnb is considered cyclical as it offers accommodation and experiences all around the world. With the current tightening economy, Airbnb may suffer and fall even further. That leaves retail investors with no space to profit when the stock jumped to $168 after the IPO. Airbnb is undeniably a great company, but the current economy and its overvaluation will probably bring the stock even lower in the next few months.

Unicorns are a good investment, but mainly for early investors as they can “buy low and sell high.” The valuation of these unicorn companies tend to rise by hundreds or even thousands of percent, which essentially leads to an overvaluation. This is why it is so difficult for retail investor to profit from these companies as they can invest in them once they gain a multi-billion dollar value.

Their stocks become too expensive and may remain this way for some time, but they are highly sensitive to economic declines. So while Coca-Cola may be down 20% since the recession began, unicorn companies are down by 50% to 70%.

At least for now, unicorns bring more benefits to retail investors through their services than through investing, as VCs and private investors rake most profits through early investment rounds. But this may change in the future as these companies are publicly traded only for a few years.