Wednesday will be a very important day in investors’ and traders’ lives. Fed interest rate decision will be published. General consensus is to hike by 75 bps to 250 bps. This information is nothing new and everybody knows that it should have a negative impact on the markets. There is one rule in trading and investing: “If there is something crystal clear, be careful”. A 100 bps rate hike is possible, which would be definitely more than consensus. If there is a surprise in Wednesday’s data, markets could become extremely volatile.

You may be also interested in: Orange and MasMovil combine efforts in Spain

A reaction could be a surprise

Gold is a non-interest financial asset and the hiking interest rate has a negative impact on its price. With this as a tool for a fight against high inflation, gold depreciated from the 2000s area to the 1700s area per one ounce. So the overall impact is seen as negative.

The information about the 75 bps rate hike has been awaited for some time. It was officially published and therefore this fundament is already calculated in the market. Therefore, the immediate reaction after data release does not have to be negative.

Despite the negative sentiment, gold had a surprising immediate reaction on the Fed’s decision. The charts below show how yellow metal reacted right after the data release. The first chart shows a rate hike from May 4th by 50 bps to 100 bps. The price appreciated by 2.62% from 1862$ to 1910.7$. Which is the opposite of what everybody expected. On the next day, the price went down and erased all bull activity from the day before. To add, in the next 12 days gold went down under the 1800 level and erased -6.51%. 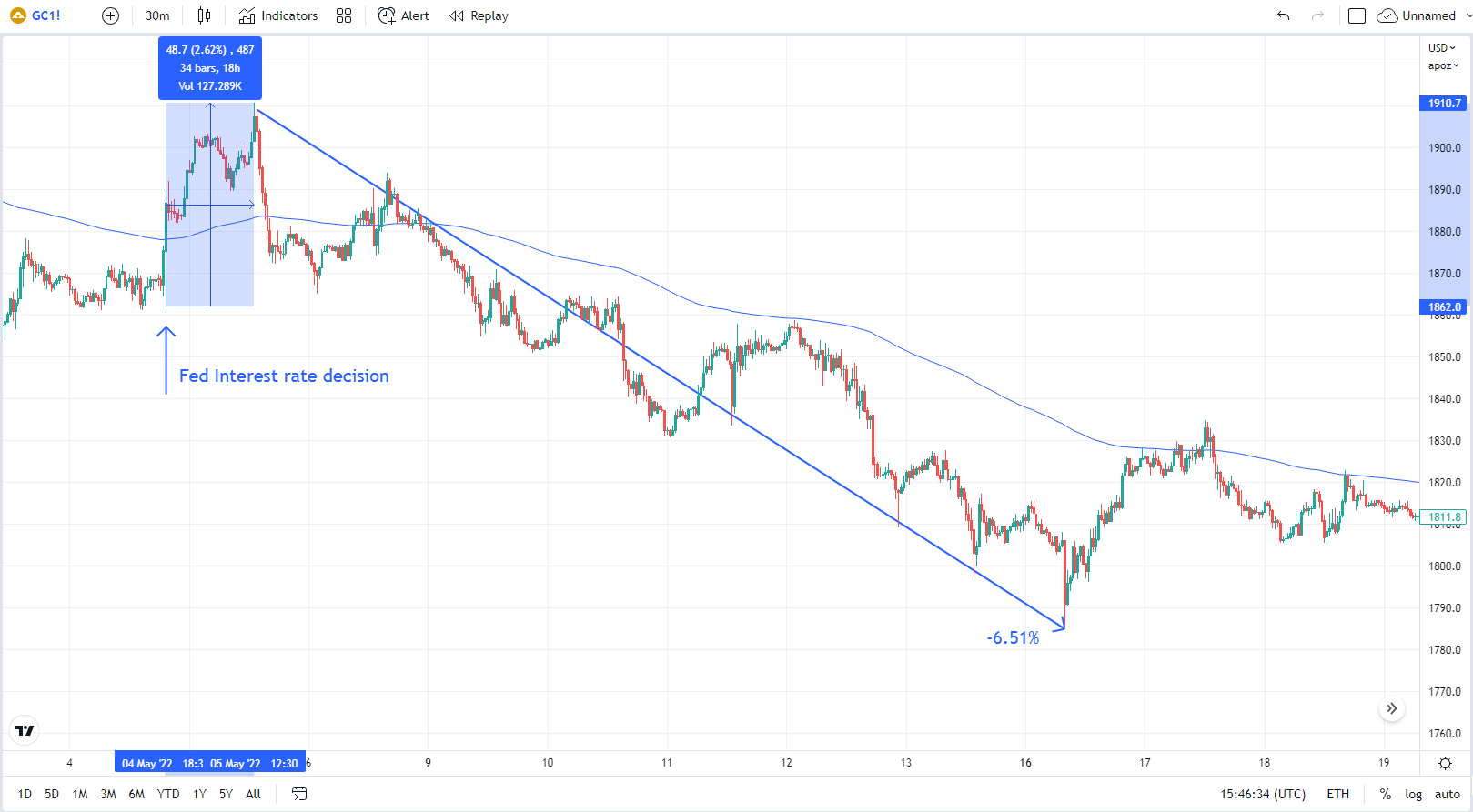 The next chart shows similar activity on the next Fed’s rate decision from June 15th. Where expected hike was by 50 bps, but the hike was higher than expected, 75 bps. Gold reacted similarly to the previous data release and elevated by 2.57% from 1814$ to 1861.5$. From that time gold erased almost 10% and went under 1700$ price tag. 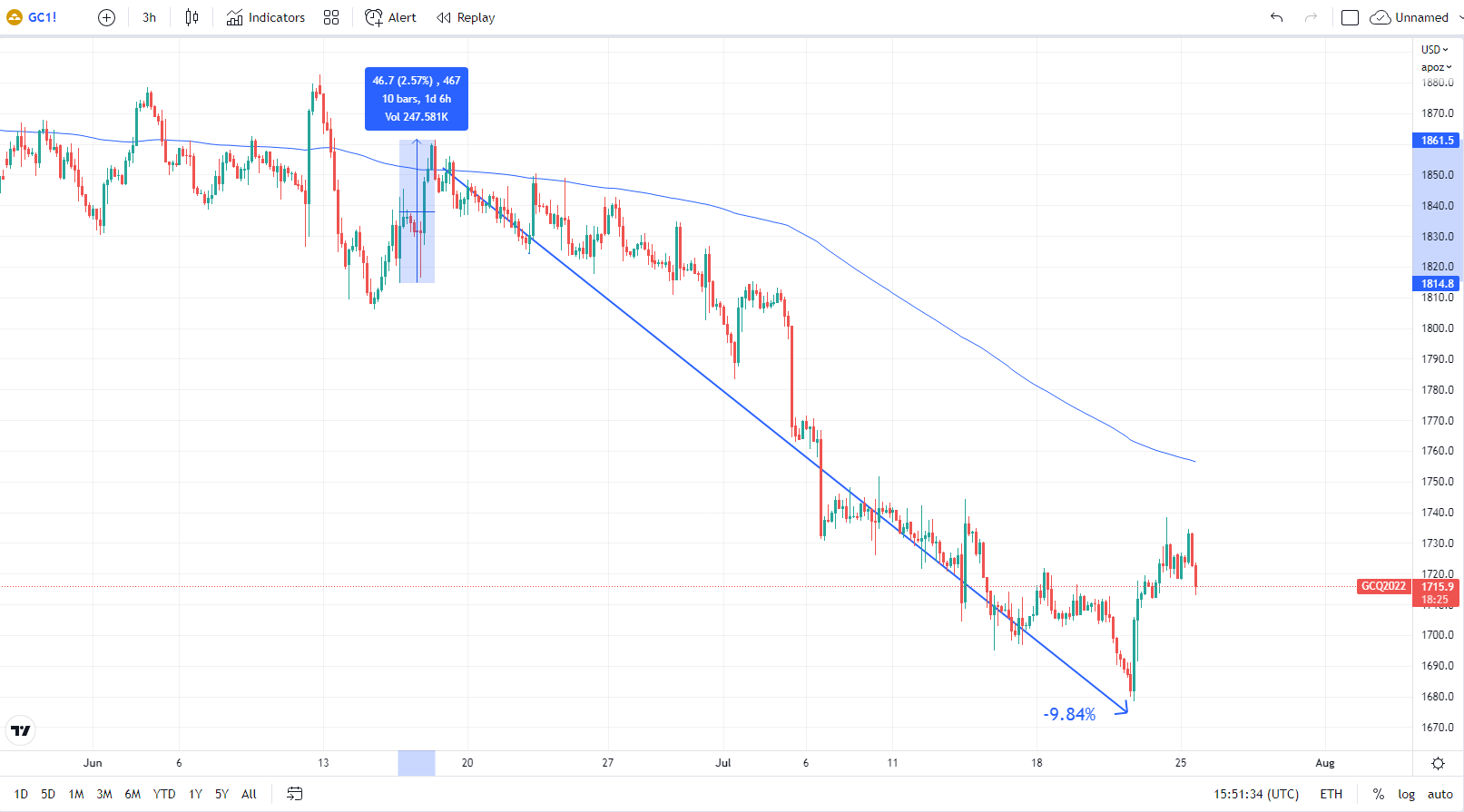 Fed’s interest rate decision has a significant impact on markets every time. Especially during these times, when monetary policy is changing from month to month. The last two Fed’s decisions showed that volatility is strong and despite the negative sentiment, gold appreciated by more than 2.5%. This time we expect a 75 bps rate hike. Even a 100 bps hike does not have to immediately mean a decline. Therefore be patient with any action you plan to do on Wednesday.