Ghana is experiencing one of the worst economic crises in a generation. In an attempt to protect its economy and currency, it is resorting to a wide variety of measures. This ranges from negotiating aid with the International Monetary Fund to the latest news about efforts to buy oil products with gold instead of the US dollar.

Using gold instead of the US dollar should help the country protect its foreign exchange reserves, which are rapidly thinning. While Ghana had about $9.7 billion in foreign reserves at the end of last year, it was down to $6.6 billion at the end of September this year. This would cover Ghana’s current volume of oil and petroleum product imports for about 3 months.

“The barter of sustainably mined gold for oil is one of the most important economic policy changes in Ghana since its independence.”

If the move goes through and is indeed implemented, the trade should be fully operational in the first quarter of 2023. 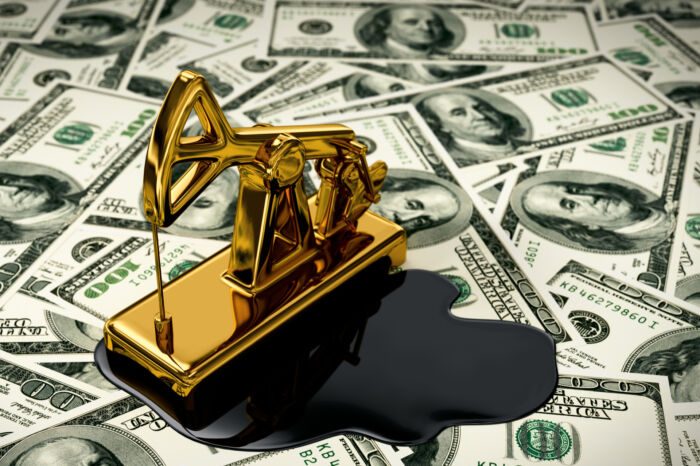 Golden Pumpjack And Spilled Oil On The Money

A lot of things could get cheaper in Ghana

If this system is successfully rolled out, Ghana could see a significant improvement in its balance of payments and a reduction in the depreciation of the national currency, which would help curb the rise in the prices of common items. The Vice President commented on this.

“If we implement it as envisioned, it will fundamentally change our balance of payments and significantly reduce the persistent depreciation of our currency with its associated increases in fuel, electricity, water, transport, and food prices.”

He went on to explain why this is so.

“This is because the exchange rate (spot or forward) will no longer directly enter the formula for the determination of fuel or utility prices since all the domestic sellers of fuel will no longer need foreign exchange to import oil products.”

However, this significant change needs to be approved by a large number of other institutions and so we may not yet see final implementation. However, as this move could greatly help Ghana in its current difficult situation, a major effort will be made to complete this remarkable change.