This week, investors are closely monitoring the midterm elections in the United States as they may determine which party controls Congress.

The so-called cable traded 0.3% weaker on Tuesday as investors prepare for the US midterm elections results, slightly benefitting the US dollar during the EU session.

According to the fresh data released in the UK, retail sales growth slowed in October as a result of the growing cost-of-living problem.

The most recent BRC-KPMG Retail Sales Monitor showed that overall sales increased by 1.6% in October compared to a 2.2% increase in September. The amount was less than both the 12-month average of 2.7% and the three-month average of 1.7%.

Sales increased 1.2% year over year on a like-for-like basis, down from a 1.8% increase in September. This was higher than the 12-month average of 1.0% and broadly in line with the three-month growth average of 1.2%.

Helen Dickinson, chief executive of the British Retail Consortium, said: “As the cost of living for consumers continued to rise, retail sales slowed in October. With November’s Black Friday sales just around the corner, people look to be delaying spending, particularly on bigger purchases.”

US midterms in focus

Investors are closely monitoring developments in the United States as voting in the midterm elections, which will determine which party controls Congress, begins on Tuesday. In the event that the Republicans take over the House of Representatives and perhaps the Senate, it may be difficult for Democratic President Joe Biden to enact as much spending as he would want.

Additionally, “a split Congress and President Biden left to focus on international issues such as trade could end up proving mildly positive for the dollar,” said analysts at ING in a note.

The Biden Administration’s approach to Chinese trade has not been as accommodating as many had hoped it would be in 2020, and the recent tightening of regulations in the semiconductor industry may pave the way for a more protectionist trade course in 2024.

Furthermore, as per Goldman Sachs analysts, there is a 35% possibility that the US economy could experience a recession in the upcoming year. The enormous difference between the targeted inflation objective and the present inflation rate, the aggressive tightening of Fed policy, and the very unstable situations in US internal politics and geopolitics are the causes of the rising recession worries.

The recent rally stopped at the major 1.15 level, and bulls must push the GBP above that zone to confirm the bullish momentum. Otherwise, the risk is for a return toward the previous swing lows near 1.14. 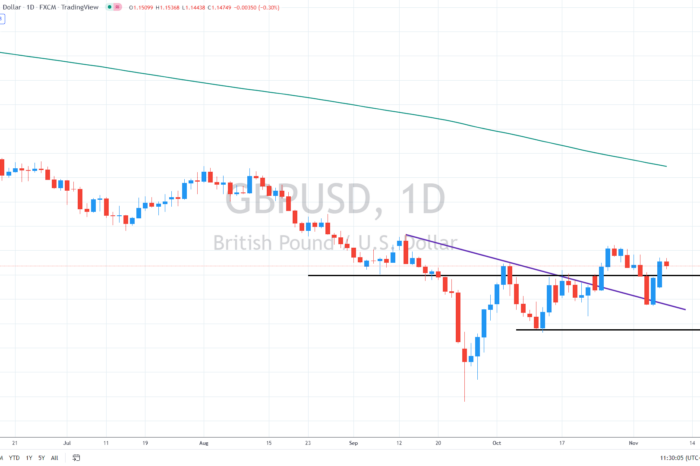