Sentiment deteriorated again on Friday, leading to losses in the GBP/USD pair, pushing it 0.7% down to 1.1150 during the UK session.

Compared to expectations of -0.5% and -1.7% previously, the UK retail sales for the month of September decreased by 1.4%. When auto motor fuel sales are excluded, core retail sales fell 1.5% MoM, compared to -0.3% anticipated and -1.6% before.

Yesterday, UK Prime Minister Lizz Truss claimed to have talked with King Charles and announced her resignation as the Tory party’s leader, announcing that a leadership contest will immediately be held.

However, there was a rising push for the calling of a general election, not the least of which came from the opposition Labour Party.

Business organizations were outraged at the idea of having a third prime minister in three months, according to Tony Danker, director-general of the Confederation of British Industry, who claimed that recent events had “undermined the confidence of people, businesses, markets, and global investors in Britain.”

Funnily enough, due to the insane infighting and confusion surrounding the Truss administration, one UK newspaper set up a live stream of lettuce to test if it or the prime minister would stay longer, with the vegetable easily winning.

More seriously, on Friday, Jeremy Hunt, the British finance secretary, reaffirmed that “we will put public finances on a sustainable course while we build the economy.”

“Strong public finances are the foundation of a strong economy. To stabilize markets. We will do whatever is necessary to get drive down debt in the medium term and to ensure that taxpayers’ money is well spent,” he added.

Back in bearish trend?

The GBP/USD pair has decisively broken below the recent uptrend line, suggesting that the short-term uptrend might be over, with traders now trying to push the Pound below the 1.10 level again.

You may also read: Is Alcoa showing a problem in the aluminum market?

“Our view is that: a) UK politicians will struggle to reclaim all of the lost fiscal credibility quickly and b) US real interest rates look set to push even higher this year, meaning that GBP/USD will likely struggle to break above 1.15 over coming weeks. Into year-end, we favor broader dollar strength as US real rates push to 2.00%, meaning that GBP/USD could be back at 1.05,” economists at ING remain bearish on cable. 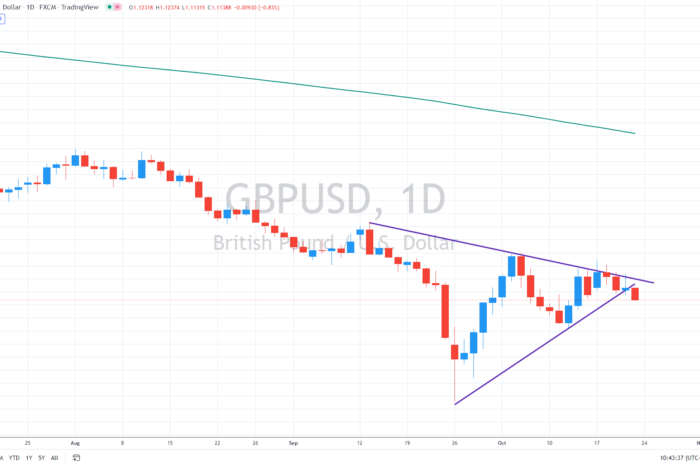