GBP/USD drops toward 1.10 on USD buying

This week, the GBP has been under pressure as the UK jobs market stays strong and the Bank of England widens the Gilt purchase operations.

The Pound has remained pressured as investors piled into the USD again, pushing the GBP/USD pair back toward the psychological 1.10 level.

According to figures released on Tuesday by the Office for National Statistics (ONS), the official unemployment rate in the UK fell to 3.5% in August, down from the 3.6% forecast. Still, the change in the claimant count revealed an unanticipated increase in the reporting month.

In September, the number of persons requesting unemployment benefits increased by 25.5K, exceeding predictions by -11.4K and the 6.3K booked in August.

“British finance minister Kwasi Kwarteng needs to make 62 billion pounds ($69 billion) of spending cuts or tax rises to stop public debt growing ever-larger as a share of the economy,” said the Institute for Fiscal Studies (IFS) on Tuesday, per Reuters.

Also likely to have reinforced the bearish pressure is the Bank of England’s (BOE) latest move to widen the Gilt purchase operations as it stands ready to purchase up to £10 billion of the UK bonds.

“Dysfunction in [the index-linked Gilt] market and the prospect of self-reinforcing ‘fire sale’ dynamics pose a material risk to UK financial stability,” the Bank said in a statement, announcing its decision.

The action casts doubt on the Bank’s ability to terminate its outright Gilt purchases on Friday as scheduled. It had said on Monday that repo operations will take the place of the daily auctions, whose impact on the money supply – and subsequently inflation – can be tempered by other measures to control the money market.

On the other hand, the USD remains bid amid rising US yields and the general risk-off approach.

As per Brainard, the Fed will likely continue hiking rates in the foreseeable future. As a result, restrictive monetary policy conditions will persist even after it stops raising rates.

You may also read: Cathie Wood – economy and a critique of the Fed

Additionally, Brainard warned that the US economy might suffer from higher rates and that the Fed won’t ease policy until it is certain that inflation is dropping.

The CME’s FedWatch Tool, which predicts a 78.4% possibility of the Fed’s 75 bps rate rise in November, is also leaning in favor of the DXY. 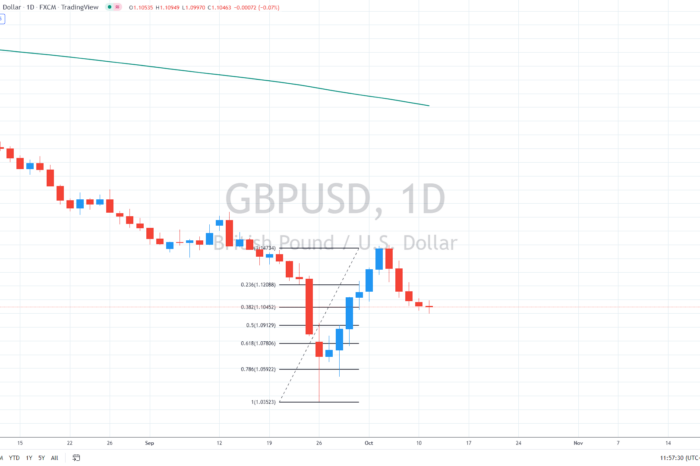