USD bulls are retreating quickly, pushing the GBP/USD pair above 1.17, implying further gains are on the horizon.

The Pound continued in its uptrend, capitalizing on the retreating greenback, rising above 1.1750 for the first time since August.

According to data released last Friday by the UK Office for National Statistics, the domestic economy shrank by 0.6% in September compared to an estimate of -0.4% and a prior reading of -0.3%. A better-than-expected Q3 print, however, which showed a contraction of 0.2% from July to September, mitigated the disappointment.

You may also read: S&P 500 skyrockets after US inflation moderates

“Still, our UK economist expects a contraction in every quarter until 2Q23. The domestic picture for Sterling remains uncertain at best. We think this puts GBPUSD at risk of rather fast corrections should the support of a weaker USD evaporate,” economists at ING remain bearish on Sterling.

Moreover, while overall industrial production came in at 0.2% vs -0.2% anticipated and -1.8% previously, manufacturing output came in at 0% MoM versus -0.4% forecasts and -1.6% booked in August.

The UK manufacturing production data for September came in at -5.8% on an annualized basis, falling short of forecasts for -6.6%. In contrast to the predicted reading of -4.3% and the preceding print of -4.3%, total industrial production decreased by 3.1% in the ninth month of the year.

In other news, Andrew Bailey, governor of the Bank of England (BoE), stated on Friday that “further rises to interest rates are inevitable in the coming months.”

“Efforts to bring inflation under control are likely to take between 18 months and two years,” he added.

Additionally, it will take incredibly difficult decisions to restore trust and economic stability, UK Finance Minister Jeremy Hunt said on Friday. “I am under no doubt that there is a long road ahead.”

Investors will pay particular attention to central bank speakers before the weekend as well as the early results of the University of Michigan’s Consumer Sentiment Survey for November on the US economic calendar.

The next target for bulls could be at the 200-day moving average near 1.22. If the pair jumps above that zone, the bearish trend could be over, likely leading to further USD losses. 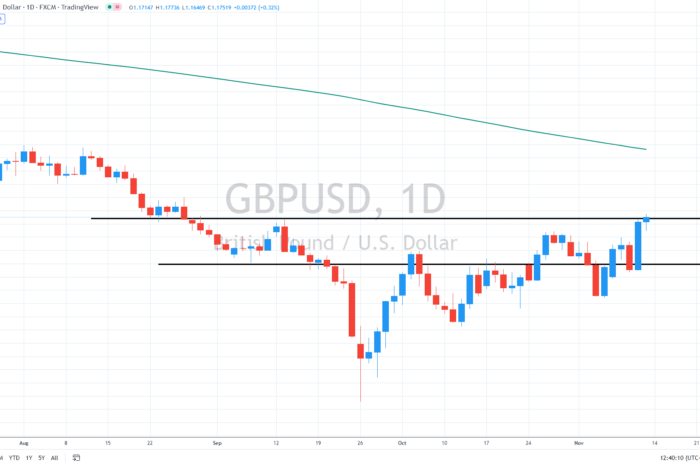