The sterling-yen cross traded higher on Friday, trying to jump above the psychological level of 160 as the weakening Yen contributed to the majority of today’s movement.

According to the most recent UK residential survey by the Royal Institution of Chartered Surveyors, the nationwide home price net balance dropped to -42 in December from -26 in November.

It was the lowest measurement since the fall of 2010 and far lower than the -30 forecasters had predicted.

Demand remained relatively low, with a net balance for new buyer requests of -39, in line with November’s -38, while the number of newly listed properties fell to -23, the lowest figure since September 2021.

“The latest survey highlights the emerging challenges in the housing market as new buyers grapple with more costly finance terms and uncertainty over the outlook for the economy,” said Simon Rubinsohn, chief economist at RICS.

Furthermore, December UK Retail Sales came in at -1.0% compared to 0.5% predicted and -0.5% prior. Core Retail Sales, excluding vehicle motor fuel sales, decreased by 1.1% month-over-month versus 0.4% projected and -0.3% before.

You may also read: Global outlook for 2023: what to expect from markets and central banks

The sales volume of non-food stores decreased by 2.1% during the month, consistent with merchants’ feedback and other signs that customers are cutting back on spending due to rising costs and worries about affordability.

Japan’s inflation comes in below expectations

Recent yen trading has been chaotic due to predictions that the Bank of Japan may soon reverse its ultra-easy monetary policy.

Academician Takatoshi Ito of Columbia University, who is regarded as a candidate to join the Bank of Japan, stated on Thursday that hotter-than-expected inflation might finally force the central bank to expand its benchmark bond rate range this year, which would be favorable for the yen.

The recent consolidation triangle could be broken to the upside, likely starting a relief rally toward the 200-day moving average (the blue line) near 162.45. On the downside, the support could be seen in the middle of the pattern at around 158. 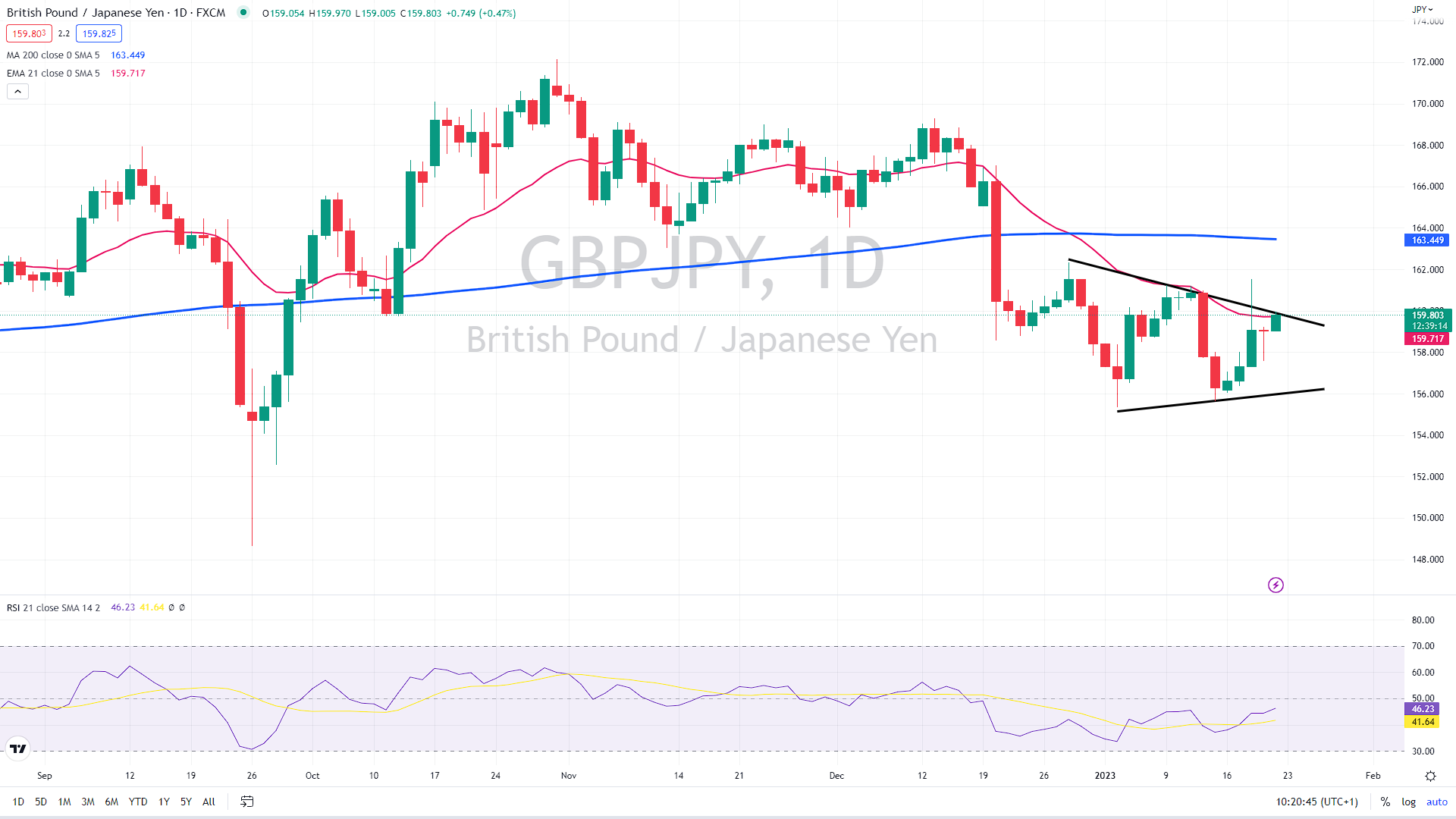