Morning in a rush

Yesterday, G7 meeting started with one of the main topics, the Russian war on Ukraine. The first news from this meeting was addressed to the yellow metal. The group of 7 nations plans to ban gold import from Russia. Therefore, the week’s open was quite in a rush. Based on data from tradingview.com at the chart below, gold has opened at 1839.6 $ per ounce, 11.5$ or 0.63% higher than the previous close.

Despite the fact that news has a positive impact on the price of gold, buyers’ mood evaporates. Gold is traded for around 1833$ which is approximate -0.3%. Based on Bloomberg there are doubts about further price pressure. Warren Patterson, head of commodities strategy at ING Groep NV, said:

“The impact from a ban on Russian gold imports by G-7 nations is likely to be fairly limited, given that the industry already took steps to restrict Russian gold.”

Moreover, this plan is seen as “symbolic”, because London Bullion Market Association removed Russian refiners from its list in March. 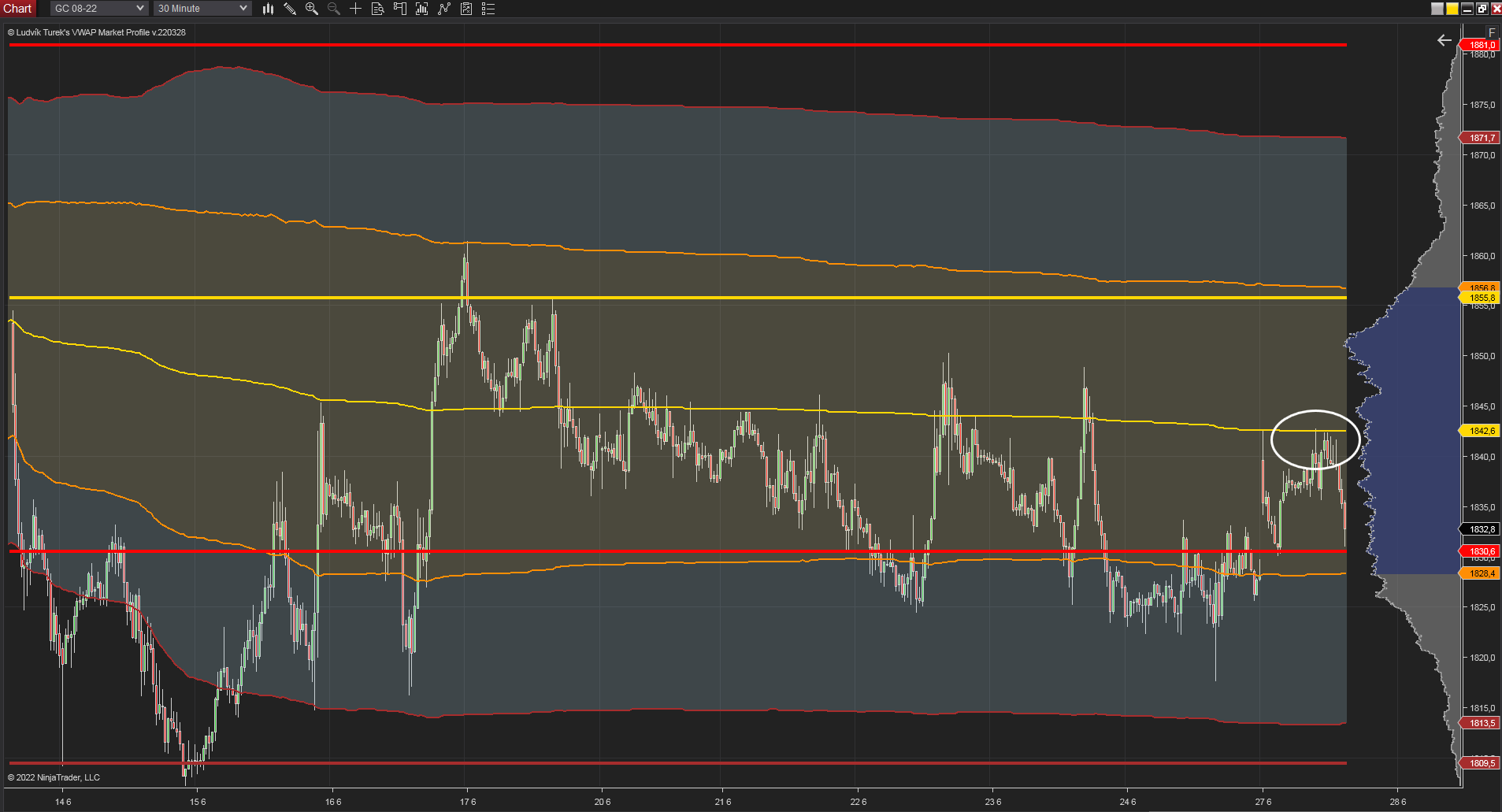 On the other hand, support lines could be around 1828.4$, which represents 1st standard deviation of monthly VWAP. The next support area lies around the price tag 1810$. There are accumulated several pivot lows in a tight range.

We have informed about this topic: Why did gold stay in a neutral zone after Fed

Fed is still the main factor for Gold

G7 meeting is undoubtedly a very strong fundament factor for markets. But the news about the plan to ban the import of gold from Russia has a mostly symbolic effect. Moreover, Fed’s chair Powell is very hawkish about fighting against high inflation.