The British FTSE 100 index, also known as the Footsie index, fell half a percent on Thursday as traders paid close attention to the Bank of England (BoE) monetary policy decision.

Earlier today, the central bank decided to raise its primary interest rate by 25 basis points to 0.5% (50 bps) as widely expected. However, the following statement showed a bullish surprise as four BoE Monetary Policy Committee (MPC) members voted for a more considerable 50 bps hike that would have taken rates to 0.75%.

The central bank also voted to reduce the size of its corporate bond holdings (currently 20 billion GBP) to zero by the end of 2023 through non-reinvestments and active sales.

Additionally, the market is now pricing another rate hike at the BoE’s next meeting in March. The GBP/USD pair surged following the decision and climbed above 1.36, while the FTSE index fell to new daily lows. 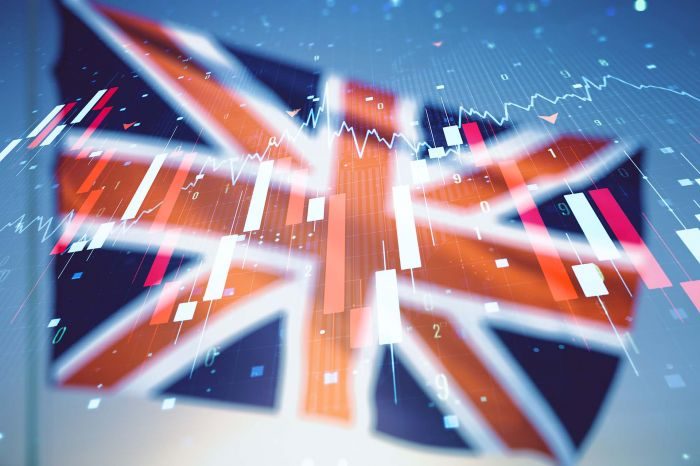 The Bank of England (and other central banks) has a difficult choice to make: slow price pressures without causing an economic recession. Unfortunately, while higher interest rates could curb inflation slightly, it will do little to stop the significant supply-side pressures that might push inflation to 6%, namely the surge in energy prices, supply chain issues, and labor shortages.

“As the debate over transitory versus sustained inflation lands firmly in the hands of the latter camp, further interest rate hikes from the Bank of England should be expected in the year ahead as inflation looks set to push higher before falling back down towards year-end.” Victoria Scholar, head of investment at Interactive Investor, said on Thursday.

Sentiment in the global stock markets has turned bearish in January as the Fed will likely hike rates four to five times this year, followed by the Bank of England and possibly other major central banks.

As a result, financial conditions have already tightened considerably, wreaking havoc among low-earnings and high-debt companies.

The situation on the daily chart looks cautious as the index might be forming a double top pattern, which is a bearish reversal formation. The resistance of this pattern is near 7,600 GBP, while the support could be located in the 7,400 GBP area.

Alternatively, should the Footsie advance above 7,600 GBP, there could be another leg higher, targeting the 8,000 GBP threshold. 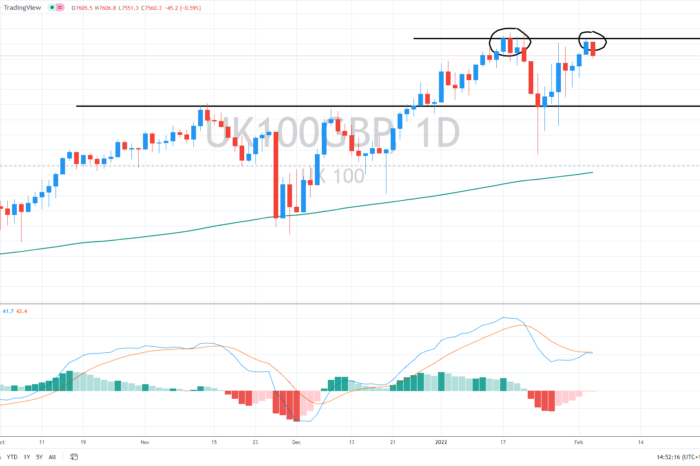