The USD/CAD pair slid again on Tuesday and traded at around 1.2940 during the US session on Tuesday.

The ex-autos gauge halved to 1.3% from 2.6% previously but exceeded expectations of 0.6%. The Canadian housing price index also slid from 9.4% to 8.4% yearly. The Canadian dollar traded higher after the data, but primarily due to the broad US dollar weakness.

You may also like: Why did gold stay in neutral zone after Fed

Incoming recession in the US

His speech is expected to be hawkish, as the US central bank is set to raise interest rates again at its next meeting, likely tipping the economy into a recession.

“The most likely outlook is very weak growth, and persistently high inflation,” Bank of America economists wrote in a note Friday. “We see roughly a 40% chance of a recession next year. Our worst fears around the Fed have been confirmed: they fell way behind the curve and are now playing a dangerous game of catch up.”

Some analysts have been much more pessimistic. According to Deutsche Bank’s base scenario, a recession would start in the third quarter of 2023 after the US real GDP grew at a slow 1.2% in 2022 as opposed to the prior 1.8%. As per a recent note from Goldman Sachs’ chief economist Jan Hatzius, the bank’s experts “now perceive recession risk as greater and more front-loaded.” As a result, he increased his recession likelihood from 15% to 30%.

It looks like a perfect double top formation on the daily chart, reinforced by the presence of the psychological level at 1.30. If the pair closes below 1.2950 today, the formation could become valid, likely targeting the 200-day moving average below 1.27.

Alternatively, if the USD advances above the current highs of 1.3050, the uptrend might continue to 1.35. 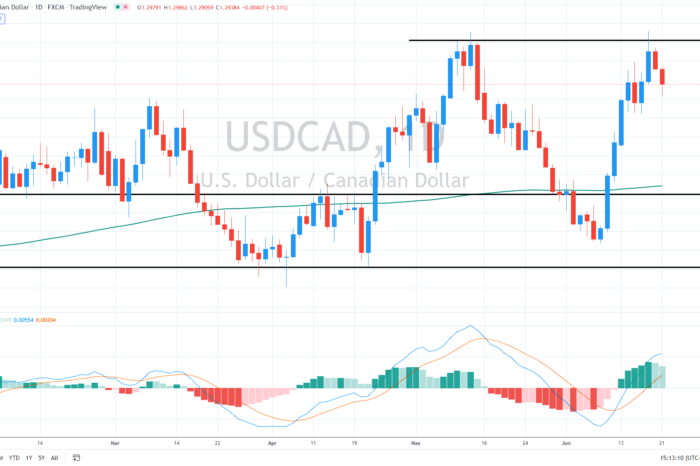