The Pound has been supported by the ongoing speculation that the Bank of England will deliver another rate hike at its meeting on Thursday.

Investors tried to remain optimistic on Tuesday, pushing the Pound higher against the greenback and helping the GBP/JPY cross advance during the London session.

Earlier today, the Office for National Statistics figures showed that UK unemployment has fallen to pre-pandemic levels. Still, wages are struggling to keep up with soaring inflation (as everywhere in the world).

The headline unemployment rate was 3.9%, 0.2 percentage points lower than the previous three-month period, returning it to pre-pandemic levels. It was also below the forecast of 4.0%. 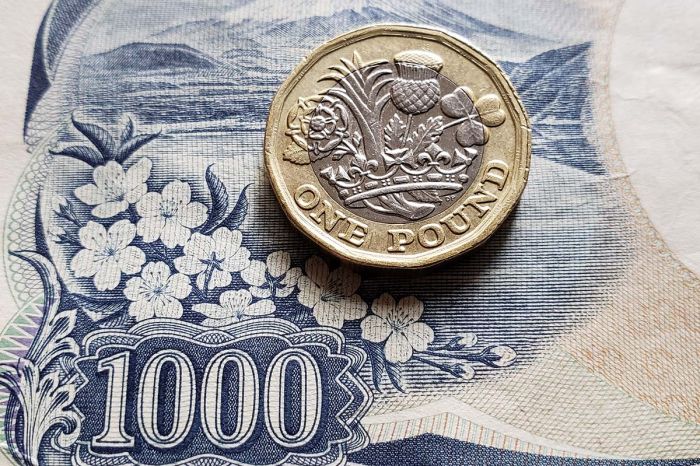 Japanese banknote of 1000 yen and coin of one sterling pound

Once adjusted for inflation, growth in total pay was 0.1%, while regular income – which strips out bonuses – was down 1.0% on the year. “Strong bonus payments over the past six months have kept recent real total pay growth positive,” the ONS noted.

The central bank is widely expected to deliver another rate hike on Thursday, bringing the primary rate to 0.75%. However, several additional rate increases are scheduled throughout the year as inflation is getting out of control, further boosted by the recent developments in commodity prices.

Recent buying has brought the GBP/JPY cross back above the 200-day moving average (the green line near 153.25). The short-term outlook seems bullish as long as it trades above that level.

The next target could be in the 155 region, where March highs are seen.

Alternatively, if we see a decline below the 200-day moving average again, the cross could fall to 153, or possibly toward the 152 level, where the solid short-term support is. 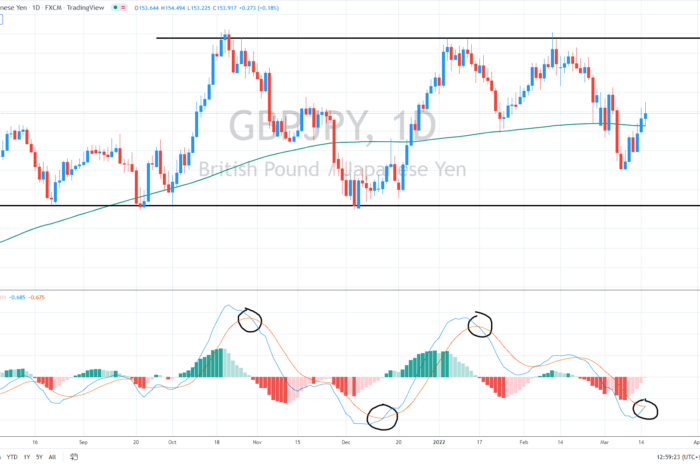