The planned stablecoin Diem, which was supposed to be an alternative to fiat money for a 2-billion user base, will not see the daylight.

Only two years have passed since the introduction of the new idea of ​​one of the largest companies in the world, and it seems that its founder Mark Zuckerberg will not add another business success to his account. The planned stablecoin Diem (first called Libra), which was supposed to be an alternative to fiat money for a 2-billion user base, will not see the daylight. After a hard battle with regulators, Meta (formerly Facebook) sold all properties and other assets related to Diem Payment Network operations.

It all started with big plans only in 2019

In 2019, Facebook released a whitepaper on its potential global cryptocurrency project called Libra. In addition, other large companies such as Mastercard, PayPal, Visa, Stripe, eBay, Coinbase, Uber and others have joined the Libra Association consortium. The largest social network also planned to develop and operate its own electronic wallet Calibra. We can certainly consider the already mentioned huge 2 billion user base as the biggest and probably the only competitive advantage of the whole project.

The project was not perceived very positively in its early beginnings and was mainly criticized for its centralization and associated security. Proponents of cryptocurrencies also rightly questioned Libra’s status as cryptocurrency, as it lacked virtually any of the fundamental characteristics – public, neutral, resistant to censorship, and borderless. Doubts were certainly associated with the bad name created by Facebook itself. Since 2010, there have been increasing questions about the lack of privacy, ethics, and dysfunctional management.

Regulators’ pressure from around the world was escalating rapidly

We could say that this part broke the neck of the whole project. Facebook officials have been subjected to lengthy hearings in front of the US Senate. President Donald Trump also commented on the plan to issue their own currency. He told Facebook that if they wanted to become a bank, they had to apply for a license and follow all applicable regulations. Similar statements have come from other countries around the world, and French Finance Minister Bruno Le Maire has said that his government and Europe will not tolerate the new Facebook project because it threatens the monetary sovereignty of the states. The Bank of England has issued a warning that in order for Libra to become legal in their country, it will have to meet all the necessary standards of the traditional banking world. 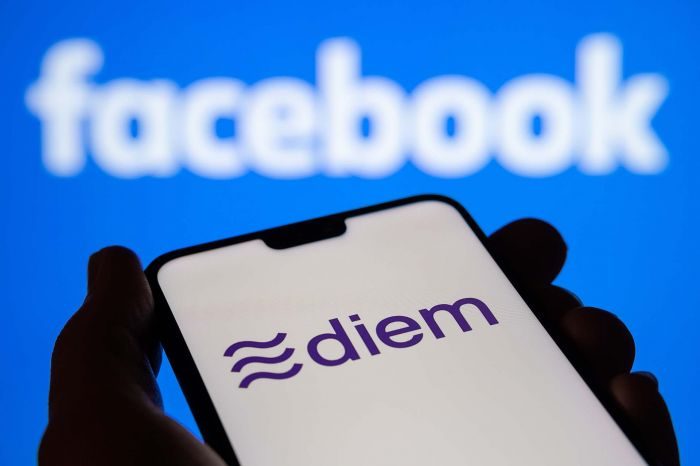 After the initial problems, many companies left this project – PayPal, Visa, Mastercard, and eBay. The situation has even escalated to such an extent that there has been public talk in Europe about the possibility of cancelling any banking contact with Facebook. The only answer to the problems with the regulators was the transition to stablecoin, which was to be backed by national currencies, and the subsequent marketing move in the form of a name change to Diem. These steps did not significantly improve the situation, and various complications have dragged the Diem project practically to the present.

The story of the cryptocurrency with potentially the largest user base thus ends with a scenario that has been considered necessary for a longer time. According to published information, Meta sold all properties and other assets to Silvergate Capital Corporation. From a technological point of view, we probably didn’t lose anything interesting. The only thing we were interested in was the increase in cryptocurrency adoption that the largest social network in the world could provide.

Since the project’s inception, experts have pointed to a lack of understanding of the basic principles of cryptocurrencies and argued that the link with a credible decentralized bitcoin could be an unstoppable tandem. At Meta (Facebook), however, they preferred their own financial interests, which sparked a wave of reluctance on the part of governments and sentenced the project to failure.