The gas shortage situation is now one of the main issues in Europe. The situation with the supply of Russian gas through Nord Stream 1 is uncertain. The pipeline is running at only 20% of its capacity and will have to be shut down again for a few days at the end of the month.

Europe has started to import more liquefied gas from countries such as the US, which has become the world’s largest LNG exporter as a result. However, countries are trying to fill their storage tanks as much as possible before winter, and this is creating a situation on the market that is not at all beneficial to fertilizer companies.

The crisis in the fertilizer industry is worsening

The situation is worsening, as shown by the news that giant Yara International ASA has announced that record gas prices are forcing it to cut ammonia use in the region. And they are not alone, as more producers across Europe have let it be known that they are having to cut production due to rising gas prices. Europe is already thought to have lost a quarter of its nitrogen fertilizer production capacity. 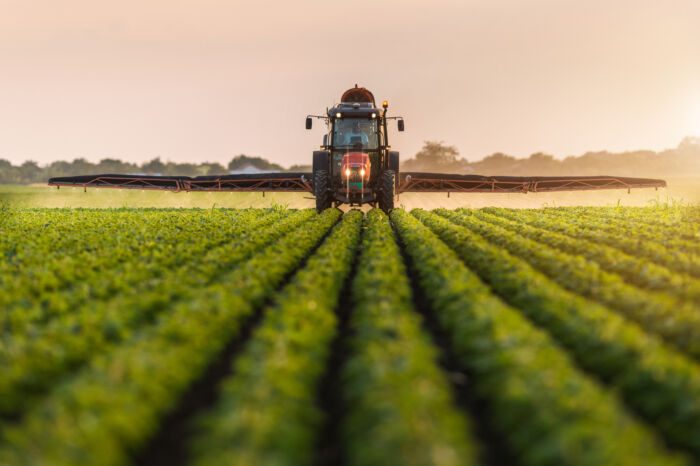 Tractor spraying pesticides in the field with a sprayer in spring

“Where possible, Yara will use its global supply and production system to optimize operations and meet customer demand, including continuing to produce nitrates using imported ammonia where possible.”

It is becoming cheaper to import than to produce

CRU Group has estimated that 41% of European ammonia production capacity outside of Ukraine will be curtailed or run on a curtailed basis. It is also becoming much cheaper to import ammonia into Europe than to produce it, it said.

Fertilizer prices are already at multi-year highs, which will lead to a significant increase in farming costs more broadly. This will make farmers, particularly in Europe, highly uncompetitive.

Russia is a big supplier of fertilizer and is therefore in a very advantageous situation. It controls one of the most important raw materials for fertilizer production, gas, produces fertilizer in large quantities and is also one of the largest exporters of wheat.

Related: Supply and demand shocks in the food market

Russia thus has everything that Europe lacks in this sector. If what happens is that Europe wants to move more away from Russia, it will have to import a lot of things from other countries, usually at much higher costs, and prices in Europe will not just fall.

This is my shortened view of the current situation. Be sure to leave me your view in the comments and we can debate.