The corridor will run from Spain to the Netherlands. Is hydrogen a way for Europe to help itself in the face of energy uncertainty?

There is a lot of talk in Europe about different types of energy. Recently, gas and nuclear power have been confirmed as green investments. However, there is another type of energy that is being talked about, even though its development and use are only just beginning, and that is hydrogen.

Europe wants to build a large hydrogen corridor from southern Europe to northern Europe. This is the first corridor of its kind, but if it proves successful, we can expect more such links in the future.

The corridor will run from the Spanish port of Algeciras to Rotterdam in the Netherlands. On the Spanish side, the hydrogen will be exported by Cepsa. 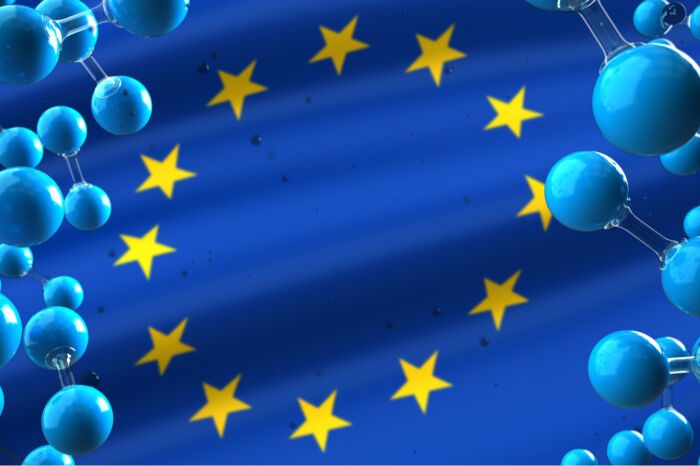 Hydrogen molecule with the EU flag in the backdrop

“The opportunity to build the first green hydrogen corridor in Algeciras, the leading energy port in Spain, demonstrates the unique role that Spain, and in particular Andalusia, will play in the energy transition in Europe. Spain is ideally placed to become a world leader in the production and export of green hydrogen, given its strategic location, abundant generation of renewable energies, and its robust energy infrastructures and key ports, such as Algeciras and Huelva. Cepsa, the main energy company in Andalusia, intends to play a leading role in realizing this vision.”

At the other end of the corridor will be the Port of Rotterdam, which is an important hub for energy supplies to Europe. Rotterdam has big goals for supplying hydrogen to Europe and wants to supply up to 4.6 million tonnes of this commodity to northwest Europe by the end of the decade. The entire corridor is due to be operational in 2027.

“Setting up this trade lane between Algeciras and Rotterdam is a substantial contribution to Europe’s ambition to reduce CO2 emissions as well as increase Europe’s energy independence and stimulate our economies.”

The European Commission has long mentioned the pursuit of hydrogen’s potential in its statements. By 2030, the EC wants to have 40 GW of renewable hydrogen electrolyzers installed.

It is therefore one way that could gradually help Europe to become more energy secure. There is even the very interesting step of setting up a European Hydrogen Bank, which is expected to inject $2.91 billion into the European hydrogen market.

You may also like: Is Alcoa showing a problem in the aluminum market?

At the moment in Europe, the country most interested in hydrogen is Spain, where the energy company Repsol, in particular, is about to invest heavily in this sector. According to recent reports, Repsol is expected to invest $4.4 billion in hydrogen-related projects.