It looks like the bearish trend will continue as there are no bullish news for the single currency.

The single currency was down for the fourth consecutive day, entirely erasing last week’s rally as the EUR/USD pair declined below 0.97 once again.

Mario Centeno, a member of the Governing Council of the European Central Bank (ECB), stated on Monday that “normalization of monetary policy is definitely required and desired.”

In addition, policymaker Klaas Knot declared on Monday that the European Central Bank (ECB) will need to take a major rate step once again in October but that it is “too early to predict how big a step has to be.”

“Markets seem to underestimate the upward risks in the inflation outlook. I expect significant moves by ECB will be needed in 2023 to get inflation down,” he further added.

As the economic situation in the eurozone remains very weak, investors seem to be ignoring any policy normalization in the EU.

You may also read: Weekly macro report – the market is in full hawkish mode

Eurozone is in a deep recession

In other news, the Eurozone Sentix Investor Confidence indicator declined from -31.8 in September to -38.3 in October, which was worse than the -34.7 predicted. The indicator decreased and reached its lowest point since March 2020, indicating a severe recession.

Since August 2020, the current situation in the eurozone has decreased, falling to -35.5 points in October from -26.5 in September.

The report further read that The attack on the Nordstream pipelines has not lessened the lingering uncertainty regarding the gas and energy situation in the winter. Furthermore, an escalation of the military war in Ukraine is now increasingly likely, in addition to the economic concerns. Overall, there isn’t much cause for optimism.

German residents getting some relief

Elsewhere, experts from the German Gas Commission shared their opinions on the government’s gas relief initiative via Reuters and the wires.

Germany’s expert committee issued a statement saying that after 35 hours of deliberation, the commission unanimously approved its recommendations to the government.

According to Reuters, which cited a source familiar with the discussions, the government would have to pay the one-time payment, which is scheduled for December, for almost 5 billion euros.

Technically speaking, the EUR/USD pair remains in the large bearish channel so that the downtrend could continue in the near future. 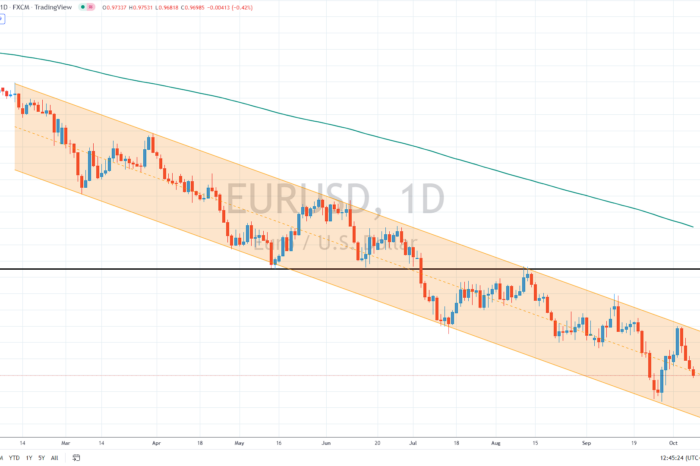