The Swedish Krona (SEK) declined notably Tuesday, rather ignoring a larger than expected rate hike by the Swedish central bank, sending the EUR/SEK currency cross to the highest level since March 2020. As of writing, it traded 0.4% higher near 10.83.

The policy rate of Sweden’s central bank, Riksbank, was increased by 100 basis points (bps) to 1.75% on Tuesday. A 75 bps rate rise was predicted by Reuters.

More information from the decision:

According to economists at ING, due to SEK’s considerable sensitivity to the prospects for European growth, the EUR/SEK should reach 10.60 in 4Q22.

You may also like: Porsche IPO could raise up to $9.4 billion for Volkswagen

However, in 2023, some progress in the eurozone’s situation and the conclusion of the global tightening cycles should contribute to the revaluation of pro-cyclical currencies, including SEK.

“We expect a gradual return to 10.00 over the course of 2023, although geopolitical and energy-related developments do pose non-negligible risks to this profile,” they added

The short-term outlook looks bearish to Danske Bank analysts as well. They expect the pair to advance nicely toward the 11 level. The fact that the fixed income markets appear to be pricing too many rate increases from the Riksbank poses a short-term concern. The cyclical SEK would be significantly hampered by a repricing of the Riksbank, poorer global GDP growth, and volatile asset prices.

Technically speaking, should the highs from March fail to hold the bulls, the initial target would be at the psychological threshold of 11. 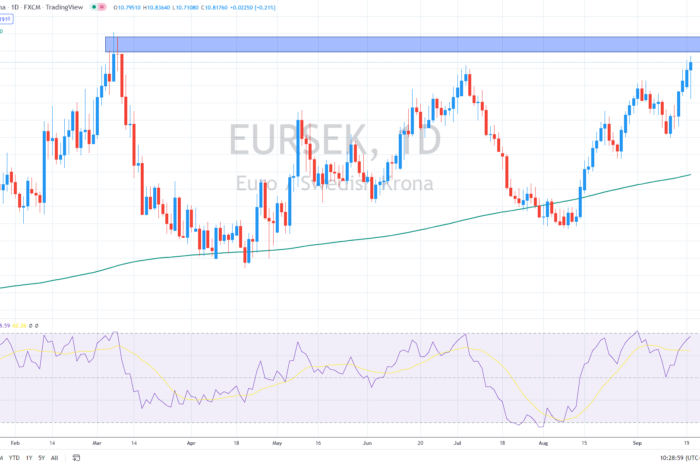