Volatility continues in the FX market, but the EUR/JPY cross has managed to remain in an uptrend, despite risk-off environment.

The single currency has managed to defend its gains against the Japanese Yen, but only because of the continuous JPY depreciation against the USD.

On Friday, the EUR/JPY cross traded half a percent lower, falling to 141 after EU and Japanese data.

According to data released by Eurostat on Friday, the Harmonized Index of Consumer Prices (HICP), which measures inflation in the euro area, increased from 9.1% in August to 10% in September. This result was greater than the 9.7% market forecast.

In addition, According to the information released by Destatis on Friday, the unemployment rate in Germany remained constant at 5.5% in September, as was predicted.

The Unemployment Change increased by 14K over the same time, down from 28K in August and under the market consensus of 20K, as per the report.

Meanwhile, in Japan, the unemployment rate in Japan has stayed at 2.5%, in line with expectations, although lower than the 2.6% reported in the previous report. The Jobs/Applicants Ratio has increased to 1.32 from 1.30 projected and 1.29 in the previous print.

Moreover, retail sales have dramatically improved to 4.1%, above both the 2.8% prediction and the 2.4% preceding number, likely as a result of the Bank of Japan’s ongoing injections of cash into the economy. The BoJ is of the opinion that economic stimulus is required to restore the pre-pandemic era growth rate. Finally, Japanese industrial production increased to 5.1% from a 2% yearly drop.

The BOJ’s continued adoption of an ultra-dovish monetary policy causes the yen to decline continuously. The yen has now fallen even further after the recent announcement of an ad hoc bond-buying scheme.

The key resistance seems to be at previous highs in the 144/145 area. If bulls push the price above that level, we might see another leg higher toward 150. Moreover, the 200-day average seems to be in a nice uptrend, confirming the long-term bull market.

You may also read: Stanley Druckenmiller disappointed by Fed and favors crypto

On the downside, the unbreakable support could be at previous lows near 138, and if not held, a retest of the 200-day average could be in the cards. 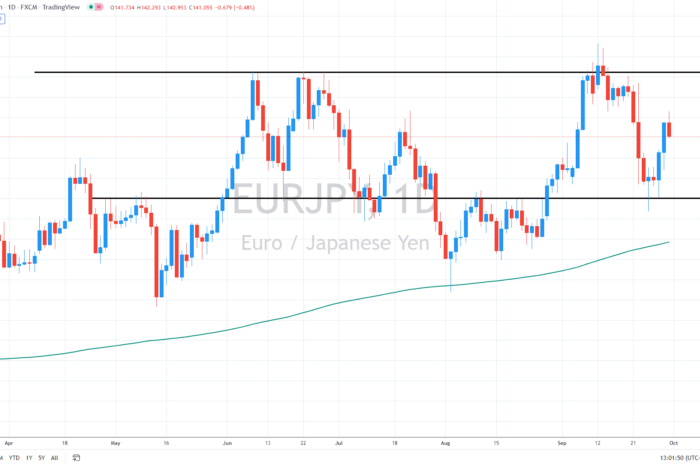