Ethereum Merge is coming this week

The upgrade of the second largest crypto from PoW to PoS will undoubtedly be a difficult test that could determine the future direction of the entire sector.

This is one of the most fundamental events in the cryptocurrency space we have witnessed throughout history. The upgrade of the second largest cryptocurrency in terms of total market capitalization from PoW to PoS will undoubtedly be a tough test that could determine the future direction of the entire sector. Views on this upgrade differ significantly, so we look at what it could bring in the near future. Google also adds a small bonus.

The most fundamental advantage of the transition from PoW (Proof-of-Work) to PoS (Proof-of-Stake) consensus mechanism is a dramatic reduction in the energy demand of the network. Ethereum blockchain will no longer use miners to verify individual transactions, and so-called validators will replace them. The guarantee of their correct actions should be (as the name implies) a stake – that is, an amount that they must lock in advance if they want to participate. 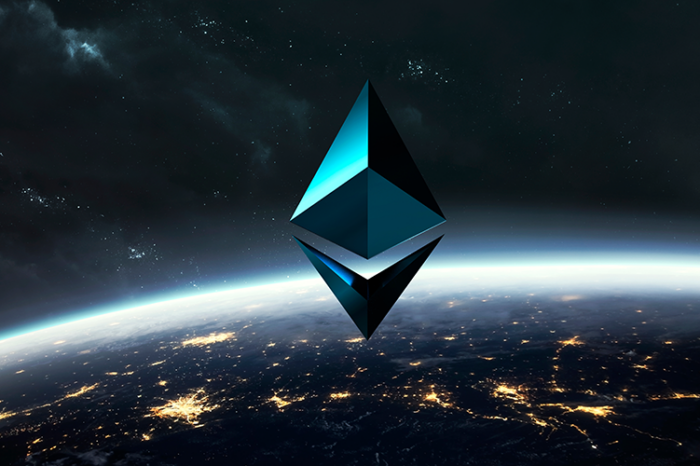 According to information provided directly by the Ethereum Foundation, electricity consumption should be reduced by up to 99%. This figure also caught the attention of experts from Bank of America, who assume that it could increase the interest of institutional investors. Currently, some of them are prohibited from buying cryptocurrencies that work on the PoW mechanism.

“The significant reduction in energy consumption post-Merge may enable some institutional investors to purchase the token that were previously prohibited from purchasing tokens that run on blockchains leveraging proof of work (PoW) consensus mechanisms,”

However, the price and transaction speed of the Ethereum network continues to be a frequently discussed problem. We will probably not see any change with the expected transition in this direction. However, a solution could come within more updates in the future.

Ethereum as the main store of value

We are currently seeing an outflow of institutional money on the Ethereum network, likely due to investor concerns about upgrading the new consensus mechanism. However, the well-known cryptocurrency analyst InvestAnswers tells his 444,000 YouTube followers that this situation may change fundamentally in the future. The second largest crypto asset could offer stakers a 10-15% annual valuation with relatively little regulatory risk.

“It is an enticing bond alternative for institutional investors. For the first time ever, we could get a lot of institutional money, people who historically invest in things like gold and bonds could come into the space and this will be a huge money flow. Ethereum also powers DeFi and also there’s no regulatory risk as we heard from Gary Gensler for the umpteenth time last week.”

According to data from the blockchain, HODL is currently the dominant behavioural model on the Ethereum network. It means that the number of users who are not willing to sell is growing. Up to 60% of investors have held their ETH for more than a year, and the number of 7-year HODLers currently holding 2% of the ETH supply is also growing. In addition, Ethereum also promises the deflationary nature of its asset, while deflation could reach the level of 4%. This would beat Bitcoin’s (BTC) with estimated internal inflation of 1.7% by almost 6% and could make ETH the new store of value king in the cryptocurrency space.

Two interesting information at the end

Ethereum is not entirely finished with the PoW mechanism, and after the Merge, a fork called EthereumPoW (ETHW) will be created. Behind EthereumPoW is Chinese miner Chandler Guo, who announced the Proof-of-Work hard fork on Twitter on July 27. According to the new information, this fork will take place 24 hours after the Merge. The exact time and other details should be published an hour before it starts. Several exchanges have already shown interest in ETHW, and its listing has been announced by Poloniex, Bitfinex and Coinbase.

In case you missed: How to mine cryptocurrencies in a bear market

Google also prepared a small surprise in the form of an “easter egg” for us on this occasion. If you type “the Merge” or “Ethereum Merge” into their search engine, you’ll see a countdown to the mentioned event along with other details. The technology giant Google did so as a sign of support for the work behind the Ethereum project. The countdown should be connected directly to the blockchain and is updated in real-time.