While oil and gas prices made headlines in the last months, electricity in Europe is causing many headaches as it surges to all-time highs. 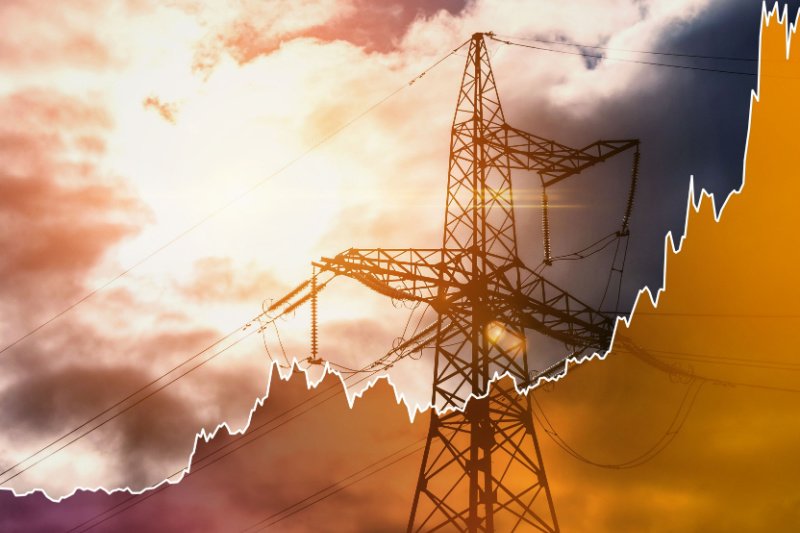 In August 2022, amidst an ongoing energy crisis, electricity prices in Germany reached record highs exceeding 700 € per megawatt hour. The standard European price also pushed beyond 1,000 € for the first time. What in the world is going on?

Inflation rates all over the world started to rise slowly throughout 2020 and accelerated in 2021. However, in 2022, inflation skyrocketed in the US, Eurozone, and basically everywhere, which caused massive price increases. Electricity is not the only commodity to surge in value so dramatically.

Oil jumped from a negative price in 2020 when COVID-19 arrived to a triple-digit value this year. Natural gas prices in Europe grew by more than 200% in 2022 and more than 300% the previous year. However, electricity prices are a different story, and it is an obvious winner when it comes to price increases.

Germany and France, both suffering from serious difficulties, are setting nearly daily records for electricity. This is due to Russia’s restrictions on natural gas supplies and, in the case of France, a persistent decline in nuclear generation.

The European Union will call an urgent conference of energy ministers to examine possible solutions. The increase in inflation is endangering the financial stability of businesses and households across continents, which needs to be taken of.

Governments all around Europe have started to impose severe restrictions on energy use as the price of electricity in French rose to 1,130 € per megawatt-hour on European Energy Exchange AG. A record was also set in Germany, which saw a rise to roughly 700 € per megawatt-hour. This is more than $1,500 per barrel in terms of the oil market. 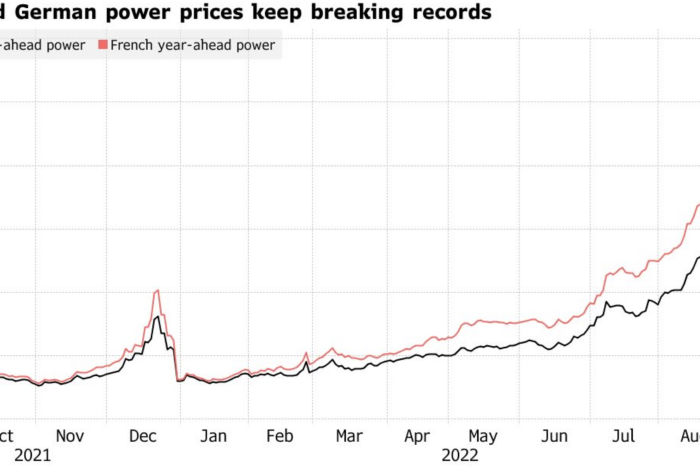 For the first time ever, electricity costs in France exceeded 1,000 € per megawatt hour after Électricité de France (EDF) SA extended the shutdowns of three critical nuclear reactors because of corrosion issues and reduced hydroelectric output owing to the drought. Fifty-six nuclear reactors produce 70% of France’s electricity, although 32 of them are now not operating due to maintenance.

According to EDF, the total output for 2022 is now anticipated to be at the lower half of the estimated range of 280-300 terawatt-hours. In addition, energy supplies on the European continent, which were already under pressure due to reduced supplies from Russia, were further squeezed when France, a power exporter, converted to an importer.

You can also read: The biggest bank fraud in China cost people billions

France has historically been one of Europe’s largest net exporters of power, but that position is no longer valid as its yearly nuclear output is on track to have its worst year in more than thirty years. If the supply situation results in blackouts and freezing homes this winter, it might cause civil unrest and political turmoil.

However, on Tuesday, electricity prices in France fell by 37% in a single day, and other European countries followed as the price of electricity declined in the UK by 23.5%, Germany by 8.4%, and Italy by 4.7%. This could mark at least a temporary peak and stop the prices from rising daily.

Nevertheless, industries may be forced to close down or reduce operations due to the high cost of electricity, and some may never recover. Moreover, these high prices do not affect just businesses but also regular people and fertilizer producers.

Across the continent, producers are working well below capacity, endangering both agriculture and food production. As they struggle to keep up with the rising cost, businesses are stopping output and if this frenzy does not stop soon, Europe might be in considerable danger.