El Salvador has been talking about issuing its Bitcoin bonds for some time. These are to be issued in the amount of $1 billion and are to be used, among other things, to build Bitcoin City, a futuristic city in the shape of bitcoin.

Originally, the bitcoin bonds were supposed to arrive in March 2022. However, they were postponed then due to the uncertain geopolitical situation.

Finance Minister Alejandro Zelaya has now announced another delay and the reason is practically the same, uncertain global market conditions and the associated high volatility of Bitcoin. So we can expect that we won’t see the first bitcoin-related bonds until the situation improves. 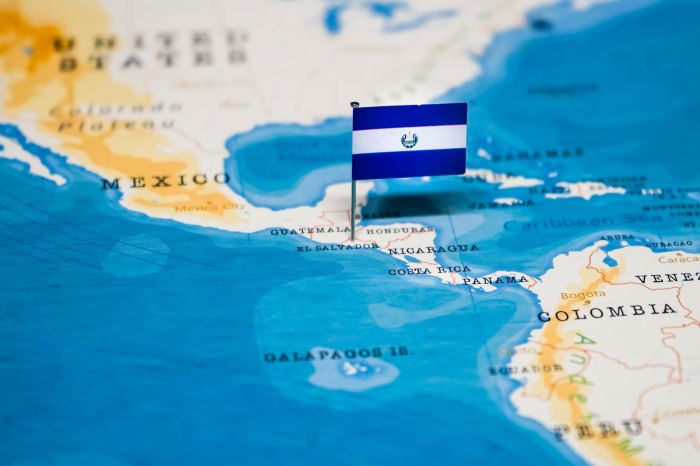 The Flag of El Salvador in the world map

El Salvador has been under a state of emergency since 27 March. This was after the collapse of the agreement between the government and the drug gangs, which caused a big increase in crime and murders. In less than three months, more than 35 000 people have already been imprisoned, meaning that almost 2% of the population over the age of 18 is now in detention, resulting in prisons being overcrowded to more than 250% of their capacity.

Because of this, President Nayib Bukele did not attend the Bitcoin Conference in Miami 2022. When he was originally scheduled to announce the next big news regarding cryptocurrencies.

The country may be buying bitcoin, but its economic situation is a cause for concern

The government of El Salvador has been buying BTC since September 2021, when it made BTC legal tender. The last time it did so was on May 9, when President Nayib Bukele announced that they had purchased an additional 500 BTC. The current value of bitcoins officially held by the Central American country is approximately $35 million.

However, doubts have begun to emerge about El Salvador’s ability to ever repay an $800 million bond due in January 2023, which has resulted in the country being downgraded by rating agency Moody’s because its “financing plan is not sufficiently credible”. So issuing another bond wouldn’t be such a good idea either, even though the bond would be linked to bitcoin.