The cryptocurrency sector representatives and exchanges ask for a clearly defined legal framework to follow.

The fact that even the largest cryptocurrency exchanges come into conflict with the law is no longer exceptional. The world’s most famous crypto trading platform, Binance, has not escaped similar difficulties, and in recent months, the Coinbase exchange has been mentioned in particular. They are already facing several lawsuits, while representatives were also accused of inside trading. However, the U.S. regulator, SEC, is also investigating the listing of several cryptocurrencies, which in their opinion, are securities. If the SEC is correct, this would be a big problem for Coinbase and many other exchanges and cryptocurrencies. The cryptocurrency sector representatives and exchanges ask for a clearly defined legal framework to follow.

Another conflict with the regulator

It is no secret that SEC Chairman Gary Gensler considers almost all cryptocurrency tokens to be securities. He has expressed himself many times, but in this case, the regulator moves from words to actions. After the product manager was accused of inside trading, the following nine were identified as problematic tokens: AMP, Rally (RLY), DerivaDEX (DDX), XYO, Rari Governance Token (RGT), LCX, Powerledger (POWR), DFX and Kromatika (EXCEPT). The first seven were traded on the Coinbase platform, and the remaining two were marked on the internal list as planned. 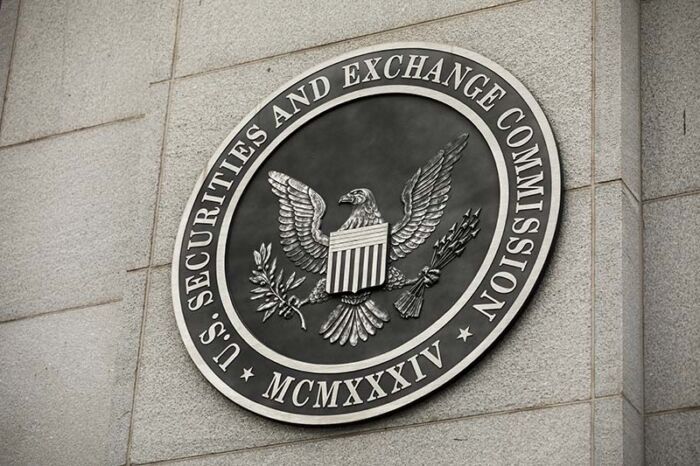 The exchange’s statement came from Chief Legal Officer Paul Grewal. He claims that Coinbase does not offer any securities that should be subject to regulation. He adds that the listing of any digital asset is preceded by a thorough process of analysing whether it is not a security. Trading of the asset is never started without this verification. The problem also partly concerns the Binance exchange, which offered one of the tokens mentioned above – AMP. However, its trading was stopped following the aforementioned event. According to the information, they are certainly not giving the regulator the truth and are only doing so out of caution.

Each of them relates to the above, and they say the company made false and misleading statements about the nature of its operations. The lawsuits allege that investors suffered losses due to the bankruptcy clause and in connection with the offering of cryptocurrency assets that were supposed to be registered as securities. The first lawsuit was filed by the law firm Bragar Eagel & Squire in the US District Court of New Jersey, and the second, almost identical, came from San Diego-based Robbins Geller Rudman & Dowd LLP.

In case you missed: Hodlnaut as another crypto lender flopped

Both lawsuits use almost the same terminology, claiming that Coinbase knew and recklessly ignored that these crypto assets should be registered as securities. They also point to the fact that Coinbase’s shares price fell by 26% first and then by another 21% as a result of the accusations. Together, the share price has lost up to 64.59% since the beginning of the year, causing serious problems for investors. It should be added that in the last week their price has increased again by 47%.

According to the latest reports from Forbes, U.S. Senator Cynthia Lummis said that the regulator is investigating all 40 U.S.-based cryptocurrency exchanges, including Coinbase and Binance. Individual exchanges are in various stages of the investigation, and the SEC is reportedly trying to resolve its dispute with the Commodities Futures Trading Commission (CTFC), the agency that has ultimate jurisdiction over crypto assets. One of the high-ranking employees of the exchange said that many of them had received so-called “Well Notices”. This is a formal notice that legal action will be taken against them.

The SEC’s legal actions are also fairly harshly criticized by their former adviser J.W. Verret, an associate professor of law specializing in securities and finance at the Antonin Scalia Law School. In an opinion piece for the Wall Street Journal, he wrote that the commission would essentially be shooting itself in the foot if it continued with this action. Verret stated:

“The SEC’s position – that most tokens are securities and must register or face enforcement – is obtuse. It’s also an approach that works to the benefit of the scammers and hucksters who have abused the crypto space.”

He argues that the innovative industry of cryptocurrencies calls for an overhaul of federal securities law that has been in place since the 1930s. Legislators from 1933 would probably have been quite shocked by the cryptocurrency industry. Therefore it cannot be assumed that their legislation could be ready to handle the challenges of the digital era.

You may also like: Crypto news summary: Meta, Coinbase, and Solana hack

Additionally, he rounds out his stance by explaining that even if cryptocurrency developers wanted to register their projects as securities, it probably would not be possible. Often they do not have a board of directors, a general director or a financial director who could provide the required documents to the commission. The professor called on the SEC to create a regulatory regime that considers the crypto industry’s needs and capabilities. The Coinbase exchange itself came up with a similar initiative, calling on the regulator to present a new regulatory framework for digital assets in its “rulemaking petition”. Most cryptocurrency exchanges join the opinion.