The last week was full of bad news for the crypto world, but luckily there are people working for a better future and mass adoption.

A lot happened in just a week, and they are not necessarily good news. Crypto companies do their best not to crash, but some disasters are inevitable.

Huobi was on the brink of a crash

Huobi Global, one of the most notable crypto exchanges, experienced liquidity problems with its stablecoin HUSD. The stablecoin was launched several years ago, and it almost became Terra 2.0 as it lost its parity and fell to $0.85. However, everything returned to normal the day after, and HUSD is trading at parity again.

Related blog: Is Ethereum 2.0 going to change anything?

But still, these kinds of events throw a bad rap on crypto, especially stablecoins, which are supposed to be, well…stable. If the stablecoin would not repeg to parity, their Huobi token could also go in trouble and wipe out its $680 million market capitalization. And as a domino effect, people could start withdrawing massive amounts from stablecoins, and that would lead to even more depegs. 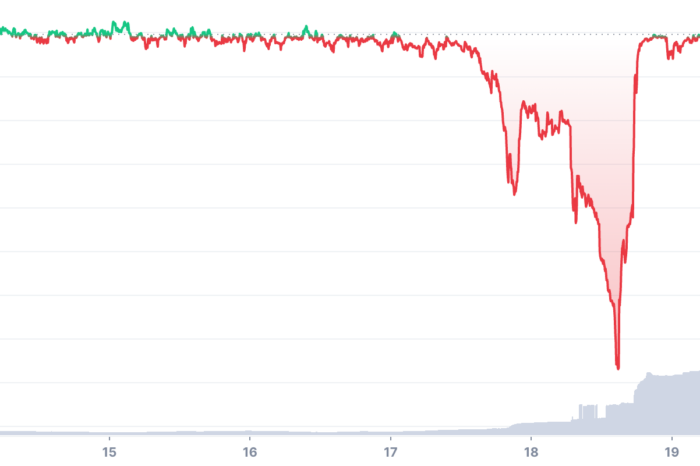 Celsius could be out of business soon

Several months ago, the Celsius network’s suspension of withdrawals drove the crypto lender to a disaster, but it seems that the company’s financial situation is worse than previously thought. A fresh court document was released on Monday evening by Kirkland & Ellis, and the legal team engaged in restructuring the Celsius debt. It contains less-than-optimistic revenue estimates for the lender.

You may also read: Bed Bath & Beyond frenzy explained

According to a document sent to the U.S. Bankruptcy Court for the Southern District of New York ahead of a hearing, Celsius is short $2.8 billion in unpaid liabilities. Even yet, it seems that Celsius will run out of cash by the end of October and won’t have any more cash for another three months. As a result, by the end of October, it is anticipated to have a $33.9 million hole on its balance sheet.

Holdnaut fires 80% of its staff

On August 8, cryptocurrency lender Hodlnaut stopped deposits, token swaps, and withdrawals due to “market conditions.” On Tuesday, the struggling company applied for creditor protection in Singapore to prevent asset-forced liquidation. According to reports, Holdnaut held $187 million in TerraUSD, and its problems started when it crashed to zero in May, sustaining significant losses. Holdnaut disclosed that up to 40 employees, or 80% of its workforce, had been let go.

The whole crypto market plummeted out of nowhere and wiped out more than $80 billion in valuation in just one day. Of course, that is in a valuation of crypto, but there are also futures traders who use leverage. Reportedly, more than $600 million in long and even in short positions have been liquidated. Most positions were closed on OKX and Binance.

Now let’s get to some good news finally. Mercado Libre, the biggest online retailer in Latin America, is launching its own cryptocurrency called Mercado Coin. It was launched on Thursday and will be running on the Ethereum network with a starting value of $0.10. Their goal is to democratize financial inclusion in Latin America and bring an impulse to Mercado’s loyalty program. Initially, it is only available in Brazil through Mercado Pago fintech company.

MercadoLibre to create cryptocurrency as part of loyalty program https://t.co/7kanuk6GLh

Crypto.com got a green light

Crypto.com is not alone as Binance continues to travel all around the world, trying to adopt crypto assets massively. Especially the CEO of Binance visited Monaco, Vietnam, Senegal, and other nations, trying to show the benefits of blockchain and cryptocurrencies. The future looks interesting.

Hanged out with @Fredgenta in Monaco a few days ago. Pushing crypto in more 0 tax jurisdictions. pic.twitter.com/2gxcRJKnng