Will Russian gas save the ruble?

Russian gas is the topic of recent weeks. It is undoubtedly a major tool for Russia to influence the world around it.

With Russia’s current invasion of Ukraine, the situation surrounding Russian gas is becoming more edgy. President Vladimir Putin recognises the power and importance of this commodity. On Wednesday he said that Russia would demand payments in rubles for gas sold to “hostile” countries. After that European gas prices have risen sharply on fears that the move will deepen the energy crisis in the region.

Putin’s message was clear. If countries want Russian gas, they must buy Russian currency. It remained unclear whether Russia has the power to unilaterally change existing contracts negotiated in euros.

How did the ruble react?

No doubt this is a move to prop up the ruble, which is weakening left and right. Following this shocking announcement, the ruble briefly jumped to a three-week high of 95 against the dollar. It pared the gains but remained below 100 and closed at 97.7 against the dollar, down more than 22% since February 24. 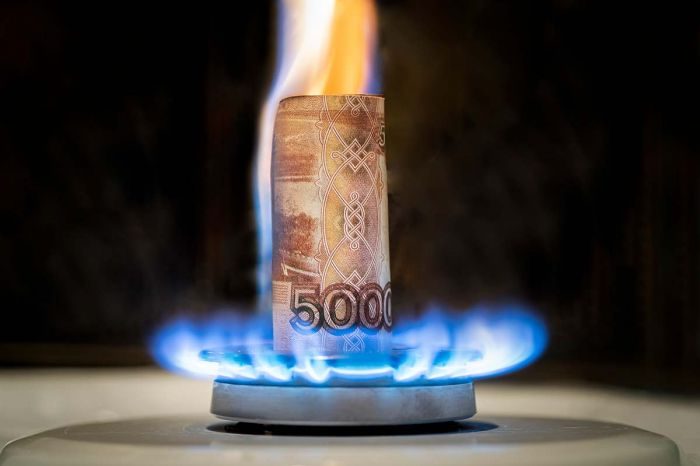 Read also: Russia is no longer the number one supplier of oil to China

How dependent is Europe on Russian gas?

Russian gas accounts for about 40% of Europe’s total consumption. Gas imports from Russia into the EU have ranged between 200 million and 800 million euros ($880 million) a day this year.

According to the Russian President, Russia will therefore continue to supply natural gas at the same rate and at the same prices as in the current contracts, only the settlement currency will be different.

Gazprom (GAZP.MM) said 58% of its gas sales to Europe and other countries were settled in euros as of Jan. 27. American dollars accounted for about 39% of gross sales and sterling about 3%. Commodities traded around the world are largely settled in U.S. dollars or euros, which account for about 80% of global currency reserves.