The problem is moving from Shanghai further into China

China's virus restrictions are spreading from Shanghai to other parts of the country, limiting metal supply chains and reducing demand.

Earlier we reported that there is a severe lockdown in Shanghai causing problems in factories and transportation. However, it now looks like the factory closures and traffic jams around Shanghai are easing slightly. What is not easing is the situation in other parts of China and, on the contrary, the problem seems to be shifting slightly there.

Tighter controls have been introduced in the cities of Suzhou and Zhengzhou, the capital of the central province of Henan. China has so far decided to stick with its Covid Zero policy, despite mounting evidence that it is threatening economic growth. 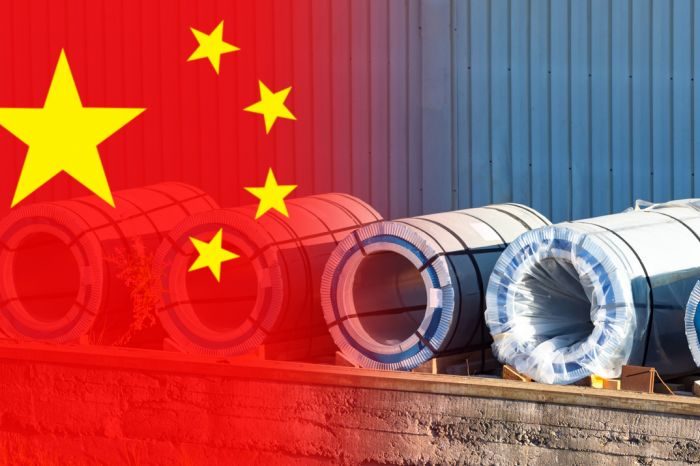 China flag next to rolls of steel

We reported that China’s central bank on Friday refrained from cutting its main policy rate while gross domestic product and industrial production data beat estimates. However, these numbers do not fully factor in the extent of the lock-ups as they came a little later. Metal prices reacted mixed to the cut in the key interest rate.

So it remains to be seen if China can use cheaper money to offset this slowdown caused by the Covid-19 pandemic and the concomitant slowdown in industrial production.