Gold remained stubbornly resilient on Friday, despite soaring US yields and strengthening US dollar.

On Friday, both silver and gold advanced, with gold climbing again above its 200-day moving average, trading near 1,810 USD during the US session.

All focus today was on the US jobs report for January, which showed the economy created 467,000 new jobs in that month, three times the consensus of 150,000. However, the number was a 3-sigma beat, suggesting that the consensus was wrong. In fact, the actual result came in at double the highest forecast. 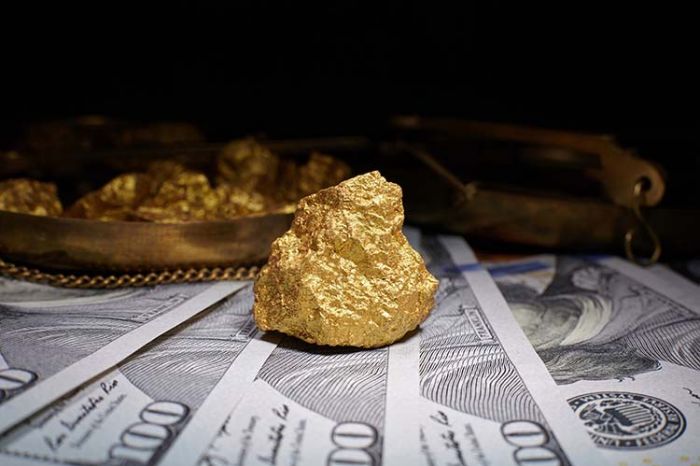 Following the data, US yields literally exploded higher, with the 10-year yield soaring to 1.9%, where the critical resistance is spotted. It is the highest level since January 2020. At the same time, the 2-year yield rocketed to 1.3%; the threshold was last reached in February 2020.

The market is slowly leaning towards a 50-bps rate hike in March, while four additional rate hikes this year are currently priced in.

One would expect a sharp decline in precious metals following such a strong employment report and soaring yields. However, the exact opposite has happened, and both silver and gold were trading higher on the day (at the time of writing).

For now, gold remains stuck in limbo as the metal has not moved anywhere over the previous months. The 200-day average near 1,808 USD continues to be a magnet for the metal.

However, it looks like a triple bottom pattern with support near 1,780 USD, which can send gold above November highs of 1,865 USD. Although it is hard to imagine gold rallying, considering the high yields and strong USD. 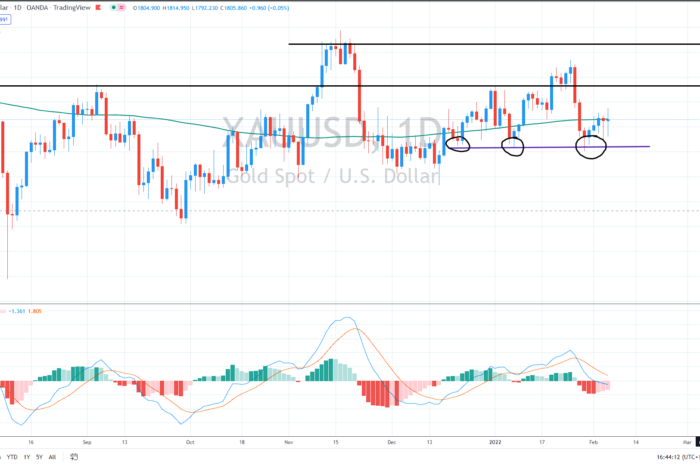