Fed decision brought no surprise for the markets, and mixed signals from Ukraine-Russia peace talks have sent price of commodities up.

Fed´s decision about interest rates was presented on Wednesday. The known consensus was hike by 25 bp to 50bp. As we wrote before, in case that the number will be same as consensus, the price move should be calmer or go up, because markets have already counted with that consensus.

Actual number brought no surprise, since we saw 25bp hike as expected. After initial volatility, day ended in green numbers with +0.43%. 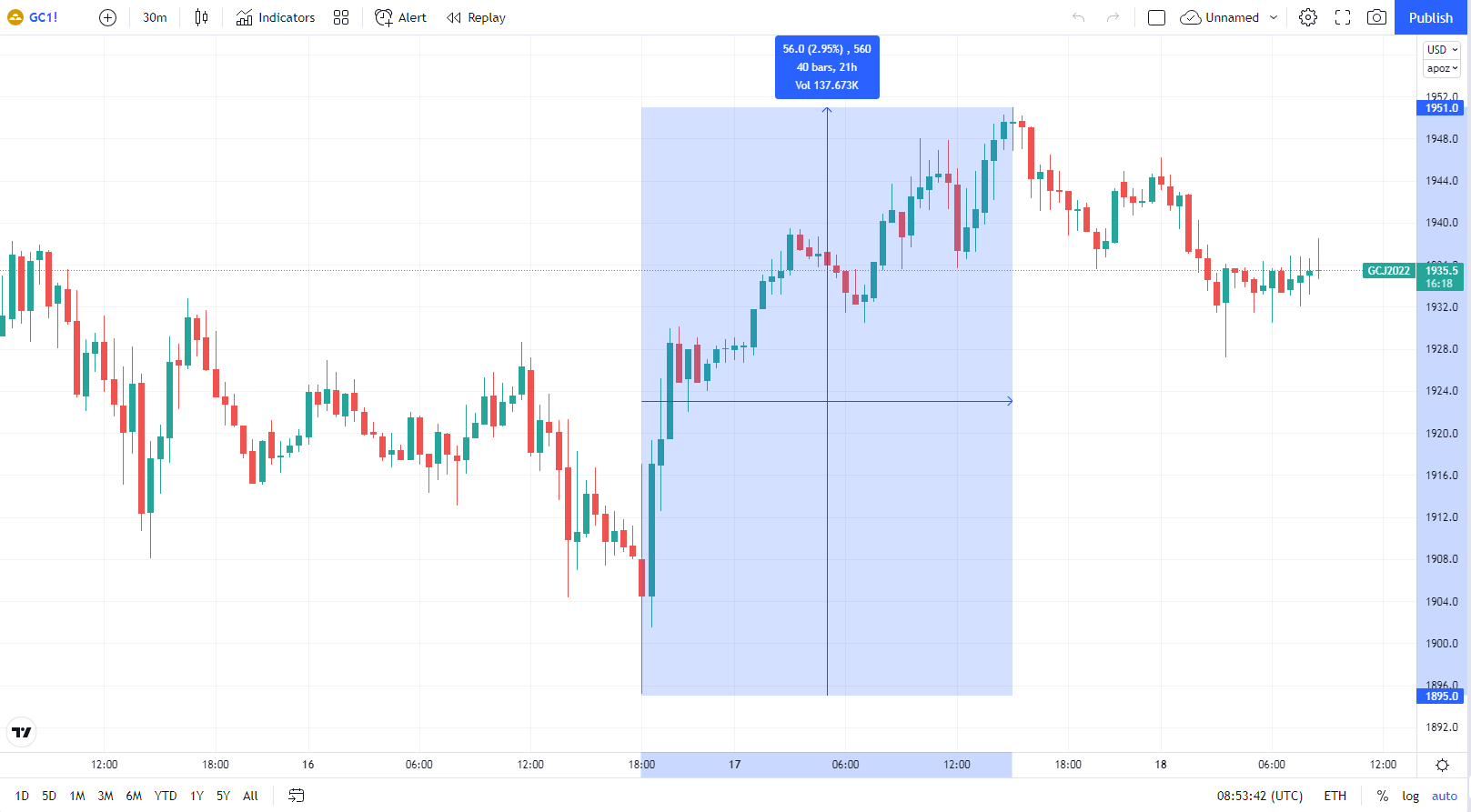 Mixed signals from Ukraine-Russia peace talks elevated crude oil above 100$ level. According to Bloomberg, oil extended gains after the biggest daily surge in 16 months. After Fed´s press conference, it is obvious that crude oil does not respond to this fundament as much as bullion. On the other hand, development in war conflict in Eastern Europe is still the main power for black gold. Chart below shows WTI weekly volatility change, where in the last three bars,  the extreme changes the war has been brought are clearly shown.

Read more: Talks among Ukraine and Russia ease the price of yellow metal 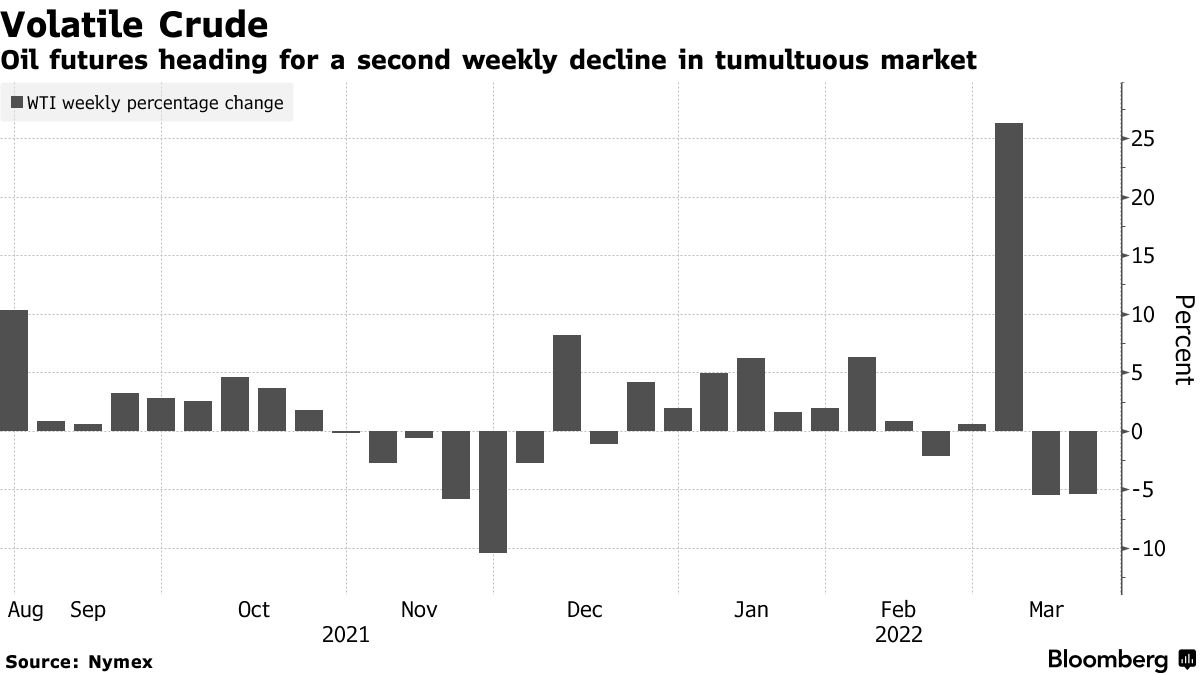 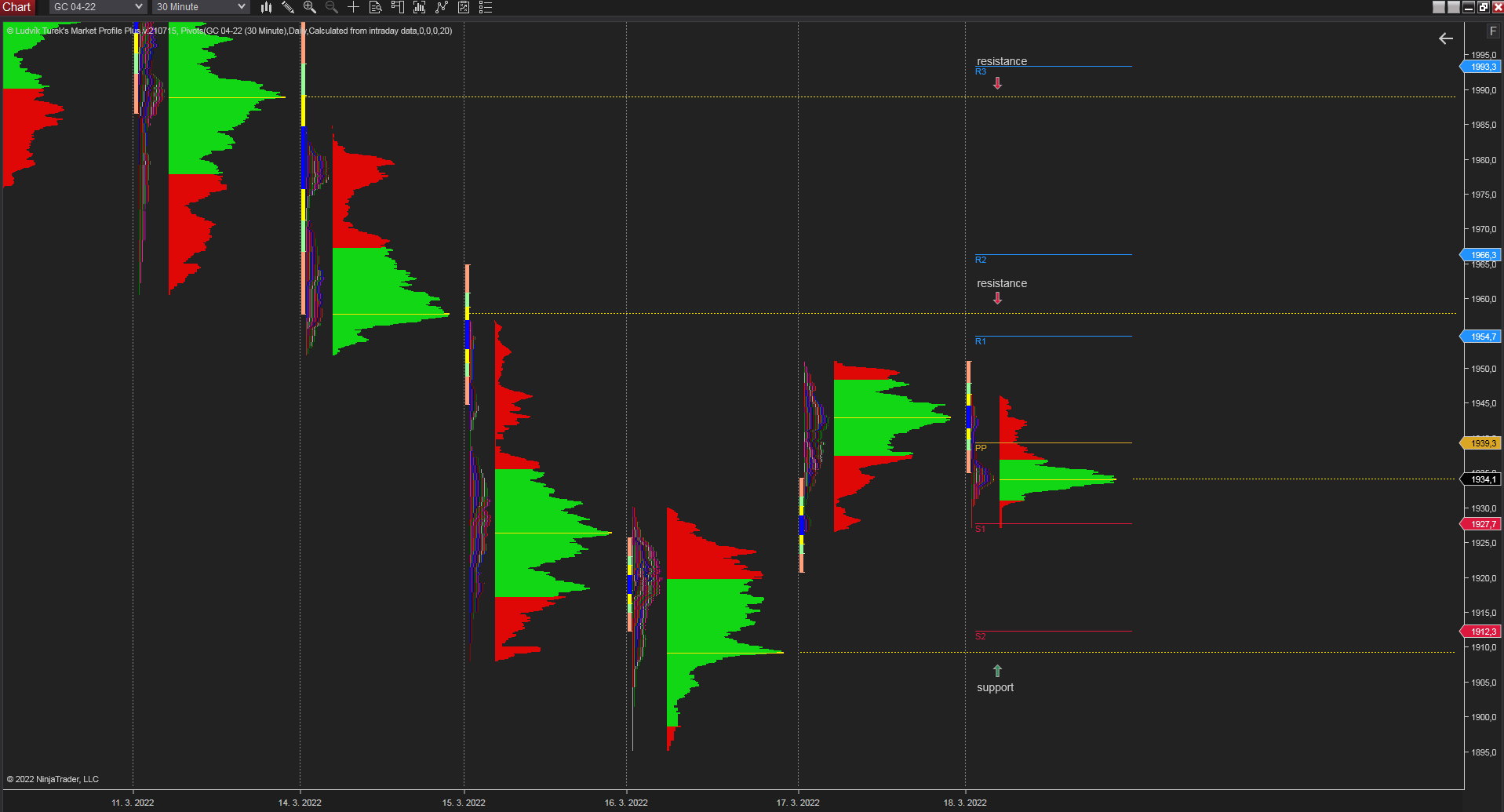 Crude oil has possible support at 102.31$ set by market profile. Next one is set around 100$ level, which is considered as strong psychological level. Earlier downward move on prices has left several possible resistance levels at 109.22$ and 112.86$. 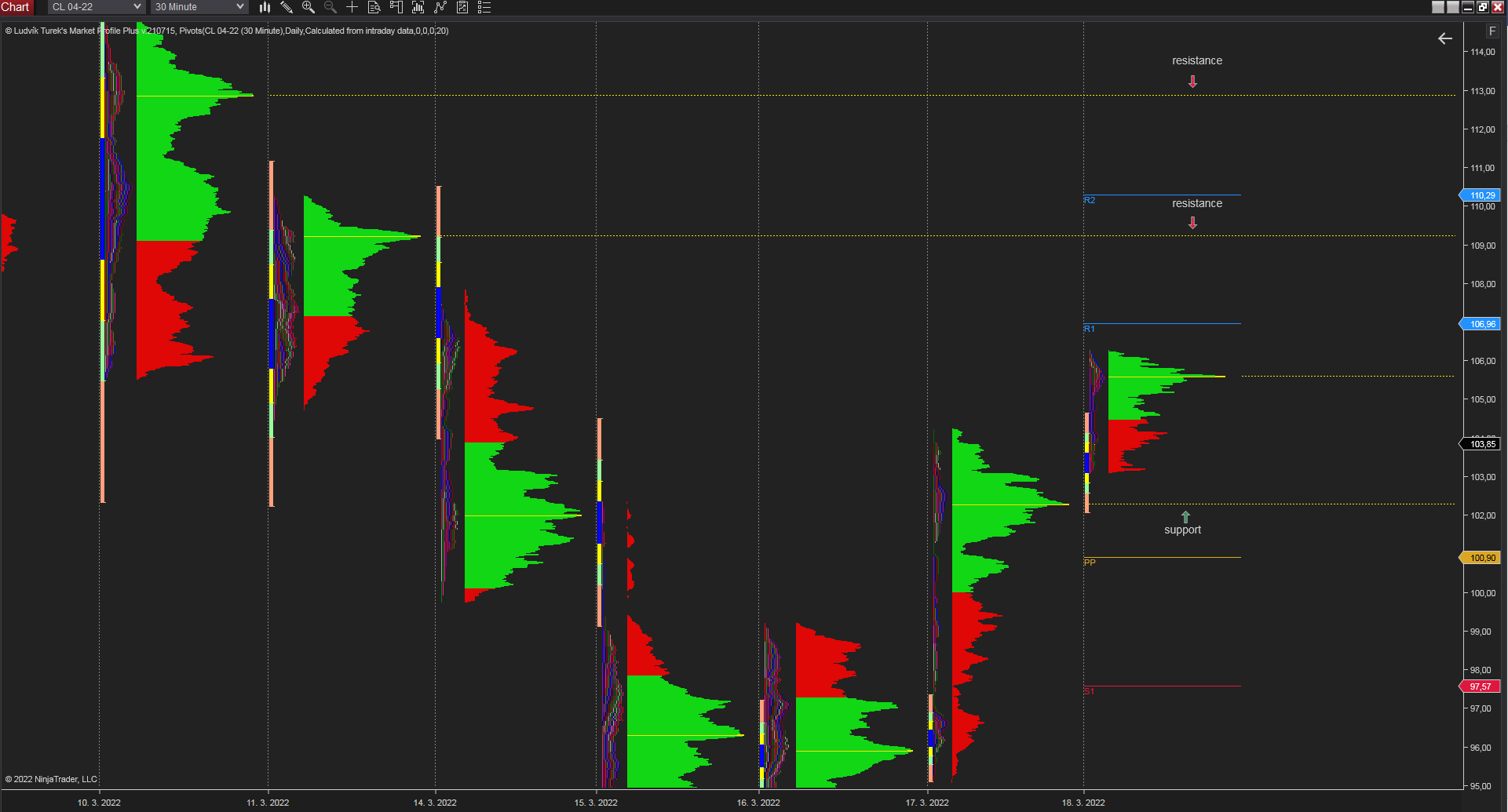