It looks like the company could defend the uptrend, despite the clear bearish trend in equity indices.

For the fiber-to-the-premises, business, and original equipment manufacturer industries in the US and abroad, Clearfield produces, markets, and distributes both standard and customized passive connectivity technologies.

In 2022, the markets have fallen, yet CLFD has risen. The stock is still up over 10% on the year, despite a significant price decline over the past month.

Minneapolis, Minnesota, serves as the home base for Clearfield, which was established in 1979. It has a $1.25 billion market valuation and 250 employees.

Related article: Porsche IPO could raise up to $9.4 billion for Volkswagen

In the broadband service provider industry, Clearfield offers fiber transport, fiber management, and fiber protection technologies that enable quick and affordable fiber-fed deployment. The rollout of 5G and NG-PON2 technologies to satisfy the fast expanding demand has given the corporation a strong competitive position.

Clearfield announced a 37% EPS increase for Q3 at the end of July. The business increased its fiscal year sales projection after seeing Q3 revenues, which nearly doubled year over year. Instead of the $218M anticipated, FY22 sales were revised to a range of $243-247M.

Although their backlog increased by 16% to $157M from one quarter to the next, their gross profit margin was down year over year.

Quarterly net sales as well as the backlog at the conclusion of the quarter both set new records.

In response to the strong market demand for high-speed internet, management stated that they are “making considerable work on our ‘Now of Age’ strategic plan to expand our capacity and rapidly scale our business.”

You may also read: Cardano following footsteps of ETH – what should we expect?

The stock rose from $85 to $100 in a matter of days as investors reacted favorably to the news. All-time highs were broken by this increase of almost 15%, and the stock finally rose above $130 before declining.

According to the Zacks equity research team, analysts’ estimates have increased during the previous 60 days. The change for the current quarter was from $0.70 to $0.80, or 14%.

Analysts predict that the momentum will continue in the future. Estimates for the current year have increased by $13.0, or 60 days, from $2.77 to $3.13. Analysts have projected figures 16% higher for the next year.

As long as the price stays above previous cycle highs at $86, the bullish trend seems intact. If we see a bearish breakdown, the next support could be at the 200-day average near $72.

On the upside, the target for bulls should be in the $100 region, before attacking the $120 barrier. 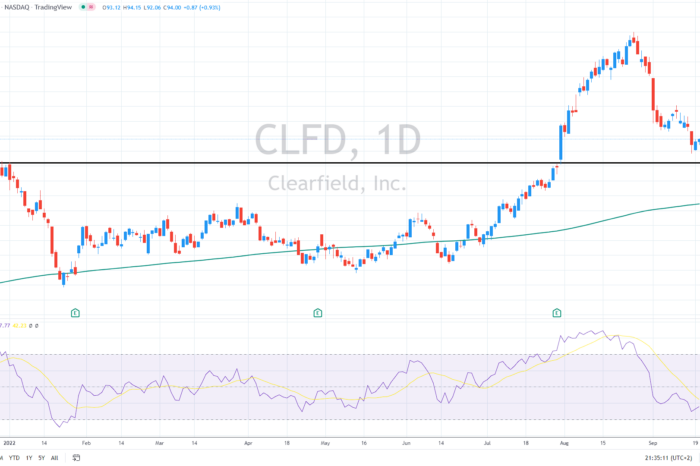