The bear market stopped for a while, and BTC was able to jump from $17.5k to $25k. Now BTC is at crossroads, and the next move is questionable.

While the crypto market was calm in the last few weeks, several signals are showing there might be volatility coming to markets very soon. So is the bear market over or not?

Profits vs. losses on Bitcoin

There are numerous indicators that people use to predict the future prices of assets. The chart below shows realized profits and losses on Bitcoin in the last two years, which, of course, moves with the trend.

You may also read: Forex outlook: EUR/USD, GBP/AUD, and CHF/JPY

When the bull market ended in November 2021, it started indicating realized losses and peaked this summer. Many traders and investors are now pondering the next move, and if this indicator starts to turn green, an uptrend might be on the way. 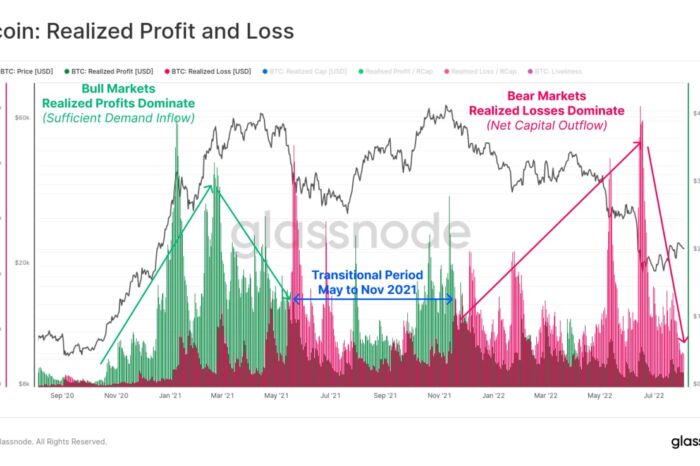 The well-known rainbow chart was showing sell and buy signals for years with high accuracy, and while it is not so precise, it helps by showing whether the market is genuinely overbought or oversold.

We also analyzed: The cost of living in a current crisis is out of control

And now, it shows a remarkably undervalued market, which is described as “a fire sale.” This means Bitcoin could go a little lower, but not that much anymore as it is in the lowest zone of the chart. 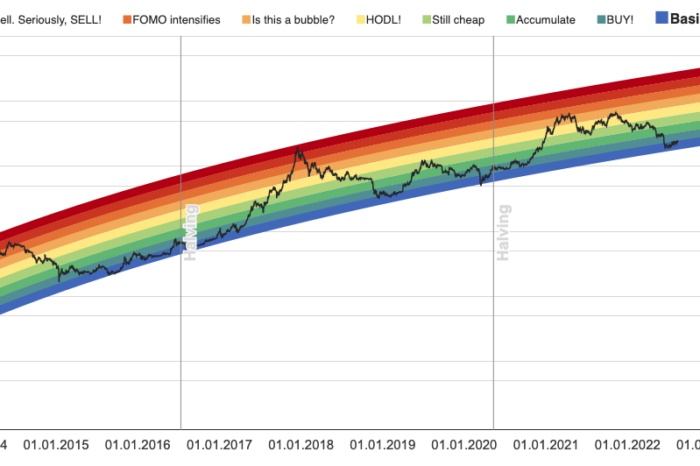 When the whole crypto market crashed after the Terra Luna fiasco, and the sell-off continued for several months, the fear and greed index was at one of the lowest points ever. First, it was around 10/100, then it climbed to 24/100, and now it sits at approximately 44, which is a neutral zone. This indicator’s rising value shows a certain “calm after the storm” and the cooldown of the bearish sentiment. 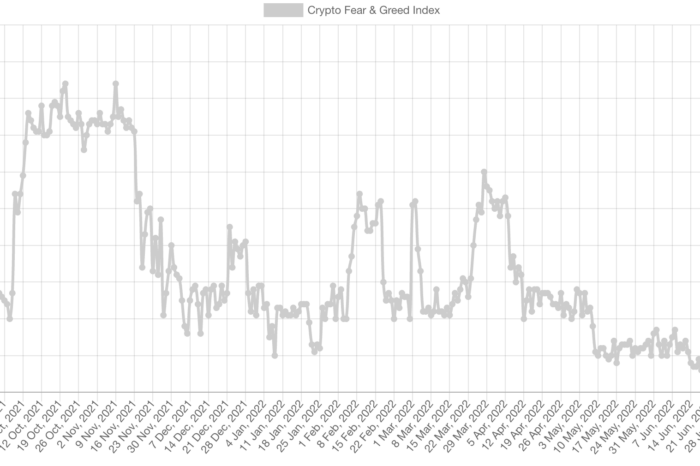 Bitcoin found its bottom at $17,640, a little below its all-time high level from 2018 at $20,000. The market made a 40% move upwards since then, and divergence clearly helped to see that Bitcoin will go up. While the downtrend is not over, there are many signs pointing to at least a short-term reversal to the upside. However, the $25,000 mark and trend line has to be broken first in order to move higher. 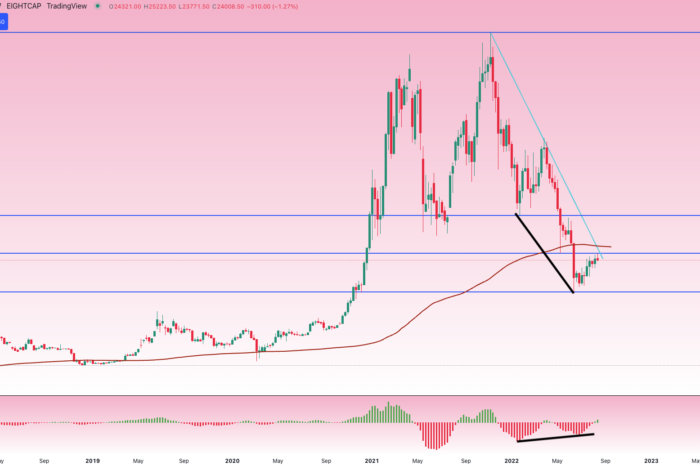 Bitcoin at the crossroads

Now Bitcoin is at a crossroads because it stopped at resistance and technical analysis shows several signs of a possible downturn. So if Bitcoin is supposed to go up, it has to break the resistance of $25,300 with a trend line 1, first. However, several bearish divergences point to an imminent move the south. But trend line 2 would have to be broken first. 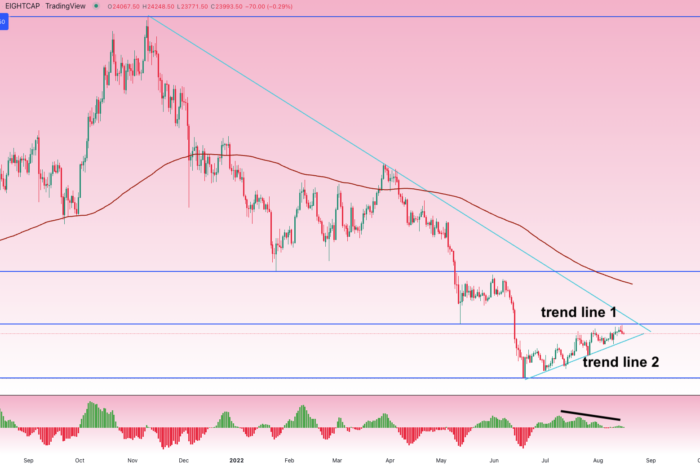 There is a number of mixed signals showing the next move upward as well as downward. A crucial moment to determine the next move will most probably be breaking one of the trend lines.